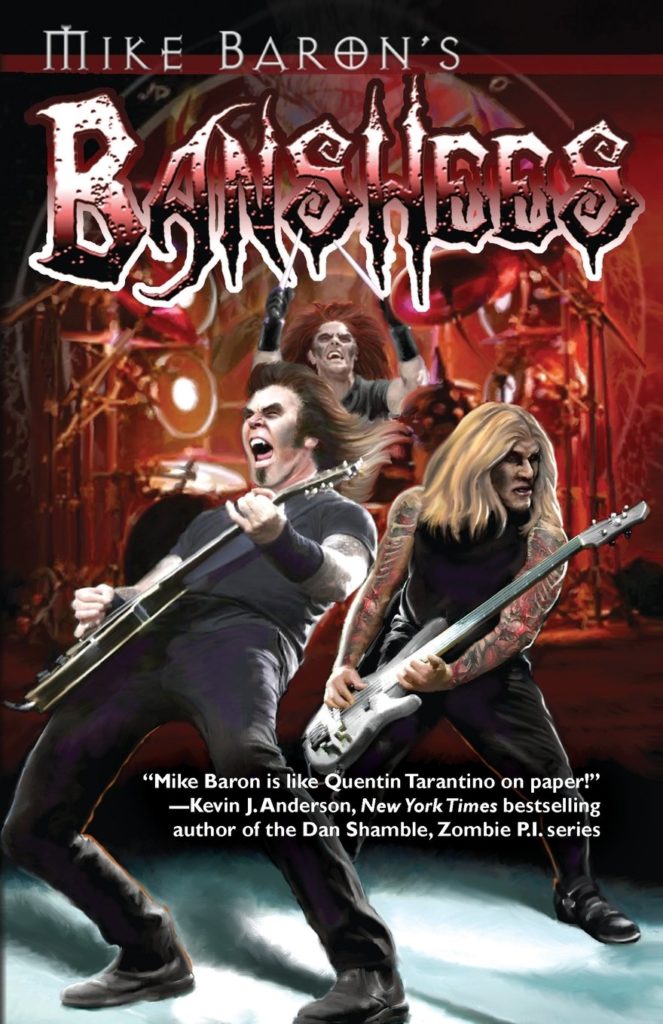 Notorious for their satanic lyrics, drunken excess and rumors of blood sacrifice, the Banshees shocked the world with their only album Beat the Manshees. Death stalked their concerts–lightning, stabbings, overdoses. The world heaved a sigh of relief when the Banshees all died in a plane crash. Or did they? Forty years later, with no fanfare, they appear in a seedy Prague nightclub. Ian St. James, son of original Banshees drummer Oaian St. James, can’t believe his eyes. Ian’s attempts to get backstage nearly kill him.

In Crowd sends hot young reporter Connie Cosgrove to cover the Banshees along with that old burn-out Ian. Ian falls hard for the stunning Connie who regards him with a mixture of disgust and amusement.
The Banshees phenomenon goes viral–are they real or is it all a brilliant publicity stunt? Every time Banshees play someone dies. Is it bad luck or part of some diabolical plan? As Connie and Ian dig into the Banshees’ past they find disturbing links to black magic, the Russian mob and an ancient Druidic sect.

This book grabbed me right from the beginning, I had to know what would be the outcome of the ritual in chapter one. This is a very unique story line and it keeps you wanting to know more. When Ian St. James went to a club to see a band claiming to be the Banshees, he wasn’t expecting to see the band that had died in a plane crash walk out on stage. He had to find out how they, his father and the other band members were there. I really liked how Ian wasn’t the typical macho man hero; he’s flawed, an addict, and a loser, but he proves he is meant to be the hero. With the help of his sidekick Connie Cosgrove, he is determined to get the answers he wants.

This is a fast paced book that will have you racing from the beginning to the dramatic conclusion! Adding in the darkness in the music industry and the satanic elements really had me, of course it’s a work of fiction…but it shows that some people will do anything to reach their goals.

I definitely recommend this book to any horror reader, but this book will also appeal to anyone who is interested in books about satanic influences. This is a book you don’t really expect when you start reading but you will end up wanting more when you’re finished.

Banshees is written by Mike Baron, longtime comic book writer best known for his stints on The Punisher, The Flash, and The Badger.

Check it out on Amazon right here: Banshees by Mike Baron at Amazon