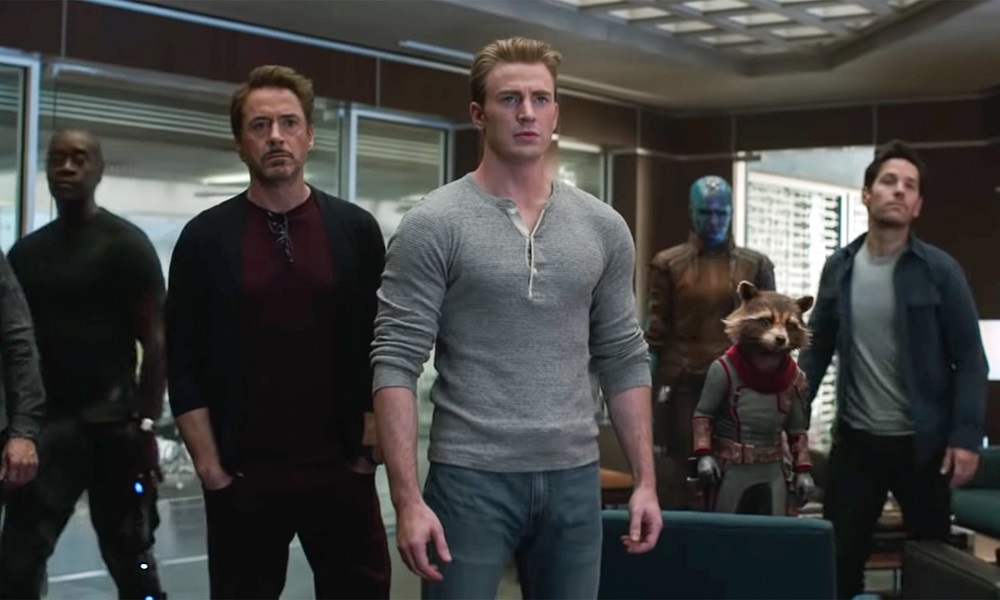 (Note: This review has been updated from the theatrical review to include details about the Blu-ray release.)

Avengers: Endgame is exactly, precisely what it needs to be. All else is details.

Talking about the film is intensely problematic, of course, for entirely understandable reasons. Spoilers seem to be one of the few things the entire Internet can agree upon, and features like Endgame thrive in part because of the surprises they hold. Which, of course leaves us little to talk about except in the vaguest terms. Yet even on that most basic level, Endgame reveals how much the MCU means for so many people, and why this richly satisfying conclusion to its first grand cycle couldn’t be more fitting if it tried.

Comic-book universes are packed to the rafters with beloved characters, but they’re easier to conjure when printing paper is cheap. Watching the MCU create the same conditions on an event-movie budget over 22 films has been breathtaking, and there’s no greater testament to its success than the impact it had when half of that roster literally vanished in a cloud of dust. Endgame scores its most important points simply by honoring the end of Infinity War and letting its characters respond.

In short, yes there might kind of maybe possibly be some way to restore the trillions of lives lost when the mad titan Thanos (Josh Brolin) snapped his fingers. (And no one seriously doubted otherwise, since some of the departed figures are starring in unbelievably lucrative stand-alone franchises). But it won’t be as simple as just beating him up and taking the Infinity Stones back. To do so, as directors Joe and Anthony Russo explain, would render Infinity War a cheap gimmick.

Instead, the surviving heroes spend the early parts of the film confronting what it meant to drop the ball against Thanos. Some crumble. Some soldier on or retire to raise families. Some go on blood-soaked rampages. All of them mourn. Endgame understands the value of that contemplation, and with the assembled cast all knowing their parts so well, the process becomes a joy. Robert Downey, Jr’s, Iron Man makes the most fitting example, though far from the only one. His recorded farewell to Pepper Potts (Gwyneth Paltrow) while adrift in space – all hollow eyes and crushing regrets – brings home the magnitude of the team’s failure the way all those CG ashes never could.

The same holds true for every figure onscreen, large and small. Only once we experience that grief with them do the Russos provide an opportunity to make things right.  The plan – triggered by Scott Lang’s (Paul Rudd) return from the Land of Super Tiny Things – carries an air of comic book slickness to it, which confounds our expectations and lets the directors throw everything and the kitchen sink at the screen.

More importantly, because the protagonists have had a chance to move on from Thanos’s victory, it gives the possibility real dramatic weight. Just because they’ve lost so much doesn’t mean there’s nothing left to lose, and their collective pledge of “whatever it takes” runs directly against some very hard choices. The Russos don’t shy away from the consequences, and their heroes never have an easy way out. (To paraphrase Jeremy Renner’s Hawkeye, “don’t you dare make me hope.”) The earlier human moments heighten those stakes far more than the eye-popping effects, and the resulting sacrifices become more than empty gestures

And yet, like so many of the MCU’s other entries, the essential gravitas of the conflict doesn’t come at the expense of the humor.  The Russos have proven remarkably adept at knowing when to throw the odd banana peel into the mix, which keeps the energy fresh and endears us further to the figures at the center of it all.

They also have tons of fun with their high concept redemption plan, about which I will not speak save in the most oblique terms. Early criticism cites a number of logistical issues at the heart of it all, as well as several apparent plot holes that should keep the How It Should Have Ended crew busy. This is partly by design considering what the MCU has in store for the future (to quote a pertinent figure, “stay tuned, true believers!”), but it also misses the point a little bit. Endgame reflects the over-the-top epics from the comics themselves: high-concept logic failures explained away by pseudoscience in order to get to the wacky results when you game the idea out. Endgame doesn’t just rest on its wild central macguffin; it delves into all the little kinks and corners and comes up with an endless array of cool scenes, shots, and individual moments. Poking at the technobabble ruins the fun, and Endgame ensures plenty of fun can be had just by taking its various superbly glorious notions and running with them.

To do all of that and yet provide such a strong and organic sense of closure makes Endgame the perfect capper to a decade of this extraordinary pop culture experiment. And like most of the other entries in the MCU, this one feels fitted for the long haul. The best discussions around it are the ones yet to come: after we’ve all had a chance to digest it and can openly discuss the myriad joys it holds. We’d expect nothing less from this crew, and while Endgame marks the definitive finale to this first decade, the MCU as a whole feels like it’s just getting started. You’ll never see a victory lap look quite as awesome as this one.

The Blu-ray set contains two discs – one containing the movie and one containing the extra features – as well as digital download instructions. Sound and image quality are outstanding, as is to be expected of a release on this level.

The extra features are standard-issue, but heartfelt and very much in keeping with the movie’s sense of closure. Besides the obligatory tribute to Stan Lee and an interview with the Russo brothers, four of the six “core” Avengers – Iron Man, Black Widow, Captain America and Thor – receive mini-docs of their own. A short about the women of the MCU, a gag reel and a series of deleted scenes complete the set. (The deleted scenes do not appear to contain the clip included in the “special release” at the end of Endgame’s theatrical run. The terrific trailers aren’t included either.)

Absolutely, though anyone eyeing the inevitable box set contain all of the previous MCU movies might want to hold their breath a bit longer. Christmas feels like a good bet for such a tempting bit of fan bait.