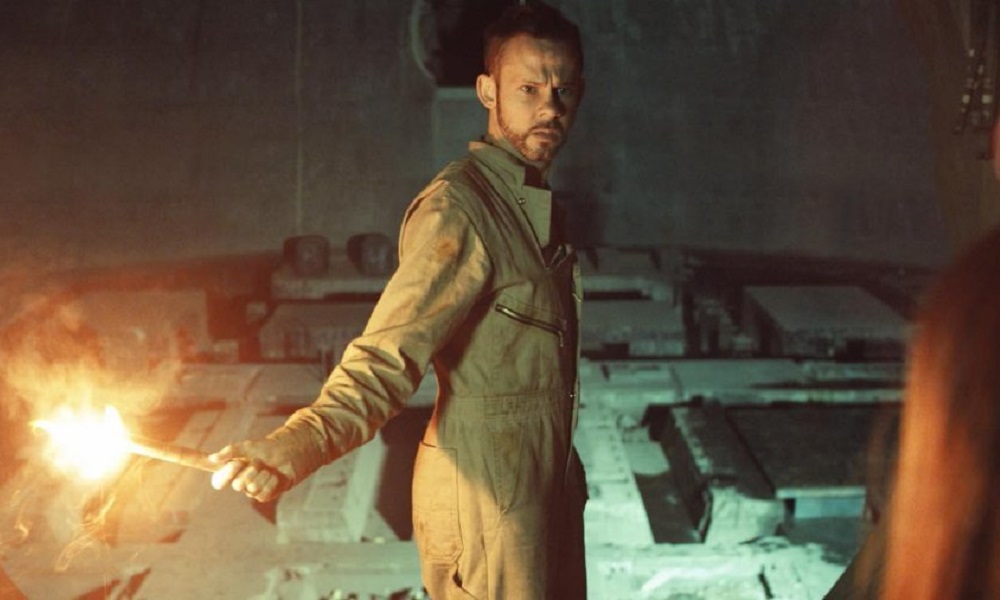 Syfy’s recent move into theatrical territory is less the result of an upswing in ambitions as it is a blurring of release platforms. What used to be relegated solely to the cable station itself now has numerous outlets to find an audience. Atomica’s release in theaters follows a standard ploy, since VOD and similar outlets are available as well. That’s actually not a bad thing, since it allows smaller projects like this one to find a platform and ideally find an audience without having to compete with the Avengers in terms of sheer spectacle.

Syfy, for its part, should be commended here for making an attempt at genuine science fiction instead of leaning on its Sharknado franchise and similar bottom-feeding fare. Atomica starts out with ideas instead of gimmicks and that’s to its credit. It goes further by being able to present those ideas on a small scale, with just a handful of characters and limited sets. Bringing in Dominic Monaghan helps: an interesting actor who can hold the screen agreeably and who makes creative choices to keep the audience slightly off-kilter. We never quite know where he’s coming from and as a catalyst for dramatic uncertainly, he’s a canny choice here.

Unfortunately, the movie itself doesn’t know where to go with its basic idea: undone less by a lack of ambition than an inability to make its core concept compelling enough. In the near future, a clean, renewable source of energy is developed: able to clean up radiation from previous bits of unpleasantness as well as power the entire the world. When a distant reactor runs into trouble, a safety technician (Sarah Habel) goes out to take a look, only to find a lone employee (Monaghan) hiding secrets and general mayhem behind ill-conceived facades, and a plant commander missing… and possibly off his nut.

It’s well-worn territory – set a few characters up in an enclosed space and watch them go nuts – but the sets look terrific and with more of a proper focus. A late-inning twist becomes apparent early on, and while the script is too canny to let the details slip, the movie just takes WAY too long to get there. It feels like an episode of an anthology show like The Twilight Zone or The Outer Limits, and had it run, say, 45 minutes, its concept might have hit a nifty little vibe. As it stands, however, even a scant 80 minutes feels too long: padded, meandering and never quite getting around to the point.

That leaves Monaghan to fill in the gap, as well as Habel making a game turn as the audience surrogate. They do what they can, but with so much riding on them, they simply lack the material to bring it home. That leaves us fumbling in the dark with them, waiting for the movie to kick into gear when it never quite does. It proves frustrating because there’s enough here to make a game go of the material. But if you don’t have a budget, then the script becomes all-important. This one, sadly, isn’t up for the challenge, leaving a sagging also-ran in its place.

Atomica is currently in theaters and available on VOD.