Assault of the Giants board game review

Jun 14, 2017 Assault of the Giants, Dungeonds & Dragons, Wizards of the Coast, WizKids 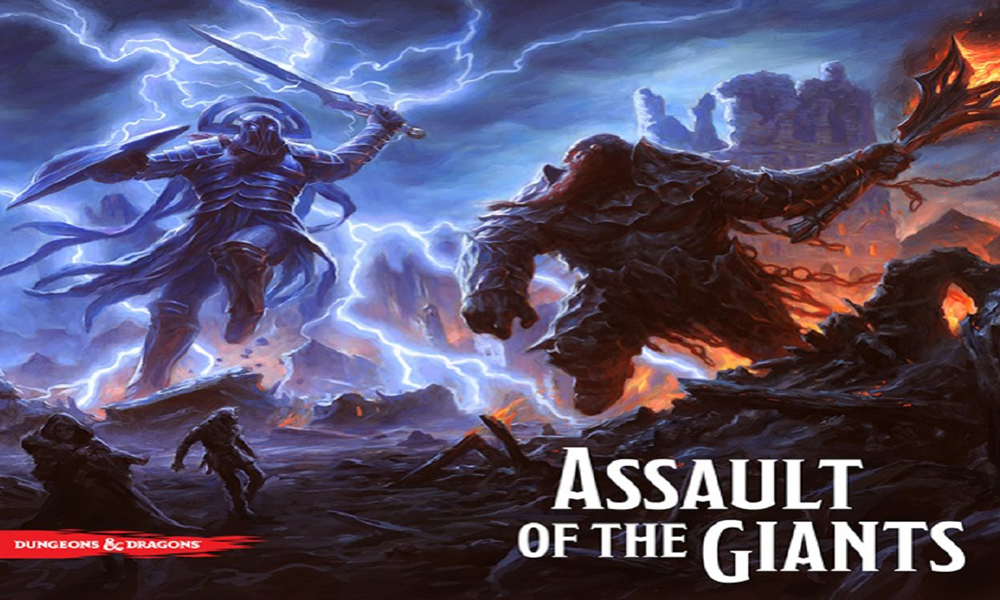 Back in the halcyon days of Advanced Dungeons & Dragons, one of the greatest and most enjoyable set of adventure modules was a series called Against the Giants, a multi-part adventure in which the players faced off against ever increasingly powerful races of giants. The spirit of those old modules is conjured up in Assault of the Giants, a new Dungeons & Dragons board game from Wizkids/Wizards of the Coast. Except this time around you get to play AS the giants! The game was designed by Andrew Parks. The story is rooted in the same setting as the extremely popular “Storm King’s Thunder D&D” adventure from 2016. 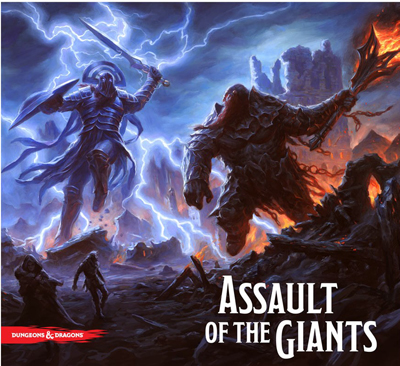 If you’re a fan of games utilizing miniatures get ready to fall in love! The game comes with a dozen very cool, 5” giant miniatures depicting the various giant races (Hill, Stone, Fire, Frost, Cloud, and Storm. Among the other contents is a large, sturdy game board, over 150 various types of play cards, over 200 various types of tokens, 12 combat dive and of course the rules.

At first glance Assault of the Giants may appear to be just Risk with giants and, quite frankly, if it was that would make for a fun time. But this game goes beyond merely war by moving miniatures across a map. The ultimate goal is to achieve the most “ordning’ aka victory points however the goals for victory and the style of play and strategy to gain victory is different for each of the six giant races making for a fair amount of replay value.

Each player gets a small deck of various cards such as command cards, resource cards, event cards, spell cards, leader/champion cards, story guide cards, and Giantslayer cards. Playing these cards in each player’s turn determines the events in the game. Moreover the result of the cards can vary based upon what cards your opponent plays and WHEN you play the cards which is one of the unique features to the game. Playing a card at the right or wrong time can have huge consequences in your ability to win the game. 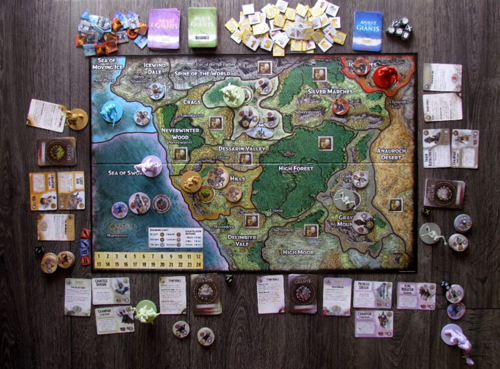 While most of your points are going to be gained by attacking and defeating the forces of other players, Assault of the Giants is about more than just warfare. There are objectives such as gathering resources, accumulating spells, pillaging villages, and utilizing Giantslayers to harass your opponents while you rest. These provide meaty story elements to the game to make it more than just a miniature-based war game. That said, Combat is still at the core and the combat system is fairly simple yet multi-layered in its approach to strategy.

The game board is a little small, especially when you start moving some of those huge miniatures around the map and it can look cluttered. That said, the game map which depicts a section of the Savage Frontier from the Forgotten Realms setting is simply gorgeous. The art of the various game cards and tokens is also exceptional so it really is a beautiful package. While the large miniatures are molded in a solid color, there is a premium edition of the game in which they are fully painted but it’s also $50 more! 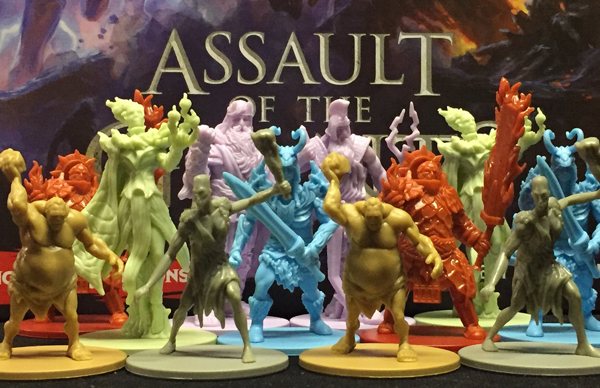 I would place the complexity of the game at moderate. Newbies are fine to play as long as there might be a more experienced player or two included. The rules book is large but well-written and easily understandable. Up to 6 players can play and the game plays in a brisk hour to 90 minutes.