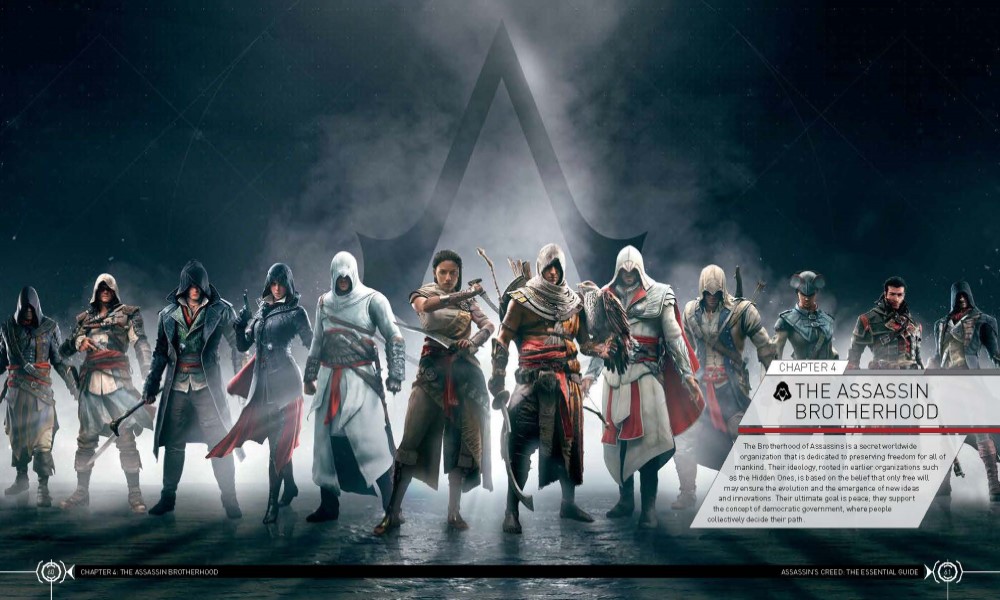 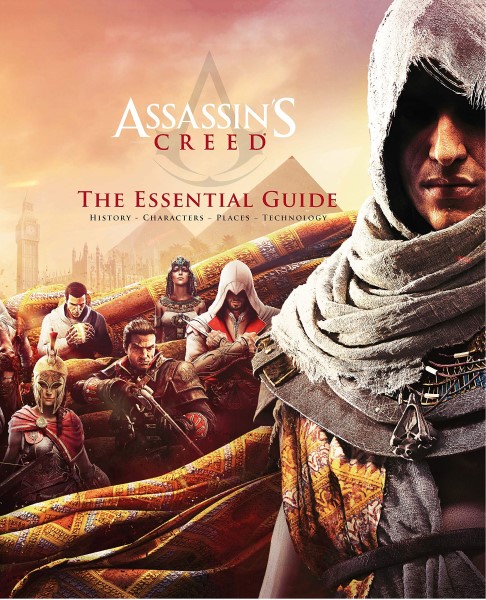 When the first Assassin’s Creed game was released back in 2007 it became one of those landmark games that you purchased a game system (in this case the Playstation 3 or Xbox 360) just to play. Over the next dozen years the series would encompass over 20 main and side games for various game systems as well as films, comic books, and novel adventures. Owing to its incredibly rich tapestry of characters and history, Titan Books has released Assassin’s Creed, The Essential Guide.

This massive, oversized, 256 page hard cover book covers the complex history, storylines, and characters that have made Assassins Creed one of the most successful videogame franchises of all-time. It became one of the best-loved ps4 games a year after the first version was released. Whether you’re a hardcore gamer who has played the series from the beginning or are just getting into it, you’ll find this book a valuable resource and a thoroughly engrossing read.

Now, let me point out that this book has nothing to do with playing the game. It’s not providing game tips, or walk throughs. Instead it focuses on the story elements, timelines, places, and characters. It all starts with an introduction to the Assassin Brotherhood and The Templar Order. As players know the storyline history of Assassin’s Creed predates the first humans and the guide details this ancient history, its pantheon of Gods, and its powerful artifacts.

The game’s multitude of central and supporting characters are detailed from the time of the ancient Greeks and Romans to modern day. You’ll get an inside look at the training, abilities, and history of both the Assassin Brotherhood and Templar Order including its most famous members.

Chapter 6 is devoted to the weapons and technology found throughout the franchise including various warships. Chapter 7 delves into the locations and settings/time periods and how the various factions and characters influenced each. The last chapter includes a fun look fanbase of Assassin’s Creed shown through their online gaming groups, cosplay, original videos they’ve created.

The book is lavishly illustrated with hundreds of pieces of original artwork and screen captures from the games to pull the entire package together into one gorgeous tome. This is without question a must have book for any fan of the series.