Ashes is an oddity: a comedy trapped inside of a horror film.

It’s not clear if the comedy stems from the characters (who are effortlessly likable) the bizarre tonal shifts that sporadically made me legitimately laugh aloud between bouts of violence, screaming and gloom or if there was one kind of script that morphed into another in the space of a few drafts. 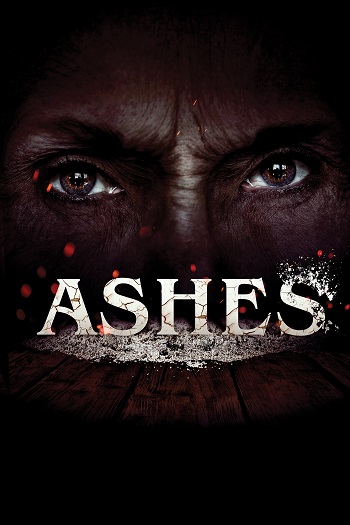 Example. The production displays the story in the form of remarkably honest and uncensored interviews with a recently bereaved family. Each family member is well fleshed out and the actors are top notch with a realistic flippancy to subjects other films might treat as sacrosanct in the mistaken belief that drama requires melodrama. Ashes instead opts for verisimilitude: ordinary people tend to handle questions of grief and the supernatural with a shrug and a halfhearted joke. It did make me want these people to succeed and survive because of how much they seemed to genuinely feel for each other, as represented by how comfortable they were speaking their minds. Since the atmosphere was so solidly rational and contemporary it was difficult to reconcile with the spooks and shocks to come, but that was part of the effectiveness of the films overall I believe.

Some goofiness is to be expected when the chemistry of a cast clicks, but other goofiness like the ridiculous online add for a pair of exorcists or the long-suffering father grumbling while he performed rituals recited to him over the internet teetered on the edge of parody. Nothing is wrong with a spoof, but it’s not too often you see elements of blatant humor dusted over a script that also has body horror and extreme emotions that are not played up for laughs. Even the tagline for the film ‘Laugh After Death’ seems like it would be at home is a sendup of horror films rather than one which is, when all is said and done, pretty solemn and deliberate with being a horror film specifically with elements of comedy rather than a horror/comedy.

Maybe it’s just a testament to the enjoyable comic relief. Apart from the chuckles and good will the film earns, the scares are also pretty solid. There’s an over reliance on bombastic noises for jump-scares and the context of the characters talking directly to camera is never completely explained.

Still and yet a fine cast goes a long way to making a compelling experience. You’re laugh, you’ll cry, you’ll wince…and every time thankfully you were probably intended to. It’s not reinventing the wheel, but it pokes enough fun at the genre and is a nifty little addition to horror itself to be worthy of recommendation.