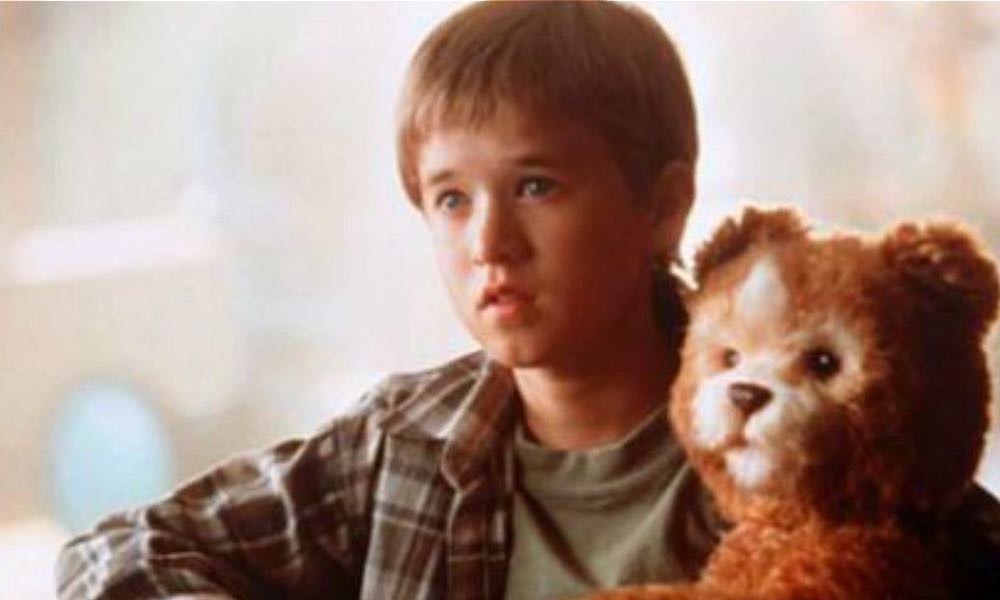 Rewatching 2001s Artificial Intelligence this evening, I was struck by how closely the world of the near future the film portrayed closely resembles our reality of today. This is not a happy film, quite the opposite; Artificial Intelligence even seems close to a horror movie at times. This is a film designed to evoke an emotional response, and the film’s script, along with Spielberg’s direction, gets the desired results in spades. The film begins with a warning about the existential threat posed by climate change with an introduction that includes a description of a world transformed by inaction, including the lives lost.

The story  Artificial Intelligence tells, I suppose, could be described as a very dark and creepy fairy tale that at times closely resemble a nightmare, especially if you were unlucky enough to be born into the world the film portrays as a robot. Along the way, the film raises questions regarding subjects like true love and real commitment. Although pretty dark, this is, at times, a visually stunning and mostly entertaining film with excellent CGI, props, and special effects, all contributing to making this a first-class production.

Artificial Intelligence thoroughly explores the relationship between humans and the machines they create to labor for or amuse them, and the portrait it paints is not a pretty one. The film’s portrayal of humanity is not flattering; it puts our fickleness, meanness, and lack of responsibility for our actions front and center. And as the story develops, it continues to worsen until it becomes apparent that humanity, as a species, is the villain here, from the irresponsible manufacturers that should have at least given the creation a modicum of social skills and some common sense to the lonely self-centered, spoiled woman with no parenting skills who attempts to replace her comatose son with a robotic surrogate, who she then abandons. Her shortcomings are not too surprising because she’s human, and people, as we all know, come with no guarantees. Likewise, humanity’s flaws are all-too-apparent and on full display when the film portrays the segment that portrays the anger-fueled mob at the Flesh Fair, a futuristic form of entertainment that features destroying robots in various mean-spirited ways A crowd that strongly resembles a certain segment of poorly educated people that exist within our society today. No matter where you turn in the future the film depicts, interacting with the people who built them usually ends badly for these technological creations. Humanity is portrayed as like children who later seem to enjoy destroying the things they create without remorse.

Not familiar with this title, or having terrible remembering this film? A.I. Artificial Intelligence (also known as A.I.) is a 2001 American science fiction drama film directed by Steven Spielberg. The screenplay by Spielberg and screen story by Ian Watson were loosely based on the 1969 short story “Supertoys Last All Summer Long” by Brian Aldiss. It stars Haley Joel Osment in his most memorable role with a fine performance by Jude Law, Frances O’Connor, Brendan Gleeson, and William Hurt. Set in a futuristic post-climate change society, A.I. tells the story of David (Osment), a childlike android uniquely programmed with the ability to love.

The film,’s events to an extent, parallels the story of Pinocchio, a story David is familiar with. Like Pinocchio, David aspires to become a real boy, an accomplishment he thinks will win him renewed favor with his surrogate mom. And because he knows no better, he uses the story as guidance for setting out on a futile crusade to meet the imaginary blue fairy so that he can regain the love of his surrogate mother that abandoned him.  Attempting to do this is the only choice he has because of how he is made. Joining him on this journey is Teddy, a smart toy in teddy bear form that was gifted by his human mother and who, unlike the humans, remains his faithful companion throughout the film. In a way, to me, Teddy is the hero of this story. Although this is a sad, tragic story at its core, the film’s fairy-tale finish offers some small mercy to the buy robot who, as long as he exists, can not stop loving the memory of the woman he briefly called mom.