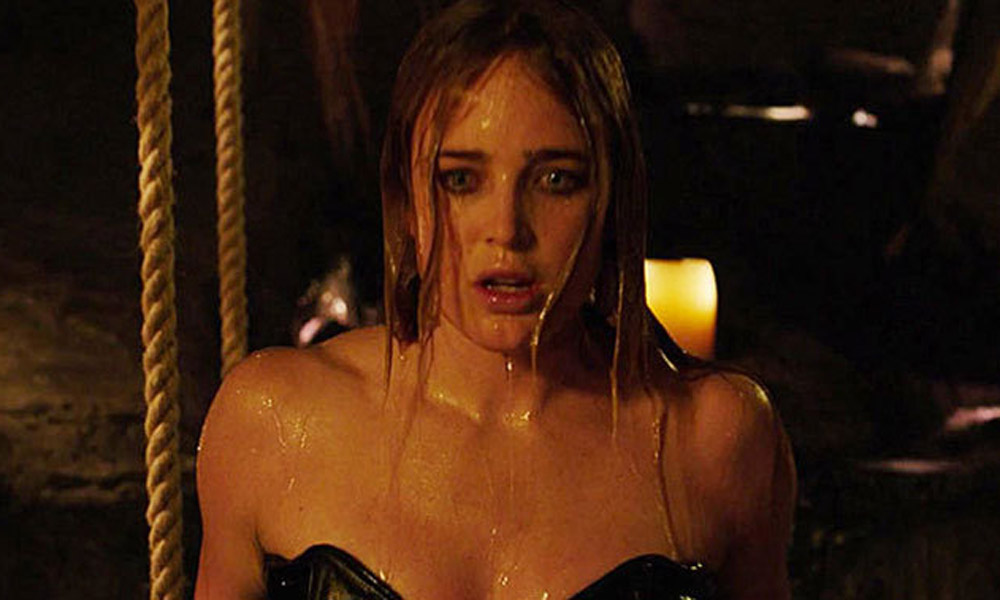 As we saw last week, Laurel and Thea decide to return to Nanda Parbat in an attempt to cure the blood lust that has come over Thea since her dip in the Lazarus Pit. But they are not going alone. Laurel digs up Sara’s body and plans to use the Pit to bring her back to life. I’m not even going to question how they dug up the coffin and toted it around town to the airport and got it on an airplane. I mean aren’t the Queen’s still poor? Or are they rich again? In any case on a scale of 1 to 10 of bad ideas this rates about a 95. And it’s not just me…When they return with the body, Malcolm Merlyn—the new Ra’s al Ghul—outright refuses on the grounds that Sara has been dead for far too long. 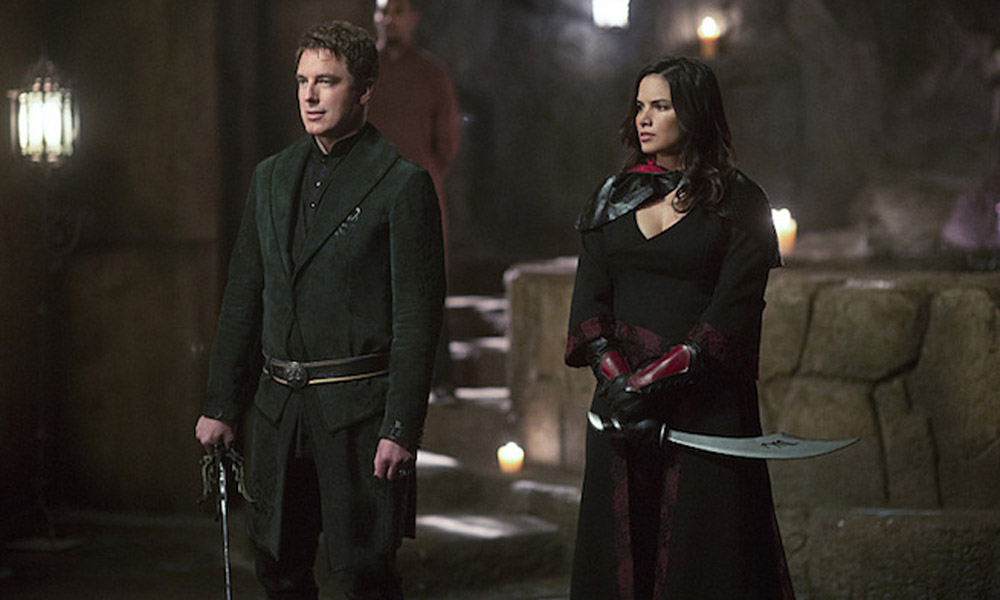 Malcolm can help his daughter Thea, however. All she needs to do is kill a few people and the blood lust will go away…for a while anyway. Thea is still level headed enough to reject that idea so he tricks her by offering up a couple of the League of Assassins members as fodder by attacking her in the night. Thea kills them and while her rage is quelled she is repulsed by her actions and those of her father. At the risk of losing his daughter forever, Malcolm relents and agrees to put Sara into the pit. After a Doctor Frankenstein moment, Sara returns to life but is more animal-like than human and has to be restrained.

Back in Star City, Diggle learns who it was that hired Deadshot to kill his brother. While he and Oliver track her down, they are attacked by a new metahuman named Double Down whose body is tattooed with playing cards. He can pull the tattoos off his skin and use them as deadly projectiles. Oliver takes a “playing card bullet” for Diggle, saving his life. The action finally lets Diggle know he can trust Oliver again.

So we had two very different plots today and while I enjoyed both, they were filled with absurdities. Would Malcolm really risk his daughter’s life by unleashing two assassins on her? Seems a bit thin to me. But hey…Sara is back although she’s going to need a load of sedatives to calm her down. Of course we know she is going to be in the new spinoff “Legends of Tomorrow” so it will be interesting to see if she is cured by then or if her rage will be an ongoing battle.

Double Down launches an attack on Felicity and Curtis Holt at the office of Palmer Technologies. And Felicity leads him right down to the Arrow Cave. And so now Holt knows she works with Green Arrow although he doesn’t know his identity…yet. It’s only a matter of time because no one can keep a secret identity long in the DCU shows. But did anyone notice the silver little gizmo that Curtis created that had the Mr. Terrific emblem on it? That was a nice touch. Many of the villains on Arrow and The Flash are minor and often disposable but that’s ok. At least they are using villains from the comics and not making up on the fly as we saw in the first few seasons of Smallville.