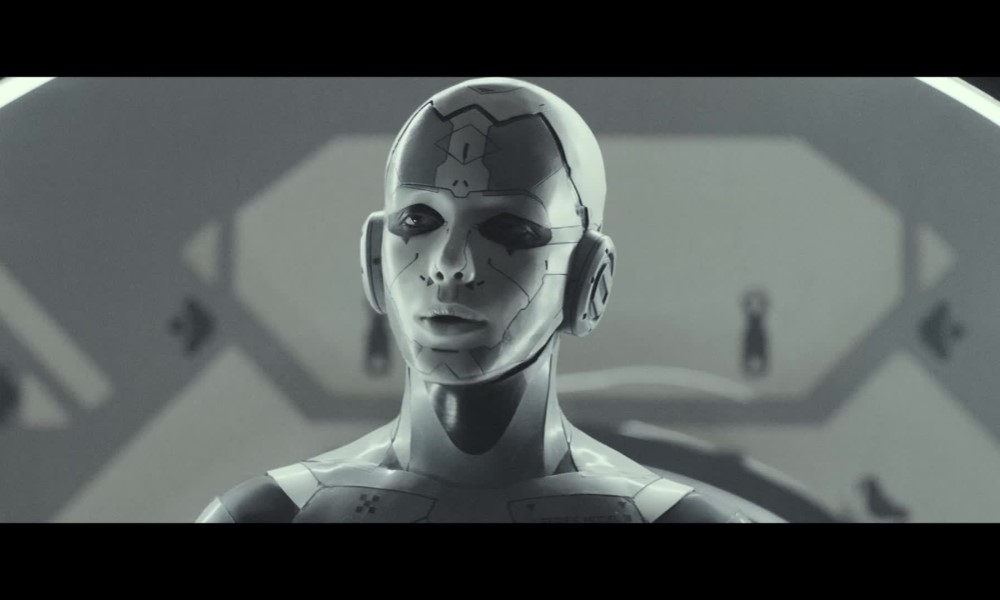 Some movies feel like puzzles made out of other movies taken apart and put back together. That unique spark never quite clicks to the throw off the sensation you’ve seen all this before in slightly different contexts. This impression might be unfair because the creator happened to discover imagery and idea similar to other artists by pure coincidence or studios naturally gravitate towards productions that feel similar to other successful high profile projects. 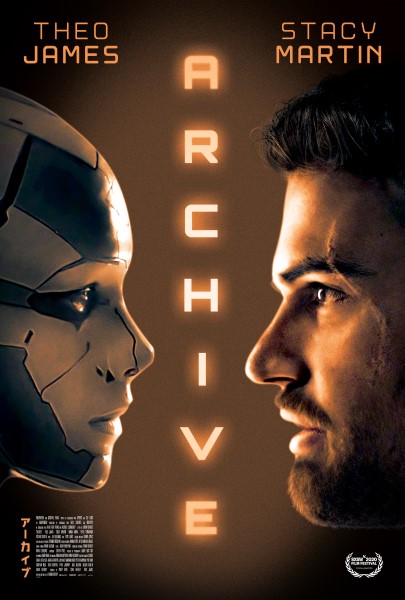 But if you’ve seen the movies Moon, I, Mother, Alien Invasion S.U.M 1, Oblivion, Ex Machina, Replicas, The Machine, Prometheus, The Signal…there isn’t a single aspect of The Archive you haven’t seen already in something else.
Heck the writer director was actually part of the art department for Moon! Way to branch out.

For all the impressive looking visual effects, practical sets, and professional grade costumes, lighting, and camerawork the acting usually verges on amateur hour, the writing is obvious and wan, and the makeup work is hilariously unconvincing. The music is generic and uninspiring. For what feels like work to sit through you aren’t rewarded with anything compelling.

This is the kind of movie that was built from a grand vision that no one else will care about because the creator cannot seem to comprehend that all of these themes, all of these aesthetics, are not original in the slightest. Maybe someone is still impressed or moved by estranged loved ones using technology to attempt to bring back the fallen but truly to atone for past regrets, but by now I’d be amazed if a single smaller budget film WASN’T about this same theme.
And yes, there’s a big surprising reveal at the close. Well, it might have been surprising if it hadn’t been relatively obvious from a hundred different clues, the story hadn’t moved at a snail’s pace, and any one character might have had enough of a personality to care about.

We’ve seen this sleek futuristic lab with automatic doors in a hundred films before this one. The robots all look familiar. The technology is all completely familiar. Every plot point, plot twist, beat of characterization: it’s practically a pastiche of sci-fi or a best of indie genre pictures.

If you really must watch yet another generic science fiction film which is wrapped around an equally generic angsty riff on love and loss, I guess this one is pretty. Clearly a lot of money went into the superb costumes and sets, but that effort feels misplaced if the main body is so dull and samey.

There has to be an audience for this or they wouldn’t keep making them but I figured the indie scene was there to shine with new ideas, daring departures. This is just the same robots, the same characters, the same stories I’ve seen and likely you’ve seen before with earnest but futile dedication to the illusion they are somehow bold and fresh ideas.

Now out on VIRTUAL CINEMA SCREENINGS, ON DEMAND AND DIGITAL