Animation Planet: Some OF Our Favorite Genre Animated Productions 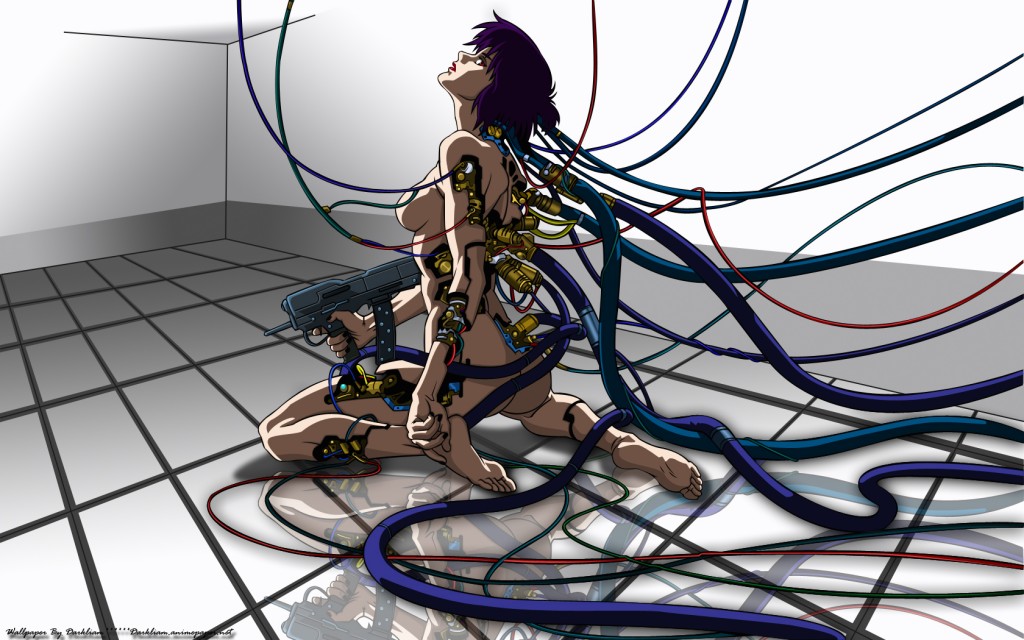 From its earliest days, there’s a long-standing attitude in the US that cartoons, or animated films and tv series are for kids only and if you are an adult it’s expected that you no longer have any interest in these brief explosions of color, motion, and sound. In the United States, before the enforcement of the Hays Code, some cartoon shorts contained humor that got aimed at adult audience members rather than children. Following the introduction of the Motion Picture Association of America film rating system, independent animation producers attempted to establish an alternative to mainstream animation. Initially, few animation studios in the United States tried to produce animation for adult audiences, but later examples of animation created for adults would gain mainstream attention and success. Genre animation has been with us throughout this period. The evolution of animation took off from that point in its history. 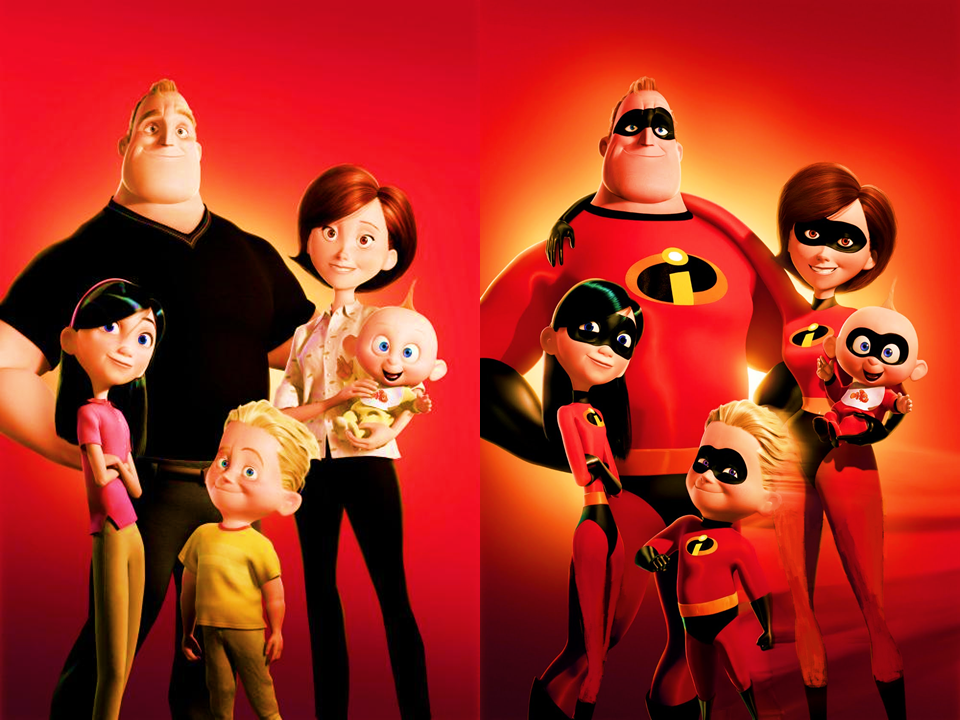 That ‘animation is beneath me’ attitude is not shared by many other cultures globally; in fact, in some countries, such as France, and Japan, adult, and genre animation is more popular than the stuff made for kids.  There were some examples of a more “adult”-styled genre animated productions that emerged like Jonny Quest (1964-19650, and attitudes continue to change to this day slowly. Of course, any history of animation must include Disney, along with Pixar, who are a big part of the reason why, not by creating more adult animated productions with mature themes, but by being themselves and making their brand synonymous with high-quality productions. Admittedly the adults, in this case, are mostly delighted by films meant for their kids and not for more mature audiences. Pixar comes much closer to actual adult themes in their productions, but what we are focusing on here is a whole different animated animal and the work of artists you might not have necessarily heard of; names like Shirow Masamune,  Ralph  Bakshi, Frank Frazetta, and others. 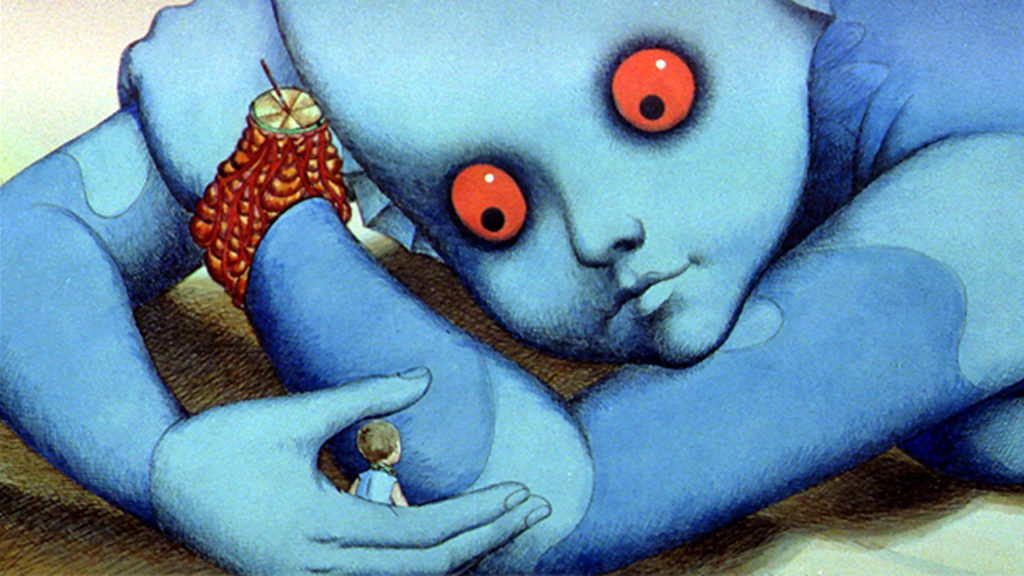 Internationally, adult animated films have gained more acceptance than here in the states. In 1973, Rene Laloux directed one of my personal favorites, La Planète Sauvage based on the French science fiction novel Oms en série by Stefan Wul. Fantastic Planet is a brilliant otherworldy film meant as a metaphor for social injustice. It got marketed in the United States and the United Kingdom as Fantastic Planet, and several DVD editions were released. (article continues below trailer) 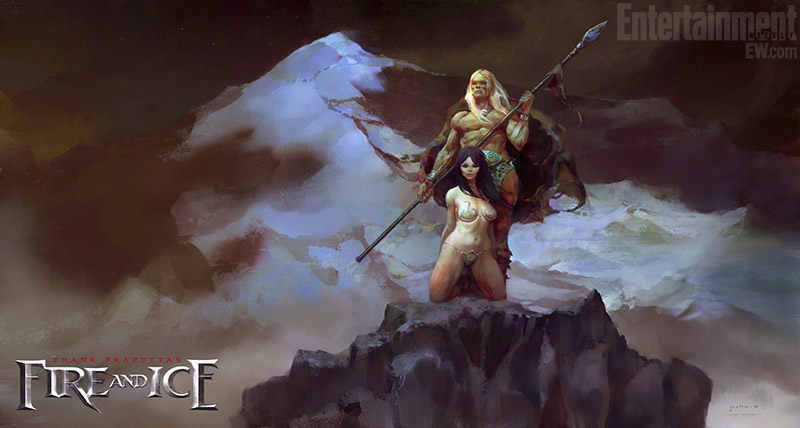 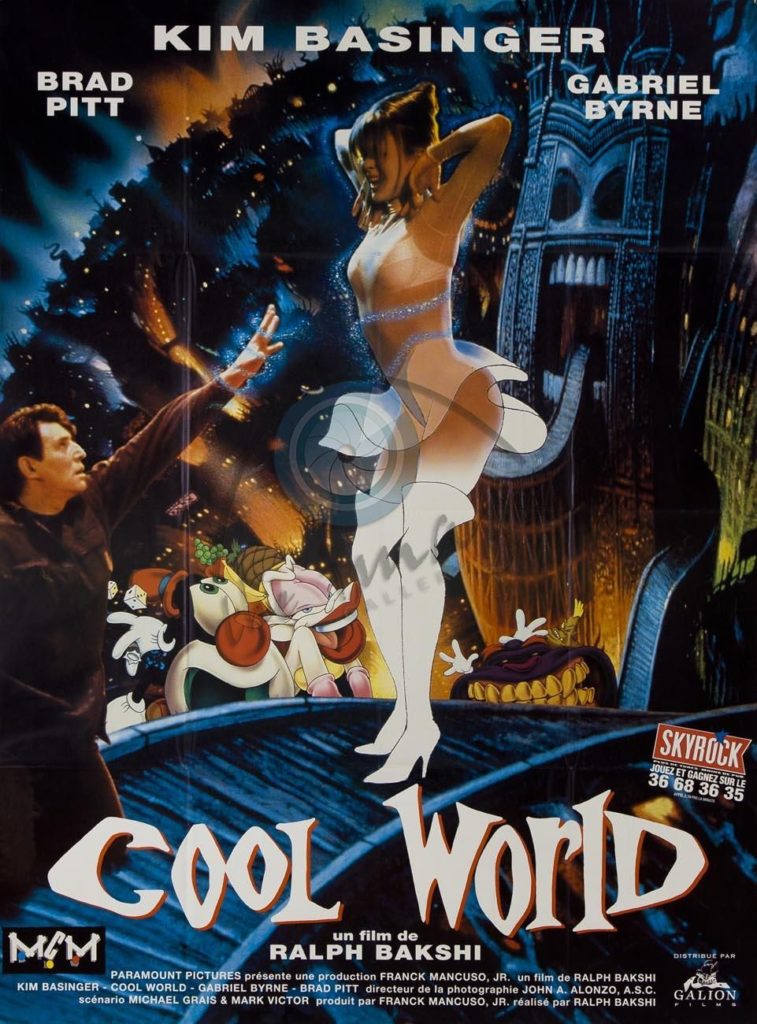 Another animator closer to home was having a revolution of his own that led to several commercially successful animated films. By the late-1960s, animator Ralph Bakshi felt that he could not continue to produce the same kind of animation as he had in the past. Fritz the Cat was the first animated film to receive an X rating from the MPAA and the highest grossing independent animated film of all time. While the movie got widely noted in its innovation for featuring content that had not been portrayed in American animation before, such as explicit sexuality and violence. The film also offered the commercial potential for alternative and independent animated films in the United States, as the film provided a mature, satirical portrayal of the 1960s, including the graphic representation of drug use, political tension, and race relations. Bakshi’s contribution to genre film was the production of several animated fantasy films, including Wizards, The Lord of the Rings and Fire and Ice. Bakshi did not produce another animated feature film after the 1992 release of Cool World. 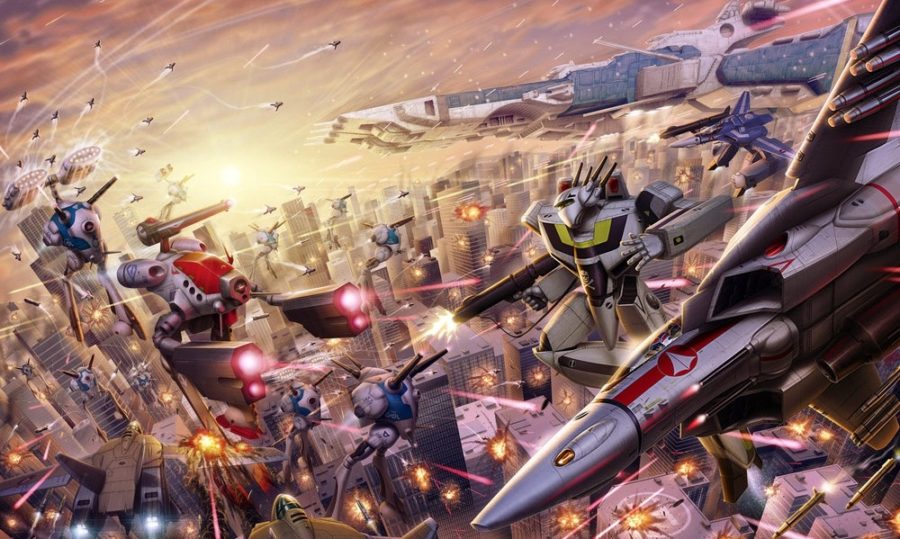 We cannot proceed without acknowledging the action-packed and cool post-industrial excellent work out of Japan that gave us all the giant robots and mecha we love so much. Titles like Macross, Robotech, and Gundam have earned a permanent place in the Genre Animation Hall of Honor and led to the creation of other animated titles like The Transformers and films like Pac Rim. 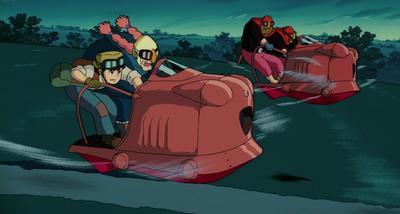 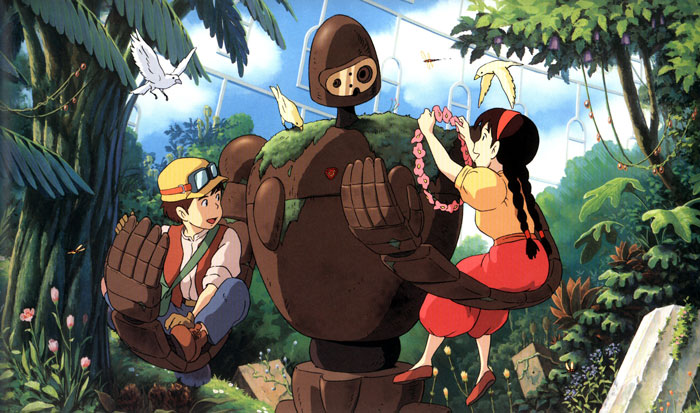 Another classic genre animated classic that is enormously enjoyable is Laputa: Castle In The Sky (1988) produced by Studio Ghibli and Hayao Miyazaki the widely acknowledged greatest living master of analog animation on this planet,  who has an impressive list of incredibly beautiful animated creations to his credit; a stellar reputation well earned. 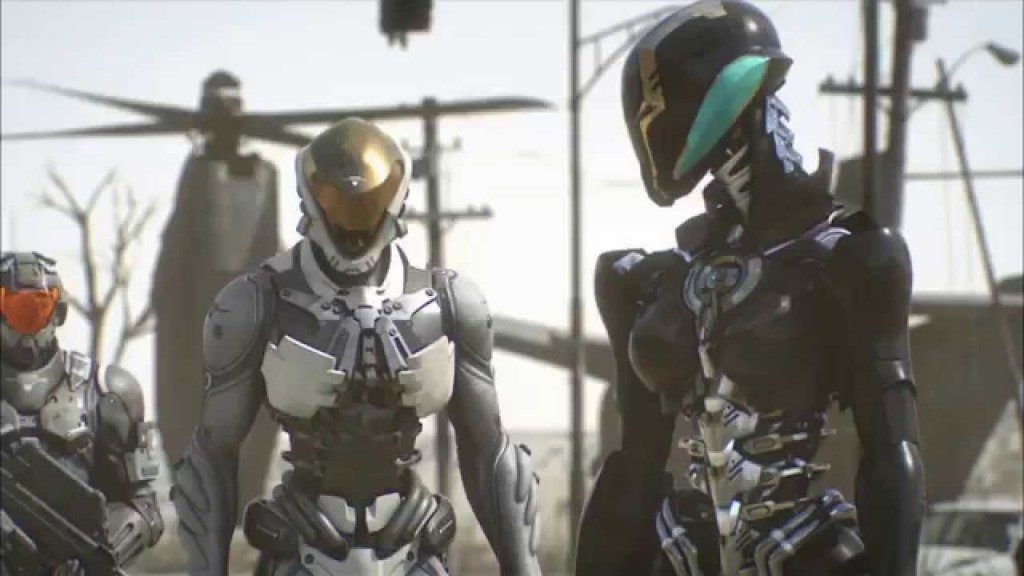 Of course, computer animation had an immense impact on the art form as a whole, and it seems to have increased the quantity, if not always the quality of genre animation being produced recently also.

There are fewer better examples than the work of Shirow Masamune (Masanori Ota) and his delightful cyberpunk visions of a high tech future depicted in films like Ghost In The Shell (1989) and Appleseed (1985) which garnered him international fame. His ideas seem to represent the most adult themes of any animation creator accompanied sometimes by the darkest part of the genre animation world with cleary and graphically portrayed violence and unmistakable sexual situations also graphically depicted. 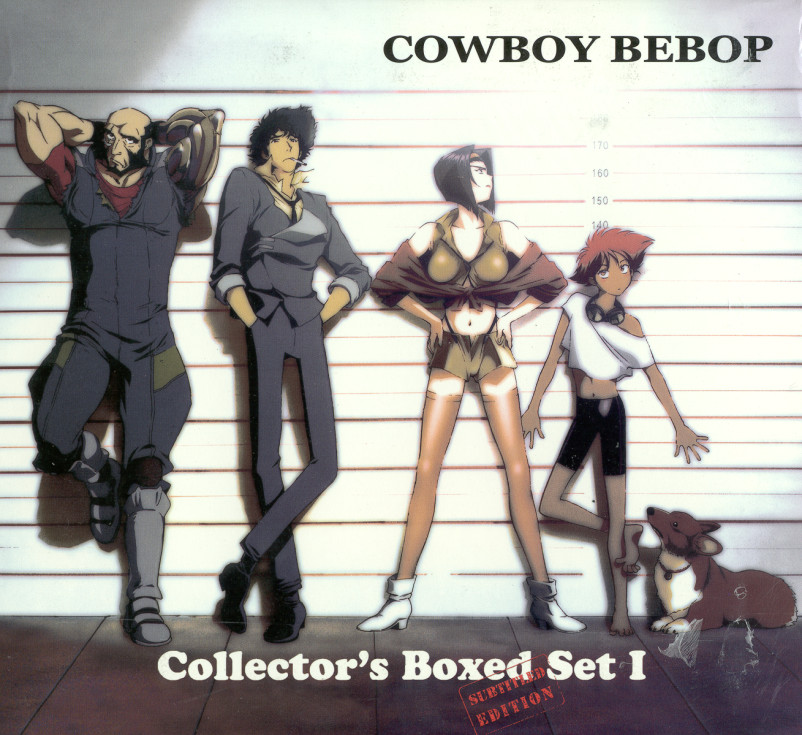 When speaking of genre animation created for television there are not many productions that can match the vision, wit, action, adventure, humor and pure enjoyability of Cowboy Bebop (1997-1998), the outer-space adventure series about future bounty hunters, with a both western influences and touches of film noir, in this top-rated excellent series. 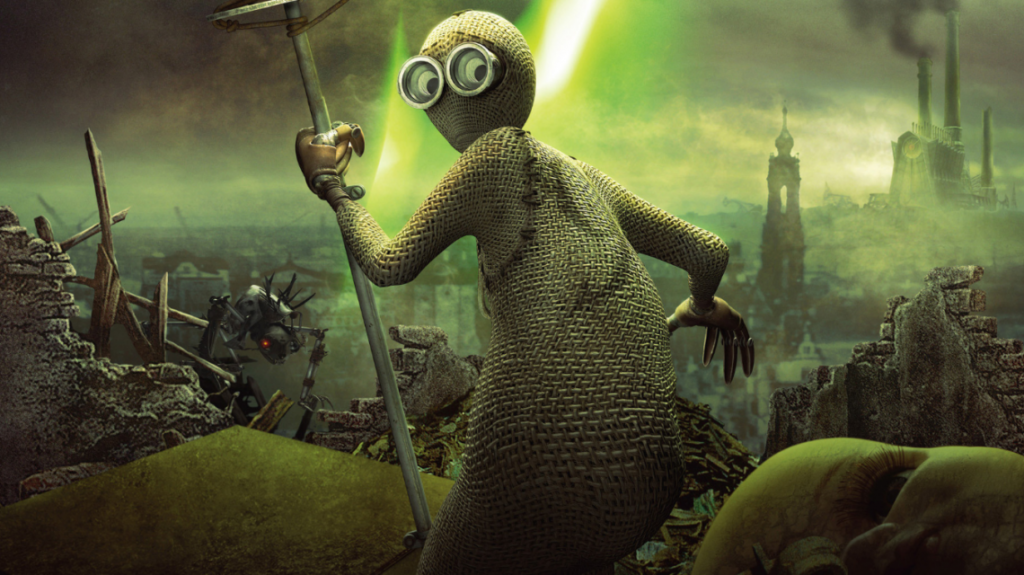 Another more recent example of genre animation is the sorely underrated Nine (2009). I love this movie and wish it had gotten discovered by a wider audience. Conceived as a CGI feature adaptation of director and special effects artist Shane Acker’s Academy Award-nominated 2005 animated short, a weird rag doll voiced by Elijah Wood finds itself in a strange, spooky, and dark post-apocalyptic world without humans.

Another more recent film that does not occupy the same rare altitude as some of the other productions listed here, but still worth a  watch is the sometimes forgotten Titan AE (2000) is also an animated science fiction film with a story that’s more like a Jules Verne adventure set in space. 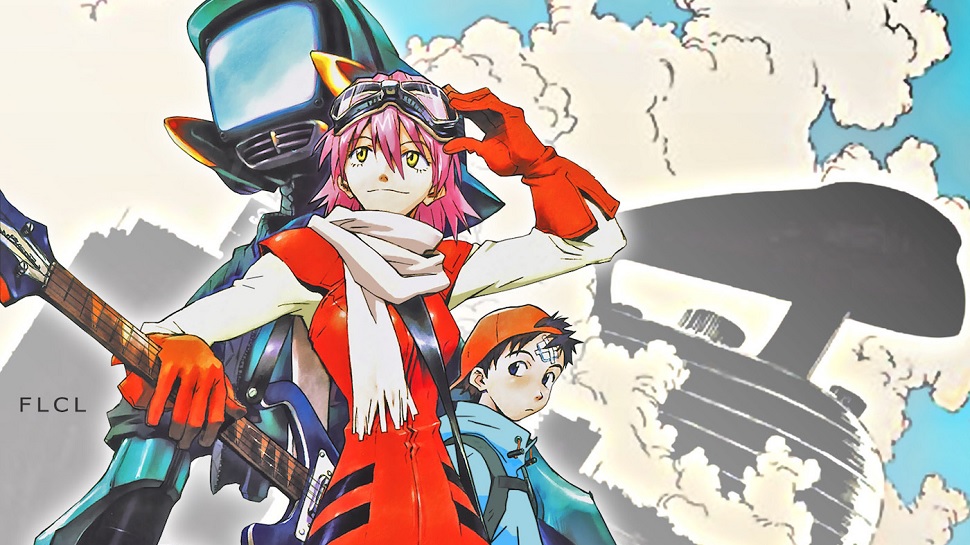 Last up, but not least, We have Fooly Cooly; aka FLCL a cult classic of Japanese anime. This series is another of my personal favorites that tells an incredibly quirky, oddly strange science fiction story about alien visitation that is both engagingly surreal, weird, and unique with an added touch of humor; this is an excellent series overlooked by western audiences that deserves better, because genre animation doesn’t get much better than this. That’s it, for now, Sci-Fi fans, what animated series or film titles do you love that I might have missed? Be sure and let me know or make any comments about anything at all in the space provided below, and, as always happy viewing.