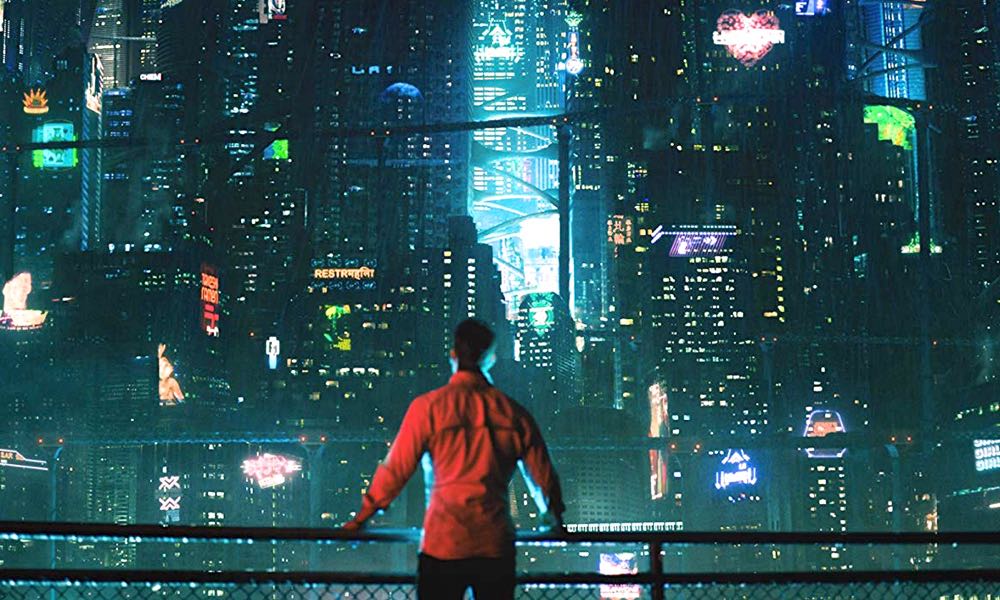 It’s easy to understand why so many genre fans might like Altered Carbon season one. This slick, sexy, and stylish thriller is an exercise in world-building that depicts an intriguing high-tech future we would all like to visit, and depending on the size of our bank account, maybe even live in for much longer.

Altered Carbon’s first season firmly entrenches itself as one of the best examples of the ‘new’ post Game Of Thrones adult genre material since that notable series ended. Altered Carbon fulfills its obligation to entertain by not just telling an engaging story but by telling several engaging stories that eventually get woven into a tapestry of intelligent and satisfying narrative that is entertaining and explores a brutally violent future corporate dystopia and becomes a commentary on the human condition. The series maintains the feel of a hard-boiled detective story throughout its first season.

First and foremost, this is a classic detective story with all the typical detective story trappings in place. However, Altered Carbon is an excellent example of modern neo-noir styling. The classic noir detective story finally comes of age in this series. Released from the past constraints and boosted by adult sensibilities portrayed through an abundance of raw dialogue and nudity, Altered Carbon emerges as possibly one of the most excellent productions of this type ever. This series represents noir taken to the next level.

Also, it probably doesn’t hurt that, visually a least, the future San Francisco, portrayed in the series as Bay City, where most of the action takes place, bears a strong resemblance to the world of  Ridley Scott’s classic Blade Runner, a similarity I suspect that is not entirely accidental. It’s all here, the flying cars, the continuous rain, the open-air shops, and restaurants. The shadowy and narrow streets and alleys serve as the nocturnal activities set in the city’s perpetual night.

In case you are not familiar with the series, Altered Carbon is an American action/mystery/thriller television series created by Laeta Kalogridis and based on the 2002 novel of the same title by English author Richard K. Morgan. In a world where consciousness can be transferred to different bodies, Takeshi Kovacs, a former soldier turned investigator, must solve a murder.

Like most well-constructed productions these days, this series’s overarching narrative is a nicely balanced collection of tropes arranged in an appealing and original-seeming manner populated by compelling characters, relationships, and situations. The series seems, at times, to lose itself in subplots while ignoring the central mystery, but in this convoluted narrative, it turns out everything is connected. This series forces the viewer to pay attention; it’s easy to get lost in its sometimes non-linear, convoluted narrative.

Yes, there is more than one story here. As the series develops, it turns out to be a wide-ranging story that spans centuries. Several well-crafted subplots lead in multiple directions that the series explores. There’s a little something here for everyone, from military action to romance, including something unexpected along the lines of an old testament drama involving siblings. Starting with the detective story plotline that serves as a catalyst to set things in motion, this story also incidentally introduces the series lead character, Takeshi Kovacs. In doing so, the story and the entire series transform into an origin story that develops him more fully.

While exploring Takeshi’s past, Altered Carbon leans hard into military tropes while depicting his training as a soldier. Kovacs is a former Envoy, a member of an elite fighting force of futuristic soldiers with superior ninja-like abilities, part intelligence operative and part shock trooper, trained to adapt quickly to new bodies new environments. The governing Protectorate uses envoys to infiltrate and crush planetary unrest and maintain political stability. Envoy training is a form of psychospiritual conditioning that operates at subconscious levels. In other words, Takeshi is a total badass.

Altered Carbon does not shy away from tropes; the series embraces them as a way to tell its stories. Takeshi himself is a trope; he’s a typical male fantasy we have all seen before. Also, cliches and stereotypes are right at home here. The main premise the series gets based on is a popular, well-known, and familiar sci-fi trope. That is where people can digitize who we are and transfer that essence and knowledge to another body at will. On the surface, at least, a technological achievement implies a means of living forever and achieving a sort of immortality, as long as you can afford the price.

Altered Carbon has a lot of irony in its DNA, both blatant and nuanced. For example, Poe, the AI that runs the Raven hotel and one of the best characters, is all too human and proves it regularly, a trait the series sometimes milks for humor.

The show is also guilty of some stereotyping. Altered Carbon portrays the rich and powerful in broad strokes. While sheltered in their gleaming towers above the clouds, they get depicted as generally corrupt, immoral, decadent, and deviant in the usual manner. The grounders, the poor people of the future, get reduced to faceless figures perpetually walking the streets on the surface, all seemingly in a hurry to go somewhere.

Despite the inevitable flaws inherent in bringing any story to the screen, Altered Carbon is a uniquely entertaining and enjoyable genre production well worth a watch or three.