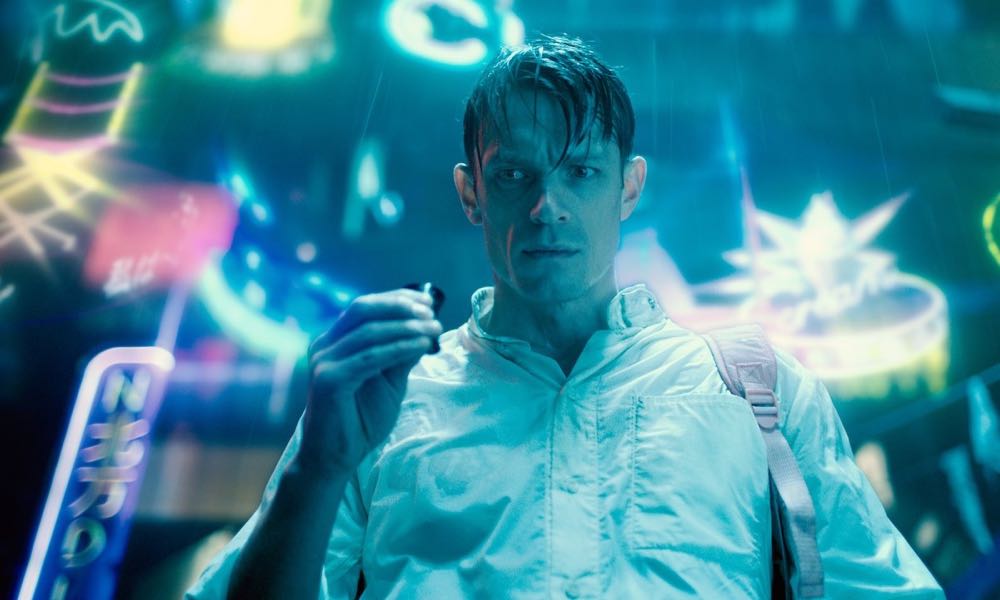 Science Fiction series Altered Carbon returns to Netflix for a second season this month, and it returns with a new face for its lead character plus the addition of new members for the series supporting cast. Netflix’s futuristic sci-fi drama now stars Anthony Mackie as Takeshi Kovacs, replacing Joel Kinnaman as Kovacs’ new sleeve. Returning cast members and characters include Renée Elise Goldsberry as Quellcrist Falconer and Chris Conner as Poe.

Also joining the cast this season are Simone Missick as Trepp; Dina Shihabi as Dig 301, Torben Liebrecht as Colonel Carrera; and James Saito as Tanaseda.

Described as a ghost story in a world without death. Altered Carbon is back for another season of its unique blend of high-tech mystery, violence, and suspense. Coming 2.27.20.