“We have created a Star Wars civilization, with Stone Age emotions, medieval institutions, and godlike technology.  We thrash about.  We are terribly confused by the mere fact of our existence, and a danger to ourselves and to the rest of life.” — Edward O. Wilson, “the father of sociobiology,” in The Social Conquest of Earth (2012) 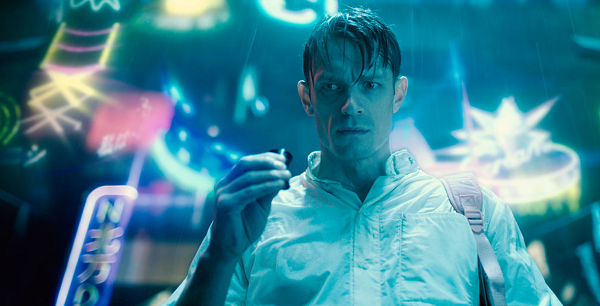 Cyberpunk is a subgenre of science fiction that combines “low life and high tech.”  It features artificial intelligences (AIs), human technological augmentations, virtual realities, super-hackers, corrupt and ruthless mega-corporations, post-industrial dystopias, and elements of film noir (including “hard-boiled” detective fiction).  And it asks what was asked by legendary SF author Philip K. Dick, who wrote the stories upon which Ridley Scott’s Blade Runner (1982), Paul Verhoven’s Total Recall (1990), Steven Spielberg’s Minority Report (2002), John Woo’s Paycheck (2003), and Richard Linklater’s A Scanner Darkly (2006) were based: “What is real?” and “What does it mean to be human?”

Netflix’s new original series Altered Carbon, a 10-episode adaptation of the 2002 SF novel by Richard K. Morgan, fits even more snugly within the cyberpunk subgenre than Blade Runner or William Gibson’s novel Neuromancer (1984).  The story takes place three-to-four centuries into the future in Bay City, a mega-city that was once San Francisco.  Humankind lives on multiple planets governed by the United Nations Interstellar Protectorate, a.k.a. “The Protectorate.”  Essential to the story’s premise is a technology utilizing materials left behind by an “Elder” alien civilization, a technology that allows a human consciousness to be stored in a disc that can fit in the palm of a hand.  These discs are called cortical stacks, or just “stacks,” and one is implanted in each Protectorate citizen (in the spine at the base of the skull) one year after birth. 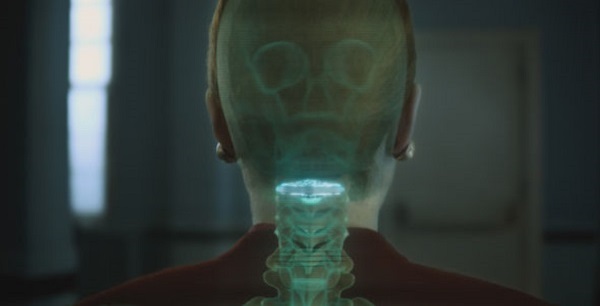 Because a stack contains a person’s digitized consciousness, or DHF (“digital human freight”), that person’s mind survives the death of its host body (called a “sleeve”) and can be accessed, transmitted, or even (illegally) copied just like any other software system.  So “real death” (RD) occurs only when a person’s DHF is erased.  A person’s stack can be “re-sleeved,” or inserted into other bodies (including synthetic ones).  But if the stack is re-sleeved into too many bodies not genetically identical to its “birth sleeve,” the person’s original body, “personality frag” (insanity) results.  So to live indefinitely, one must use clones of one’s original body as long-term sleeves—and that’s exactly what the “Meths” do.

The term “Meth” is a truncation of the name of the longest living character in the Bible, Methuselah, who lived 969 years.  Meths are ultra-wealthy citizens of the Protectorate who can afford to not only continually re-sleeve into clone bodies but also remotely backup their DHFs so stack destruction won’t result in real death.*  And this is how a founding Meth named Laurens Bancroft (who is over 360 years old) is able to hire someone to solve his own murder, a murder that occurred ten minutes before one of his periodic automatic backups and so left him with no memory of the 48 hours preceding it. 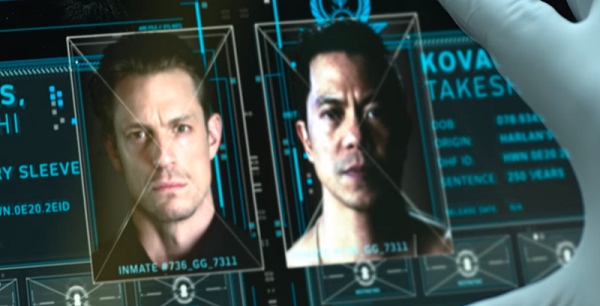 This someone is Takeshi Kovacs, the protagonist of Altered Carbon.  Two and a half centuries earlier, Kovacs was a Protectorate special ops super-soldier who deserted CTAC (the Colonial Tactical Assault Corps), joined an anti-UN terrorist group led by Quellcrist Falconer, became a mercenary after that group was destroyed by CTAC, and was put “on ice” (had his DHF put into cold storage) indefinitely after being captured by CTAC.  As a CTAC special ops super-soldier, Kovacs became extremely proficient with firearms and at close-quarters combat and had his inhibitions against violence removed.  As a pupil of Falconer’s, Kovacs had his perceptions, memory, and self-control heightened to superhuman levels.  And when his DHF is taken out of cold storage after being leased by Bancroft Industries, it’s re-sleeved into a large, mesomorphic body “equipped which military grade neurachem and combat muscle memory.”

So if anyone can solve the mystery of Laurens Bancroft’s murder, Kovacs can.  But legally, he’s the property of Bancroft for the duration of his lease thus has no rights.  And if he fails to comply with the terms of his parole or solve the case of Bancroft’s murder he will “serve out the rest of [his] term, which does not appear to have an end date.”  But if he does solve the case he will receive “a full pardon signed by the President of the Protectorate,” a new sleeve, and a “salary of 50 million UN credits.”  So, like the classic hard-boiled detective of film noir, Kovacs is a wisecracking, cynical, morally questionable, tragically flawed tough guy filled with existential bitterness who can’t escape (and is obsessed with) his past and is a victim of circumstance. 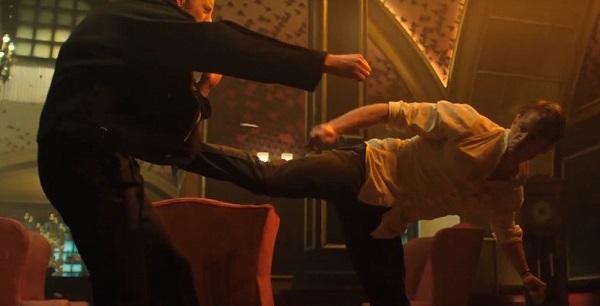 And he is the protagonist of an archetypical film noir story, a story with a complex, convoluted plot, a bleak view of humanity, and taut, sardonic dialog.  And he operates in a film noir world complete with dark, rainy, labyrinthian urban streets, pervasive corruption, femme fatales, criminals, guns (and knives), and substance abuse.  In fact, every episode of Altered Carbon—“Out of the Past,” “Fallen Angel,” “In a Lonely Place,” “Force of Evil,” “The Wrong Man,” “Man with My Face,” “Nora Inu,” “Clash by Night,” “Rage in Heaven,” and “The Killers”—is named after a classic noir film.

All these film noir clichés provide the audience with familiar landmarks as they navigate strange and unsettling terrain.  After all, this work of “tech noir” cinema embraces its tech (SF) roots as wholeheartedly as its noir roots, and the root it embraces most tightly is Blade Runner.  (In fact, the Bay City—the former San Francisco—depicted in Altered Carbon is often visually indistinguishable from the Los Angeles of Blade Runner.  It even features a “Skin Jobs Dive Bar” as an Easter egg.)  The influences of the Wachowskis’ “Matrix” trilogy and the original Total Recall are also apparent. 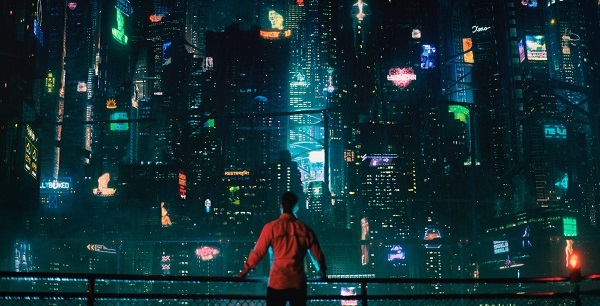 And Altered Carbon, estimated to have cost $60-to-70 million to produce, is as visually stunning as those movies and as saturated with CGI spectacle as a Marvel Cinematic Universe movie.  Furthermore, the quality and quantity of detail in the story’s setting, the level of “worldbuilding,” is astonishing.  Almost every cyberpunk concept and technology ever imagined is incorporated—seamlessly and credibly—into the fictional universe of Altered Carbon and made to seem commonplace.  The amount of care invested in creating the setting at least equals the amount of money invested. 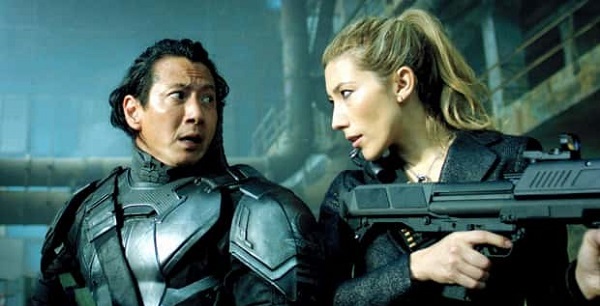 An audience won’t care about a story if it doesn’t care about its characters, and Altered Carbon’s characters don’t quite elicit this emotional investment.  The problem lies not in the performances, which range in quality from fairly good to pretty good, but in the writing.  Most of the story is poorly structured, which undermines its emotional impact.  And for the most part, the lines spoken by the characters are awkward or hackneyed and thus distance the audience from the characters and the characters from each other.  (The “Star Wars” prequels have the same problem.)  The lines spoil also the story’s themes, by telling rather than just showing.

Kovacs observes, “Technology advances, but humans don’t.  We’re smart monkeys, and what we want is always the same,” and “Peace is a struggle against our very nature.  A skin we stretch over the bone, muscle, and sinew of our own innate savagery,” even though the story radiates this Hobbesian view of human nature.  His former mentor Quellcrist Falconer contends, “We aren’t meant to live forever.  It corrupts even the best of us,” even though the plot hinges on this speculation.  Having a story explicitly state its themes not only insults its audience with condescension but makes the themes seem jejune. 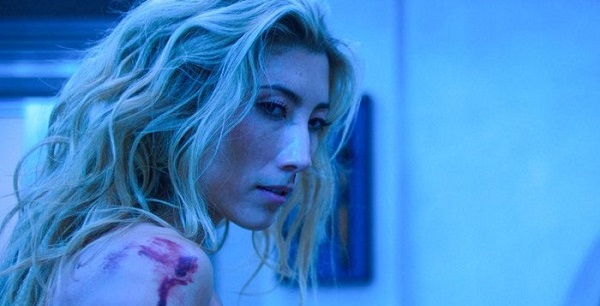 But for the most part, Altered Carbon merely flits over its cornucopia of SF concepts, using them rather than exploring them.  It provides solid escapist entertainment and some social commentary and imagines the social consequences of imaginary technologies but doesn’t perform too many philosophical thought experiments, which is what the very best SF and fantasy does.  But Altered Carbon is still good.  It’s certainly not as good as it could’ve been given its premise and production values, but it has much more going for it than against it. 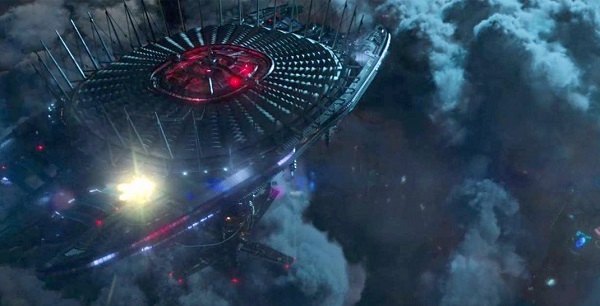