Along Came the Devil film review 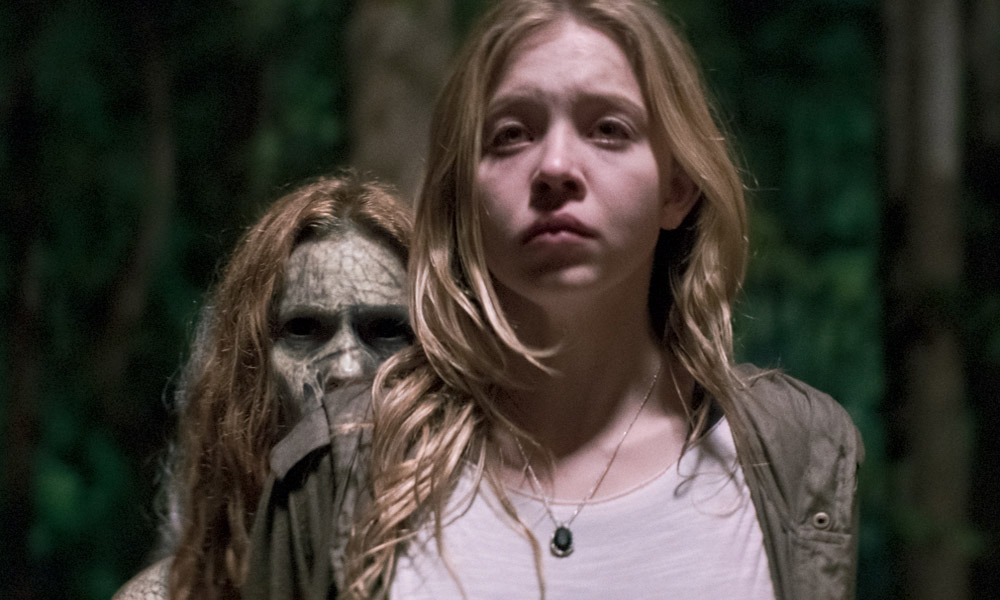 This is more of a movie-loaf than a film itself: a composite of the possession genre in a neat little package that doesn’t quite creep out from the shadow of its peers.
If you’ve ever seen a movie about demons you’ve already seen this one, but the newest twist to try to liven things up is a tween romance and sisterhood subplot.

Along Came the Devil claims to be based on a true story but the general fabric of events is familiar enough to have been actually based on The Exorcist. There is a strangely detailed prologue about Ashley and Hannah’s grim past as abuse victims by their father following the passing of their mother (none of which has much effect on the plot) but years later after their adventures in the dating scene, high school, and trying to fit in the story takes a turn for the extremely familiar as Ashley is invaded by a demon after a botched seance and a young and old priest must join forces to oust the malignant influence. 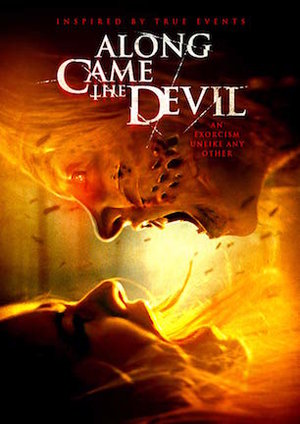 The Exorcist is mentioned by name as a joke in the movie, but it’s still difficult to shake the feeling this is the same movie on a tighter budget. Going by the concept of imitation being the sincerest form of flattery, the creator is also obviously a big fan of the Paranormal Activity films and the Insidious franchises. Down to the camera work, lens flares, and the big horned demon monster the echoes of other productions resound throughout Along which is no crime but the influences are bold, ubiquitous and obvious.

Outside of the homages aplenty the acting is quite accomplished from young to old pro involved. The effects work is…decent. Ironically for a production owing its existence to inspiration, there is very little inspiration to be found in exorcism tropes like the afflicted girl spider-walking up walls, muttering swear words, and there’s even a shaking bed. The actresses are very similar in appearance as well, a majoring being blonde and about the same age so it was a little difficult keeping track of the sisters versus their friends. Nobody gave a dud performance however and there’s some real emotion that helps to the sell even the hokier sequences. Direction is solid, writing is fine, and it does move along as a breezy pace.

The stumbling blocks, apart from the derivative nature of the film, is those darn jump scare noises that never fail to make a potentially frightening situation obnoxious and although there’s a lot of subplots the plot kind of peters out and dies on the vine. It’s a promising showcase of talented actors, competent filmmaking, and a respectful fidelity to classic cinematic tales of demonic domination.

However if you’ve seen The Exorcist you’ve seen a more nuanced and impressive version of this.
Watch it for a speedy sampler plate of horror cliches, likable characters and quality camerawork.

Be sure to check out Dan’s original motion comic series on YouTube: https://www.youtube.com/watch?v=qmmouuBlWTk