“All This I Will Give to You” Book Review

Aug 12, 2018 All This I will Give You, Amazon Crossing, Dolores Redondo 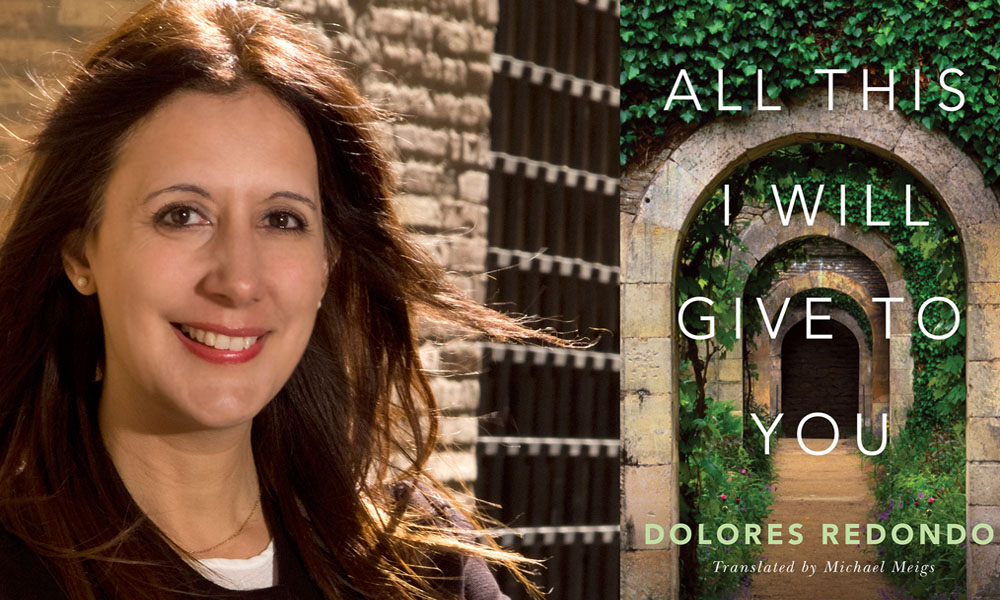 In 2016, All This I Will Give to You received the Premio Planeta, one of Spain’s most prized literary awards, and there’s obvious reasons why Dolores Redondo’s 647-page murder-mystery thriller won such a coveted accolade and has now been translated into English by Michael Meigs. You are pulled in, page by page, into the convoluted goings-on of a wealthy and isolated Galician family, Muniz de Davila, not unlike how Stieg Larsson hooked readers and dragged us all into the dark corners of the Vanger family in 2008 with The Girl with a Dragon Tattoo. Albeit, Redondo’s tale is definitely less disturbing. 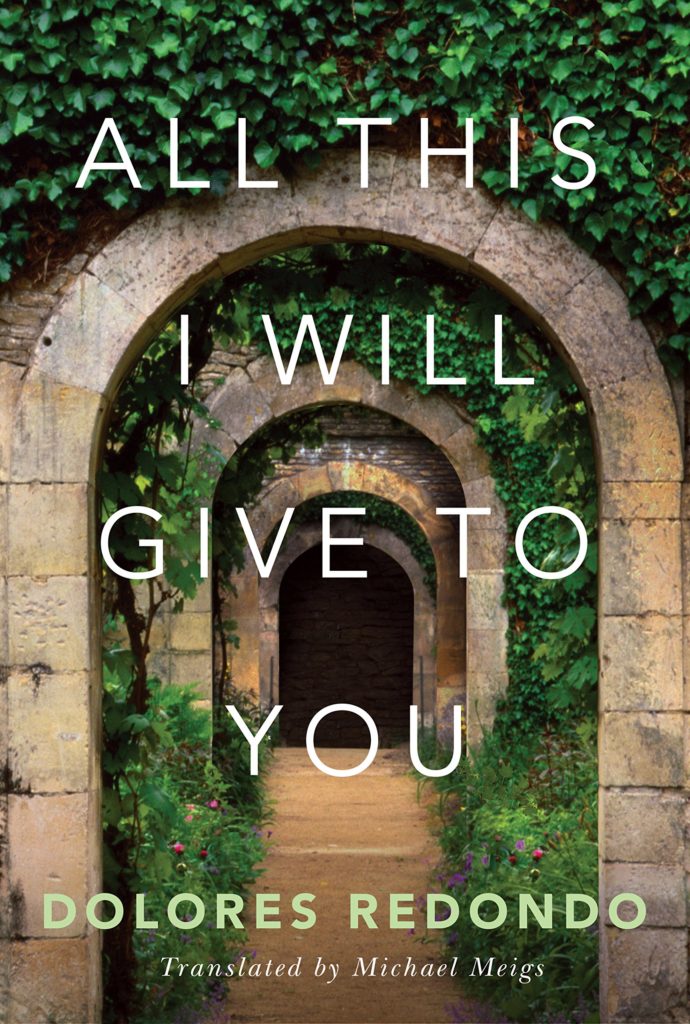 All This I Will Give to You begins with a successful novelist, Manuel Ortigosa, learning of the sudden death of his businessman husband, Alvaro, which forces Manuel to meet Alvaro’s family for the first time during the funeral. Their love was seen as a disgrace and the family wanted nothing to do with Alvaro—at least, that’s what Manuel had believed to be true for years. In fact, he discovers almost the opposite. It was Alvaro who shunned his family. Oh, and the family is one of Spain’s oldest aristocracy, making Alvaro the Marquis of Santo Tome.

Trust me, I’m not giving anything away. These revelations are made within the first twenty pages, and there’s still over six-hundred to go.

What begins innocently enough as a tragic death, soon turns more and more complicated as Redondo expertly peels away the façade of man-dealing-with-grief narrative. Manuel learns that Alvaro has been keeping secrets from him—lies, even—and perhaps his death wasn’t just an unfortunate accident. Perhaps it was intentional. Indeed, the Muniz de Davila family has endured their fair share of “suicides” and “accidents” as of late. And the one to bring these suspicions to light and recruit Manuel into the investigation is an unlikely ally named Lieutenant Nogueira. Unlikely because Nogueira is officially off-duty for the last month before his retirement (i.e. not free to use the resources normally available to a cop) and an openly homophobic detective, at that.

The investigation eventually uncovers a suicide/accident/murder from long ago, back when Alvaro was just a child, that somehow is connected to the recent string of deaths littering the Galician countryside near Lugo. And just as there was a cover-up then, there is a cover-up now. While Manuel is mainly motivated by his desire to find out if Alvaro was the good, decent man he married or a deceiving manipulator and criminal, he is also ultimately on a quest to deal with the grief of losing his lover and somehow finding a way to move on.

The pace of All This I Will Give to You was too slow for my taste, but don’t let that deter you too much. I am also one of those rare birds who finds Stephen King’s novels to be too long and burdened with detail. So that being said, if you’re a fan of Stephen King’s character-driven writing style and his patient spinning of suspense, you’ll love this novel from Dolores Redondo.