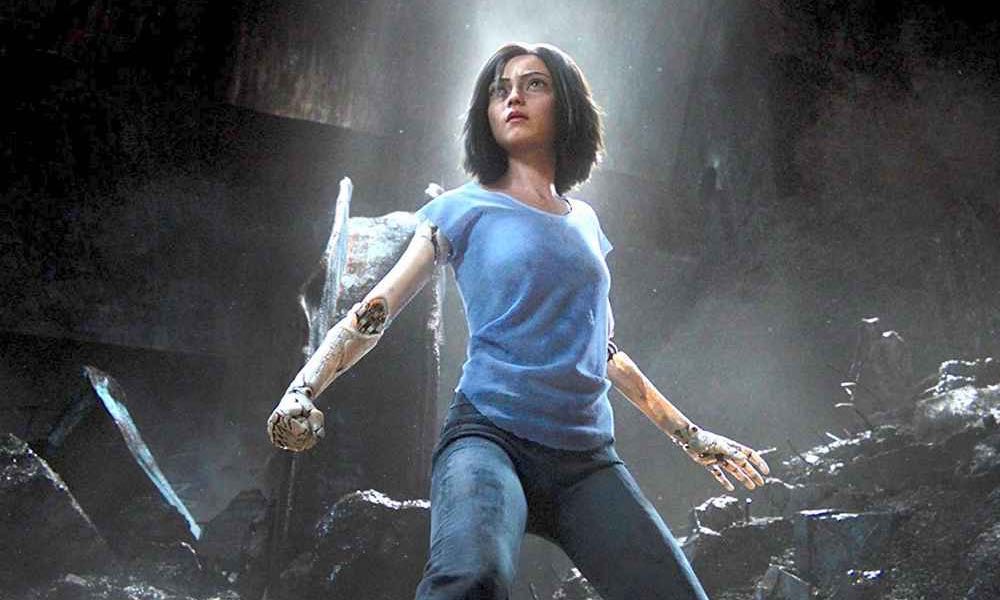 Revisiting Alita: Battle Angel the other night, I gained a lot more appreciation for it as a thoroughly modern film with an ambitious agenda that somehow finds the right balance of its narrative’s myriad ingredients that works exceedingly well and adds up to a very entertaining and enjoyable film. This film not only starts out by blurring the lines between live-action and animation it goes on to blur the lines between genres. Alita: Battle Angel is much more than a dazzling eye-candy filled tribute to anime and mecha.

In case you are not familiar with it, Alita: Battle Angel is a 2019 American cyberpunk action film based on Japanese manga artist Yukito Kishiro’s 1990s series and its 1993 original video animation adaptation Battle Angel. It was directed by Robert Rodriguez and produced by James Cameron, who co-wrote the script with Laeta Kalogridis.

The film starts out with a trope-filled portrayal of a narrative tackling young adult coming-of-age material in a way that initially makes it seems this film was made to appeal to the sensibilities of a thirteen-year-old girl. While the film does that its also introducing one of the film’s most appealing and charming characters, Alita’s home, the town of Iron City where most of the events of the film take place. Iron City is the home of the have-nots that lies at the base of the wealthy sky-city Zalem, the home of the haves in the future dystopic tale. Shortly after its introduced. we soon learn Iron City has a dark side too.

With an overarching narrative of the mystery surrounding Alita’s past and her search for identity the film methodically builds its story in layers one after another while the pacing sweeps the viewer along as he film’s narrative transitions from YA material to martial arts, to become one of the best science fiction sports movies since the original Rollerball with Motorball, a sport that is part racing, part roller derby, and part demolition derby.

The art direction and CGI work in the film do a remarkably impressive job bringing the world the film creates to life, including the anime facial features given the films eponymous character portrayed by Rosa Salazar and the rogue’s gallery of cyborgs and technologically enhanced freaks that populate both Iron City and Zalem above. The film’s Motorball sequences are delightful good fun and funny too. I have no problem with eye candy as long as it’s used to tell the story well and it’s used well here.

The cast too does an excellent job as well, the always welcome Christoph Waltz as the soft-spoken scientist/engineer Dr. Ido, who brings Alita back to life and becomes her surrogate father and Jennifer Connely as the cool and aloof ex-wife/scientist who lives in the city above and Mahershala Ali who is effective as the sometimes charming and always menacing villain Vector. Ed Wood makes an appearance towards the end of the film as the film’s criminal puppetmaster Nova, setting things up nicely for a sequel.

An argument could be made that this is the sort of production that represents a game-changing moment in the history of genre film by blurring the line between live-action and animation, but that is an ongoing process that began long before this film came along, but it does perhaps deserve to be remembered as a milestone along the way.