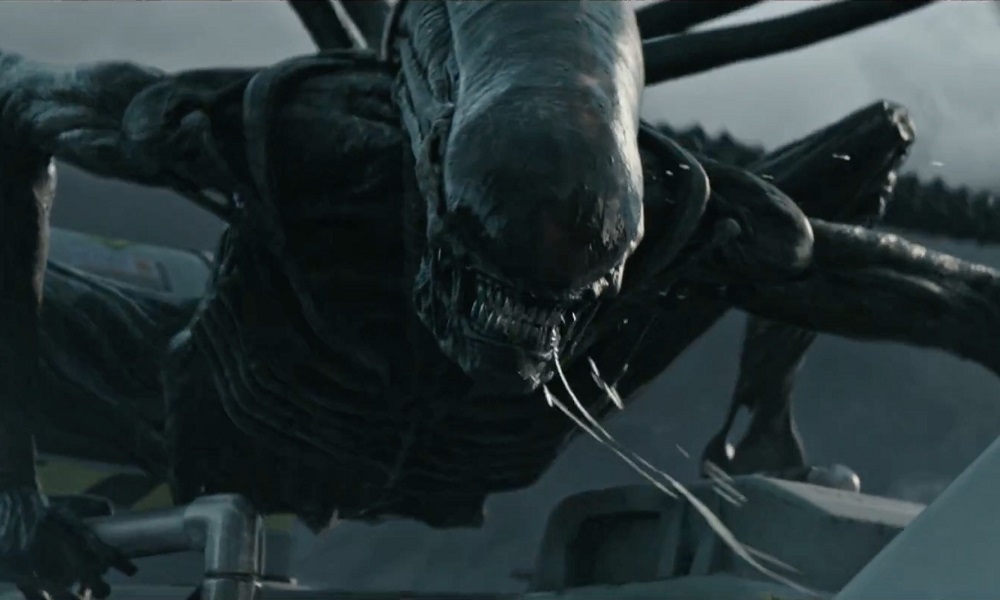 Danny Boyle once said that sci-fi films in the Alien mode need only three things to work: a ship, a crew, and a signal that changes everything. Alien: Covenant produces all three with due accoutrements, then ruins the trick by wildly explaining how cool it all is. It comes from Ridley Scott, who launched all this happy madness with the original Alien, of course. (I remain a staunch defender of his underrated Prometheus as well.) Here, for the first time, it feels like he has nothing new to add: mixing in a few ancillary concepts connected solely by nostalgic indulgence. It never offends, but with the words “Ridley Scott” and “Alien movie” in close proximity, you expect a lot better.

The worst of it actually comes with the attempts to cram a Prometheus sequel into an already rickety riff on the original Alien formula. Ten years after the ickiness of Prometheus, the colony ship Covenant makes its way to a distant point of light in the sky. Then that pesky signal comes squawking through, and suddenly we find ourselves on one of those Really Bad Detours that ends in tears and hurt feelings.

The set-up and particulars retreat into depressingly familiar territory more than once. Luckily, Scott remains a singular director, and even if the details are warmed-over, they’re still his details. Everything carries a gee-whiz-cool feeling to it, drawing a clear, distinctive connection between the earlier events of Prometheus and the later period of the Alien movies. As world-building, it remains impressive, keeping the disparate vision of later sequels in mind without losing that grungy space-trucker feeling of the 1979 classic. Throw in a few chestbursters, and it’s enough to get from point A to point B agreeably enough.

Things inch a little further up the quality pole when it comes to the characters. Scott holds a Midas touch for ensemble work and Covenant repeats the feat of telling us volumes about these characters without speaking a word. That constitutes a secret joy in and of itself, and while Billy Crudup’s I’m-not-really-up-for-this commander gets the best moments, you sense the depth of reality to this world, and the lives of these characters beyond what we need to know for the plot.

That only gets us so far, however, and once the crew finds the source of the signal, the Xenomorphs come knocking. Here, too, the movie achieves some basic competence. They’re damn squickly, and some grotesque variations on the traditional chestburster formula should make the skin crawl with appropriate glee. Add to that stunning effects, great set design and the kind of elegant camerawork that Scott excels at, and the film goes farther than it should on Member Berries alone.

Sooner or later, however, every movie has to stand on its own, and there Alien: Covenant falls completely apart. It toys with some Frankenstein-style ideas about creators and created, but can’t quite figure out how to marry them to the rest of the story. The follow-up material to Prometheus raises more questions than it answers in the most annoying way possible: the kind of cheap hand-waving you expect from a franchise on the way out rather than one committed to its vision.

Compound that with some obvious plot twists that lack even the semblance of fizz and a third act that just can’t find a way to top itself, and the film simply lack enough impetus to justify the time spent. It’s a new take on a very old theme, and while any Ridley Scott movie bears a look on sheer technical merit, this one falls far short of the franchise at its best. That may feel like a high bar, and it is. But to do less would disrespect Scott, and the singular creation he set loose on science fiction. Alien: Covenant is close enough for government work, but we know how much better this should be.