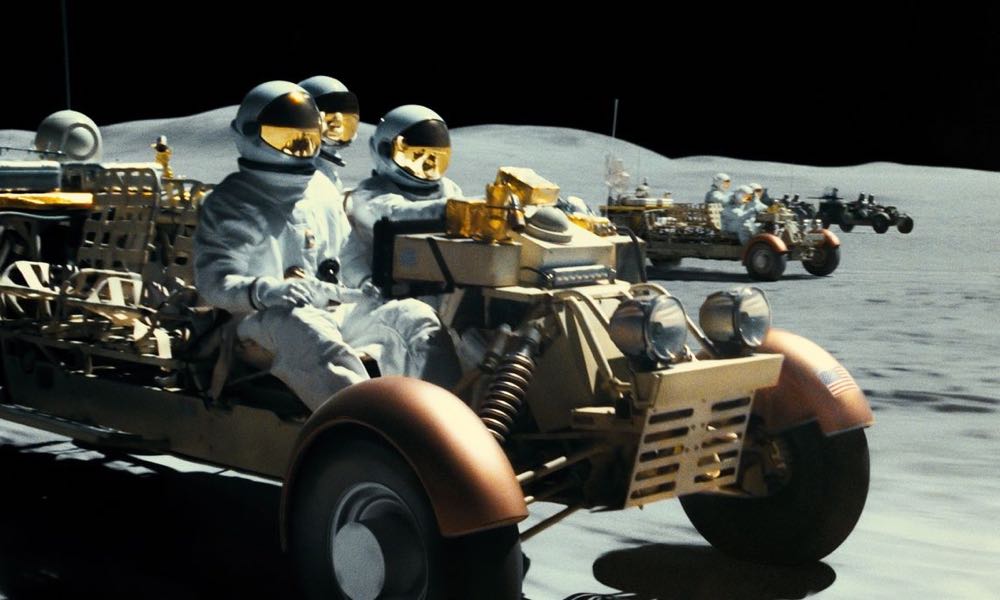 20th Century Fox has released a thrilling new clip from the upcoming sci-fi drama Ad Astra that portrays some pretty cool action-filled moments from the movie. The future-set story follows a man named Roy McBride (Brad Pitt) who is sent into space to try and find his father (Tommy Lee Jones), who disappeared on a mission decades earlier.

The depiction of action against the stark lunar landscape occupied by man-made objects as a backdrop is reminiscent in a fashion of Kubrick’s 2001: A Sapce Odyssey (2001) while the silent and violent activity reminds me of the more recent Gravity (2013). This brings into question, just what is this film about? This action scene may be somewhat misleading.

Here’s what the official synopsis looks like: A paranoid thriller in space that follows Roy McBride (Brad Pitt) on a mission across an unforgiving solar system to uncover the truth about his missing father and his doomed expedition that now, 30 years later, threatens the universe.