“A Princess of Mars” Classic Science Fiction Novel of the Week 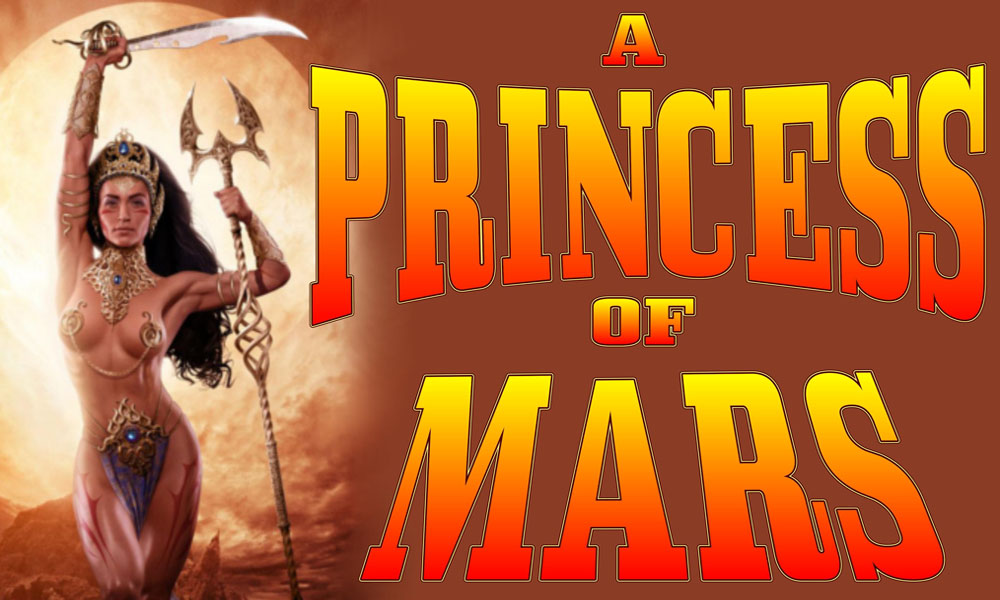 Sword & Planet is a sub-genre of Science Fiction and a brother to Swords & Sorcery fiction. While Swords and Sorcery features adventurous action with magic and sorcery, Sword & Planet features rousing adventure stories set on other planets, and usually featuring humans as protagonists. The name derives from the heroes of the genre engaging their adversaries in hand-to-hand combat primarily with simple melée weapons such as swords, even in a setting that often has advanced technology. Often disdained by Sci-Fi fans that prefer stories more grounded in scientific principles, Sword & Planet has nonetheless stood the test of time and even some of the most popular science fiction writers have tried their hand at creating S & P heroes. These include writers such as Edmond Hamilton, Michael Moorcock, Philip Jose Farmer, and even Robert E. Howard. 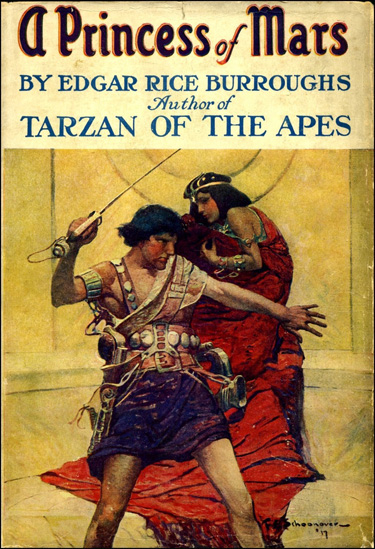 While there were stories that fit the genre earlier, it was Edgar Rice Burroughs’ “A Princess of Mars” that became the prototype for future writers. This story, originally serialized in the pulps in 1912 introduced John Carter “Warlord of Mars” in the first of eleven books in the series about the former Confederate soldiers adventures on the planet Mars over the course of thirty years. Burroughs, of course, is best known for creating Tarzan, King of the Jungle in a long-running series of novels.

A Princess of Mars would first see printing in novel format in 1917. In the story, Burroughs introduces us to John Carter, a former Confederate soldier who finds himself on the run from a group of Apache Indians. While hiding out in a cave, Carter finds himself transported to Mars, known as Barsoom. Due to Mars’ lower gravity Carter finds he has superhuman strength and agility.

Carter first meets the Tharks, four-limbed, giant, green-skinned aliens who are brutal and war-like although do have a strong code of honor. Carter’s prowess in battle eventually earns in the respect and friendship of a Thark tribal chief, Tars Tarkas. When the Tharks destroy a passing fleet of enemy ships and capture the beautiful Martian princess Deja Thoris (of a race of humanoid looking Martians), Carter recues the princess and returns her safely

In the process of rescuing the princess, Carter becomes embroiled in the politics and conflicts of the various warring factions on Mars, eventually leading an army of Thark warriors against the enemy state of Zodanga in order to protect the people of Helium. In doing so, he is able to finally unite the Green and Red men of Mars into an alliance and end centuries of fighting and war.

A Princess of Mars is significant because of its giving birth to the Sword and Planet style as opposed to the quality of the story itself. Not that it is bad, but it is told in an annoying first person narrative with a mock southern drawl that grows tiresome. Carter’s means of getting to and from Mars is never explained and it’s obvious that Burroughs cared not a bit for any practical science in his story. Still, the story is an action-filled adventure that has spawned over a hundred years of sequels and imitators and deserves its place as a classic.
[review]