A Cure for Wellness: Blu-Ray Review 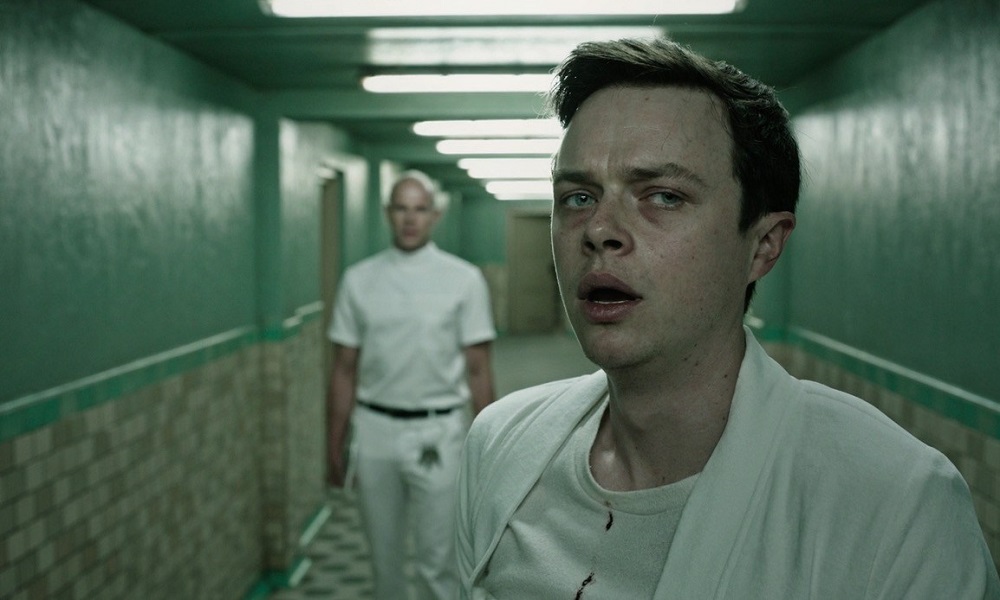 A Cure For Wellness is an offbeat piece of celluloid that combines elements of old mad scientist films, 60’s Vince Price style Gothic horror/romance, and even elements of Lovecraftian horror. Dane DeHaan stars as Lockhart, a young financial services executive who is quickly rising in the ranks at his firm. The company’s CEO, Roland Pembroke, goes AWOL in the midst of a large merger, writing a cryptic letter of resignation. The Board tasks Lockhart with tracking Pembroke down at a wellness center in the Swiss Alps and returning him to New York. 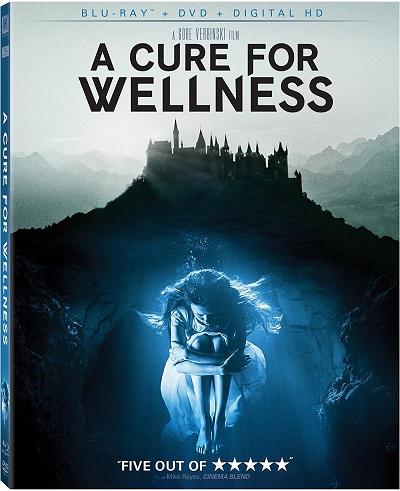 Lockhart learns of the dark past of the wellness clinic, located in an old castle atop a mountain. The castle had been home to a Baron who had taken his own sister as his wife in order to preserve his bloodline. When he began performing bizarre experiments on the local villagers, they marched on the castle and burned it to the ground, killing his wife and cutting out her unborn child from her womb.

He meets the clinic’s director, Dr. Heinreich Volmer (Isaacs), who is resistant to allowing Pembroke to leave. Lockhart leaves angrily, vowing to return later that evening but the car in which he is driving is involved in an accident along the mountain road. Lockhart awakes in the clinic, having suffered a broken leg. He now finds himself trapped in the clinic as a patient. As he explores the facility he finds the staff and doctors are performing a number of weird treatments on the patients. He also meets Hannah (Goth), a young woman who appears to be the only patient who is not a senior citizen. As Lockhart digs deeper into the mysteries surrounding Dr. Volmer and the center, he finds himself more entangled in its clutches.

If you’re a fan of old horror films you can see the many influences that went into Director Gore Verbinski’s vision. Dr. Vollmer and his experiments conjure up the ghosts of Boris Karloff and Bela Lugosi and the various mad scientist roles they played over the years in films like “Black Friday” and “The Devil Bat”; as well as those Vincent Price Gothic horrors like “The Haunted Palace” and “House of Wax”. Toss in some H.P. Lovecraft squishy weirdness (you’ll see what I mean) and you’ve got a hefty mix interesting materials.

The film’s dense plotting, co-written by Verbinski, is needlessly ambitious. Twists and turns are thrown out so fast that you can barely catch one before another is screaming towards you. Mystery upon mystery is heaped in layers but it isn’t enough to cover up what is a predictable conclusion. It’s nearly two and a half hour length makes for a pace that is far too leisurely. A Cure for Wellness is a beautifully shot film. The sheer beauty of the Swiss Alps is perfectly contrasted by the cold, sanitary corridors of the clinic’s interior and it near all-white color scheme. The anti-septic quality of the facility hides its hidden, malevolent horror perfectly.

Jason Isaacs is an actor I have long enjoyed but he’s normally been limited to supporting roles. His turn here as the suave and influential doctor Vollmer is first rate. Dane DeHaan was also a surprise in the lead as he plays an atypical hero. He’s not the usual tough, good looking hero that is usually so effortlessly cast in a film like this.

While it runs at least a half hour too long, A Cure for Wellness has enough going for it with its strong performances and beautiful cinematography to recommend…if you have two and a half hours to kill.

Meditations – Three parts that take some stark scenery from the film and add narration to serve as a sort of weird mini therapy.
Water is the Cure (HD, 2:58)