7 Glaring Problems with Beauty and the Beast 2017 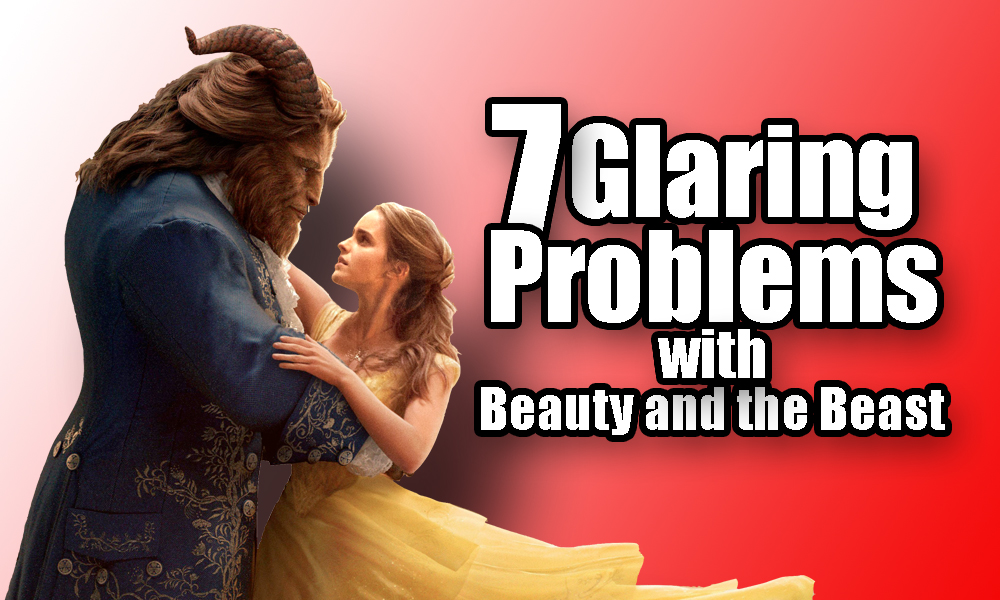 I saw Beauty and the Beast 2017 a little over two weeks ago. I have to wonder, straight out, what was the point? The 1991 film, which was nominated for best picture by the Academy of Motion Picture Arts and Sciences, is (and forever will be) perfect. Has Disney run out of ideas? Why remake a beloved classic film? They have their reasons, but the best way to voice your opinion, if you disagree with their live action remakes, is not to give them your money.

With that being said, I was at least curious about this film, which I am sure many of you also are. Perhaps there would be something there that wasn’t there before? Perhaps there was someplace to go that the Broadway Show, the Christmas Special and Belle’s Magic World animated tales failed to explore? I simply had to know since this is my favorite Disney film of all time. What would a remake of the 1991 classic animated film look like with actual people from the director of Candyman 2: Farewell to the Flesh and The Twilight Saga: Breaking Dawn – Part 1 & 2?

I was about 10 minutes in and was in a bit of shock. I kept an open mind, but as the minutes ticked down and each piece of the story unfolded, I just kept asking, why? Why remake this story, again? Why explain away all the fantasy with complete explanations for everything (if I may quote Flounder from The Little Mermaid, “this is this and that is that”)? The overkill of explanations erases the magic. Have audiences become less imaginative?

Here are “7 Glaring Problems with Beauty and the Beast 2017”.

The Unexplainable Skirt Continuity Error
When Belle (Emma Watson) emerges from her home in the poor provincial town, her dress appears to be bustled up into her belt. You immediately notice her petticoat since it is white and the rest of outfit is blue. I thought this would play into her character, with one of the townspeople addressing it and so forth. Nope. After a few more stanzas of her song, the dress is untucked as if nothing happened. Now I know what you are thinking, a continuity error? This is what I am complaining about? Well, it re-appears later in the film and again disappears without mention. Now, this is a Disney film. There are hundreds of people running around, capturing stills, applying make-up, and checking costumes. Hell, one of these people is the Continuity Director. It seems small and even petty, but when something can define a character or even a moment, especially in a fantasy film with talking dishware, you take notice of a moment like this and it becomes glaring when it happens again.

Let’s Take Away the Mystery and the Magic
I’ll not lie to you, I am someone who can watch a movie for the 100th time and ask the little questions that will ruin the fantasy of a film. One of my biggest questions about the original movie has always been, why did the Enchantress punish all the prince’s servants, too? Well, fear not, we learn why here in this 2017 film. They did nothing. They were just servants who let a prince, the Beast, grow up to be cruel. So, because of following orders and being servants in a royal house (where they probably would have been executed for telling the Prince “no”), they just let him do whatever he wanted. Poor Chip. What did an eight-year-old boy do to be turned into a teacup? We also learn that the Beast’s father, the King, was not a nice guy, so the kid grew up just like his father. These are only a few of numerous unnecessary explanations that surface in this film. We learn how Belle’s mother died. We also finally learn why the town did not know there was a huge castle nearby. In short, I LEARNED MY LESSON. It is better not to ask sometimes, and just enjoy the story because when you start peeling back those layers, the magic disappears. 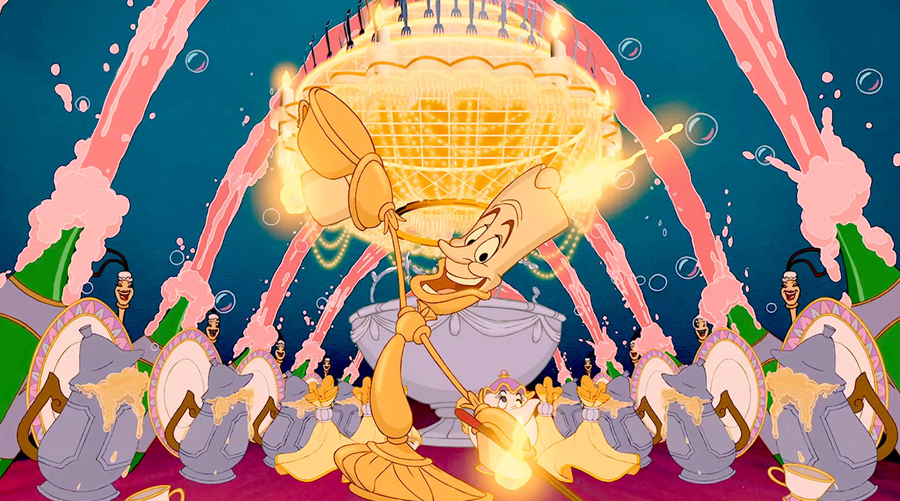 Hot Topic Needed Something New to Market
None of us are naive enough not to know that marketing Beauty and the Beast in 2017 is very different than it was in 1991. However, now you can appeal to two completely different audiences and still make a killing. Hot Topic, who already sells more than enough Disney products, has not only new Belle stuff featuring Emma Watson, but there are tons of retro Beauty and the Beast apparel featuring the classic film characters, too (see it all here). I guess, for me, it seemed that every time Belle had a dress change or that a new piece of jewelry was shown, all I could think of was “there is another product to sell”. It’s all part of the game, but when I see a blatant continuity error, I have to ask, if someone can market every aspect of two films, right down to undies and swimsuits, can we please get a film that is at least on the same footing, if not close to the one they are re-making? The point is, I want to be wrapped up in the story, not thinking about product placement in a fantasy film.

Let’s Make Maurice Crazier and Gaston a Killer
In the 1991 film, Belle’s father, Maurice, is a kooky inventor. His wood chopping contraption is pretty goofy but serves the dual purpose of getting him out of the padded wagon and illustrates that the man is a bit out there. In the 2017 film, he is a tinkerer and clockmaker. This is obviously easier for the audiences to swallow, but the story sets up multiple plot devices to paint him as if he was truly crazy. The exact same scene happens where Maurice asks Gaston and the town for help, raving about the Beast, only this time, Gaston actually rushes to help. However, when the path to the Beast’s castle is gone, Gaston ties up Maurice and leaves him for dead. 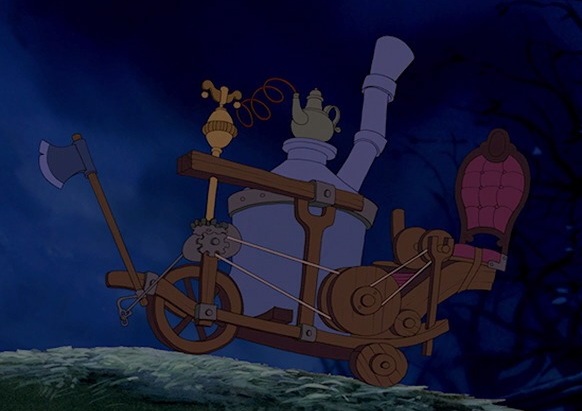 There is a Gay Character? Did you not See the 1991 Version?
There has been more press about LeFou being in love with Gaston than there will probably be bad reviews of the film. Did you not see the original film? Was it more politically correct in 1991? Are we that hyper sensitive now? Granted, that was the first question I was asked about the new film. Honestly, WHO THE F CARES?! At least here LeFou is shown to entice Gaston with the three sisters, but there is no big kiss, no revelation of affection, or anything between the two. Sure, it’s implied, but again, it was also arguably implied back in 1991. 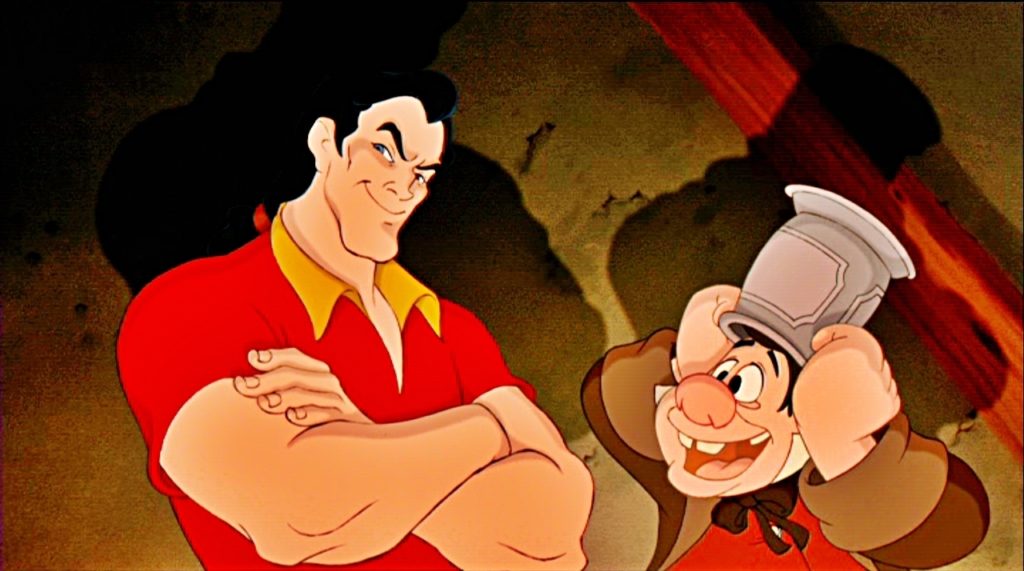 Inadvertently Establishes a Time Frame in a Fantasy
By referencing anything in actual history with a fantasy film, you give said story a place and a time. This can shatter a story. Cogsworth makes a “Three Musketeers” reference during a fight with the townspeople. The story of the “Three Musketeers” was serialized between 1844 and 1848. So Beauty and the Beast 2017 had to take place after the stories were complete. More than enough time had to pass for Cogsworth, the prince’s butler, to have read them. This means there is no monarchy in France in which the time of the story is established, because when King Louis and his queen, Mary-Antoinette, were imprisoned in August 1792, the monarchy regimes in France ended. So, how can there be a prince in a castle who gets turned into a Beast? This proves that, again, the story was not captivating enough for this kind of thing to go unnoticed.

The Beast is a Digital Creation. Why is that Again?
We’ve come a long way from Jar Jar Binks, in 1999, in terms of animation for a digital character. So why did the Beast look like the next step in the development process, instead of being ahead of Cesar in the War for the Planet of the Apes? I know that the great Andy Serkis is extremely busy between a new Star Wars movie, The Black Panther (both from Disney ), and the aforementioned Apes film, but Beauty and the Beast 2017 really needed his help. Yet, I have to wonder, why not just put makeup on Dan Stevens? Disney had Rick Baker apply make up to Angelina Jolie for Maleficent, why not bring the Academy Award winning makeup effects artist out of retirement to prove that CGI is a tool, not a crutch, to bring characters, such as the Beast, to life. Hell, Hagop Arakelian’s makeup for the 1946 version (see beneath the picture of Dan Stevens) on Jean Marais as the Beast is still great. I felt like there was nothing real this time around. That is a badly rushed CGI job that will only (maybe) look better on a 4K HD release. 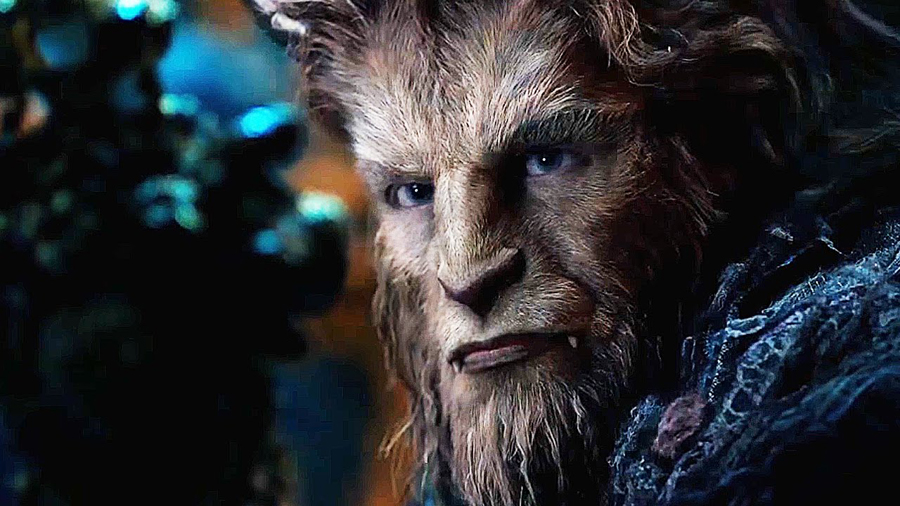 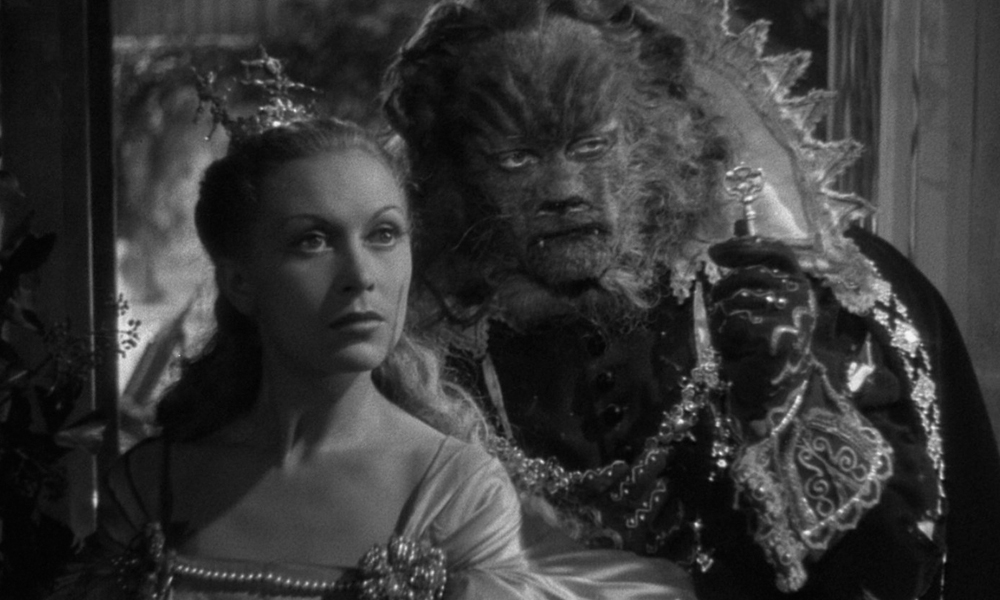 The Once and Future Lion King
Already, The Lion King and The Little Mermaid are up next for live action remakes. It’s fine, but I still have to cry foul on the casting of James Earl Jones as Mufasa. Is this not a remake? If Disney is going to go back and recast actors in the same roles, then why not Robby Benson, David Ogden Stiers, and Angela Lansbury in the respective 1991 parts? They are all still alive. Surely, they could have had other actors stand in for them in human form, or at the end of the film. I’m not slamming the choice of bringing back Jones for his second most iconic role, but there are numerous other actors who may have brought something different to the part. Why not Keith David? He certainly has the pipes. If Jones is set to return, will Nathan Lane, Ernie Sabella, and Jeremy Irons be returning too? 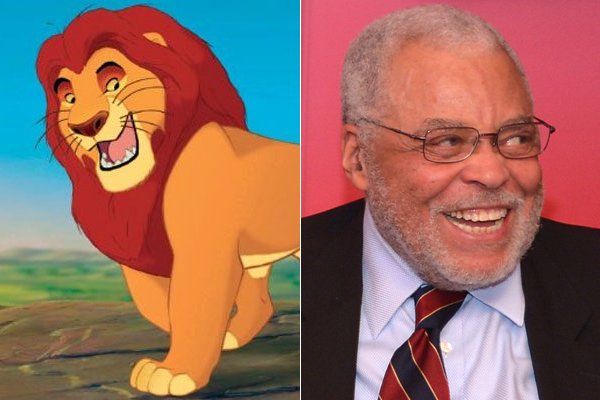 In Closing
Please treat yourself to the Beauty and the Beast: 25th Anniversary Edition – (BD+DVD+DIGITAL HD) Blu-ray. It will be a far better treat than enduring the 2017 adaptation of the story. If you simply have to satisfy your curiosity, remember this: in a little over 4 months you will be able to buy the digital version from your digital provider or just rent it on Redbox. Also, Disney has a deal with Netflix, so if you have that streaming service, just wait, it will be there soon enough.