31 Days of Horror: The Dead Zone 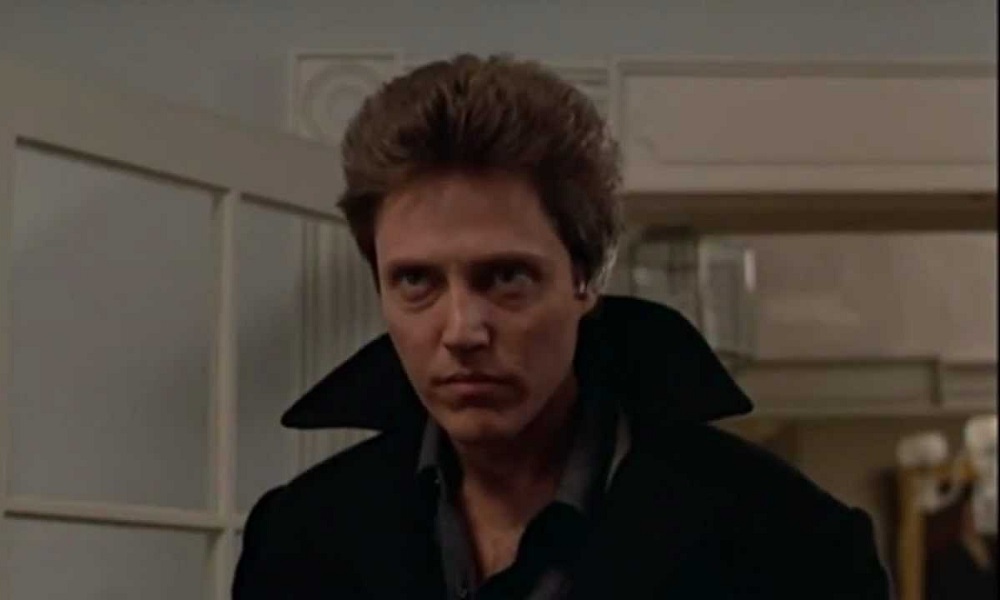 Few people mention The Dead Zone when they talk about favorite Stephen King adaptations. It’s not especially showy and it arrived amid a glut of similar big-budget releases based on the author’s work (one of three in 1983 alone). The Shining and Carrie made a bigger splash before it, while Frank Darabont’s more modern efforts have brought King’s best elements out more clearly. And yet The Dead Zone gathered a unique collection of elements that can’t readily be matched. It starts with director David Cronenberg whose chilly eye found heartbreaking tragedy in the story of a normal man gifted with psychic powers. He’s matched by his leading man, Christopher Walken, who parlays his signature creepiness into an achingly sympathetic performance that ranks among his very best.

Walken plays John Smith, a quiet high school teacher whose drive home one evening is interrupted by a runaway truck. Knocked into a coma for five years, he wakes up to find the love of his life (Brooke Adams) remarried and his formerly idyllic life wiped away. In exchange, he’s developed a unique quirk: by touching other people, he can see their future and – in the story’s most delicious twist – change it if he tries.

It’s not exactly a blessing and it brings him more pain than grief, a dilemma that Cronenberg treats with his usual cryptic detachment. In that sense, the director aptly captures the atmosphere of King’s book, making small tweaks here and there but finding the core of the story with comparative ease. King was interested in the psychological implications of this ability. What kind of a toll would it exact on its user? Does Smith have the right to turn away from what he sees, knowing that he could doom someone in the process? And what happens when something comes along that’s too big to ignore, courtesy of a charismatic politician (Martin Sheen) with some serious crazy in his eyes?

Sheen is completely over-the-top in the best way: his role here marks a delicious 180 from his later turn as the President in The West Wing. Against him, Walken’s unassuming everyman seems hopelessly outclassed, but for the one piece of information to which he alone is privy. It’s a great fulcrum for heavier thinking, coupled with more traditional thriller elements that Cronenberg delivers with the technical mastery we’d expect from him. The Dead Zone talks seriously about a God who doesn’t seem to care, about touching a universe that dwarfs everything we thought we knew, and about how our seemingly small sacrifices can serve some larger plan. Another filmmaker might have missed those little touches, but Cronenberg is too careful and too smart to let them pass.

In the end, however, he still couldn’t do it without Walken, who avoids the ironic winking of later roles to deliver a character as serious as a heart attack. There’s something off-putting about Smith: something a shade unsettling in his movements and gaze. But rather than repulse us, it actually makes his isolation and loneliness all the more sympathetic. The man has been devastated, seemingly at the whims of fate, and even the revelation of an ultimate pattern provides little comfort. The Dead Zone leaves a lot of questions deliberately unanswered, letting us wonder if we’d be capable of doing what Smith does were we in his shoes.

It makes for gripping supernatural drama, all the more notable because it wasn’t quite what any of the principals had done before or since. Walken rarely gets a chance to play Ordinary Guy like he does here, while Cronenberg’s penchant for the weird and obtuse is abandoned without losing the exquisite sensibilities that make him such a great filmmaker. Even King moved in a slightly different direction with this one, staying away from straight-up horror for one of the first times in its career.

It kind of sneaks up on you. This is not a noisy film, and won’t attract the kind of spotlights that an evil Plymouth or rabid St. Bernard might. But it delves deeper than they do for its ideas, and travels much further as a result. The Dead Zone ultimately ranks as one of the best King adaptations ever, during a time when his work became the subject of increasingly hackneyed adaptations. Thank Cronenberg for treating the material with the respect it deserves, and thank The Dead Zone for holding King’s adaptations to the very highest standards.