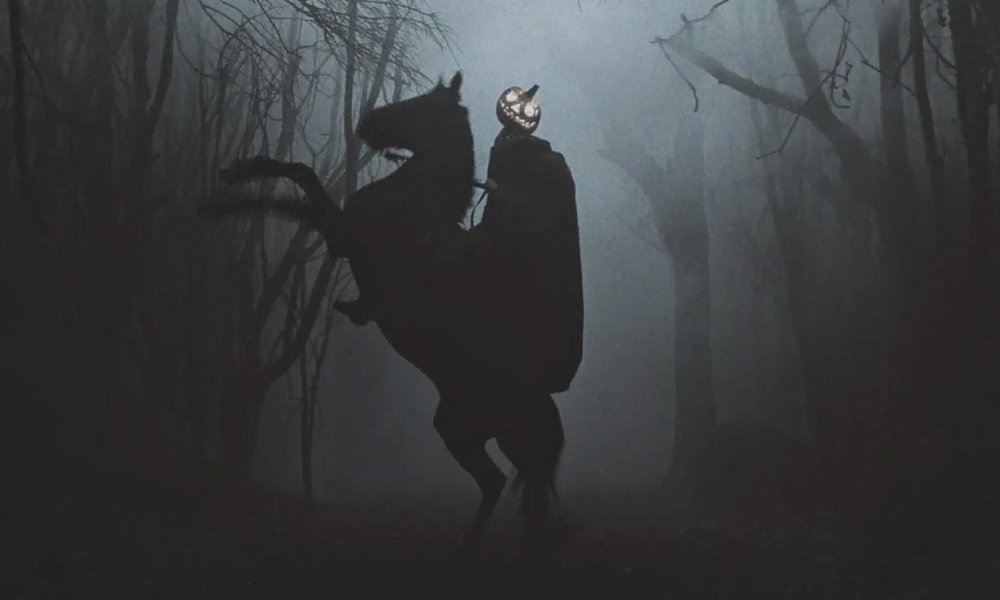 I have been a lifelong fan of The Legend of Sleepy Hollow.  I’ve probably read Washington Irving’s original 1820 short story at least a dozen times and have seen just about every film, TV, or animated adaptation.  While I have never been a big Tim Burton fan I thought that this seemed to be a project that might fit is filmmaking style since the original story combines elements of horror, mystery, and comedy.  To say Burton strayed a bit from the source material would be a gigantic understatement.  Yes, obviously a short story is going to be padded somewhat to make it into a feature film but Burton adds much that was simply unneeded. 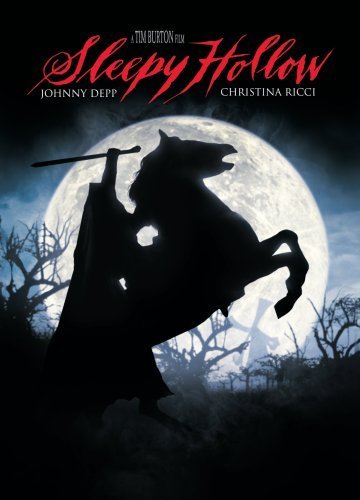 Gone is Ichabod Crane, the gangly, superstitious school teacher and in his place is Ichabod Crane, the peculiar New York Constable who favors methods of investigation that do not sit well with his superiors.  He is ordered to the tiny hamlet of Sleepy Hollow to investigate a series of murders where the victims were decapitated and their heads taken.  The locals relate the local myth of a Hessian mercenary who was beheaded during the Revolutionary War and rides a demonic black steed at night, searching for his missing head.

This should have been more than enough to sustain the film.  Johnny Depp is surrounded by a marvelous supporting cast to play off against including Jeffrey Jones, Michael Gough, Michael Gambon, and Ian McDiarmid as the town elders.  Christina Ricci plays lover interest Katrina Van Tassel; Casper Van Dien plays crane’s nemesis and rival suitor to Katrina’s hand, Brom Bones and Miranda Richardson as Lady Van Tassel, Katrina’s step-mother.  But we all know Burton’s predilection for over-indulgence.  He takes a simple plot and mucks things up with several sub-plots involving witchcraft, a battle over land rights, and the mystery of a pregnant woman who was killed by the Horseman.

Unfortunately the muddled plot partly obscures a lot of the stuff that Burton did well.  Burton perfectly captures the creepy, fog-shrouded atmosphere of Sleepy Hollow, regarded as one of the most haunted locations in the country.  The scene where Crane arrives in town for the first time and the residents quickly shutter their windows as the stranger walks though their streets is one of the film’s great scenes.  The Horseman launches a harrowing assault on the town’s residents with only the holy ground of their local church saving them from his deadly sword and axe.  This is when the film and Burton shines.  Christopher Walken plays the Horsemen and when he finally retrieves his head he is a ghastly apparition with bloodshot eyes and sharpened teeth.

Depp does what Depp does…he plays quirky characters. But this was 1999 and we didn’t know at that time that quirky off-beat characters would become his hallmark in films like Charlie and The Chocolate Factory, Sweeney Todd, Dark Shadows, Alice in Wonderland, and the Pirates of the Caribbean series.  At this point his performance was still relatively fresh and while sticking with the source material would have been preferable he is still fun to watch.

Despite its flaws Sleepy Hollow still captures the spirit of a colonial Halloween and is a joy to watch during the season.