31 Days of Horror: Prince of Darkness 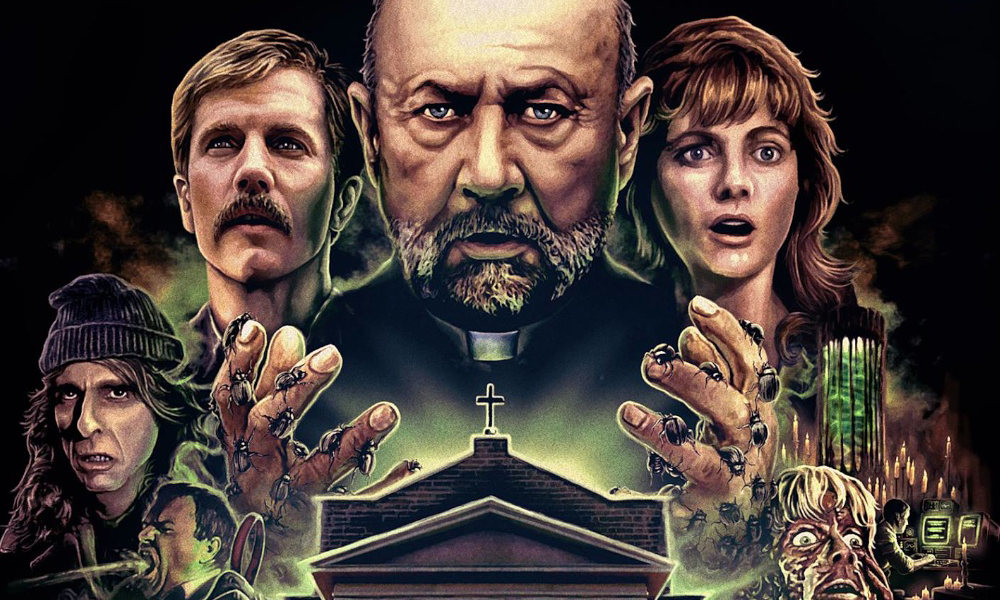 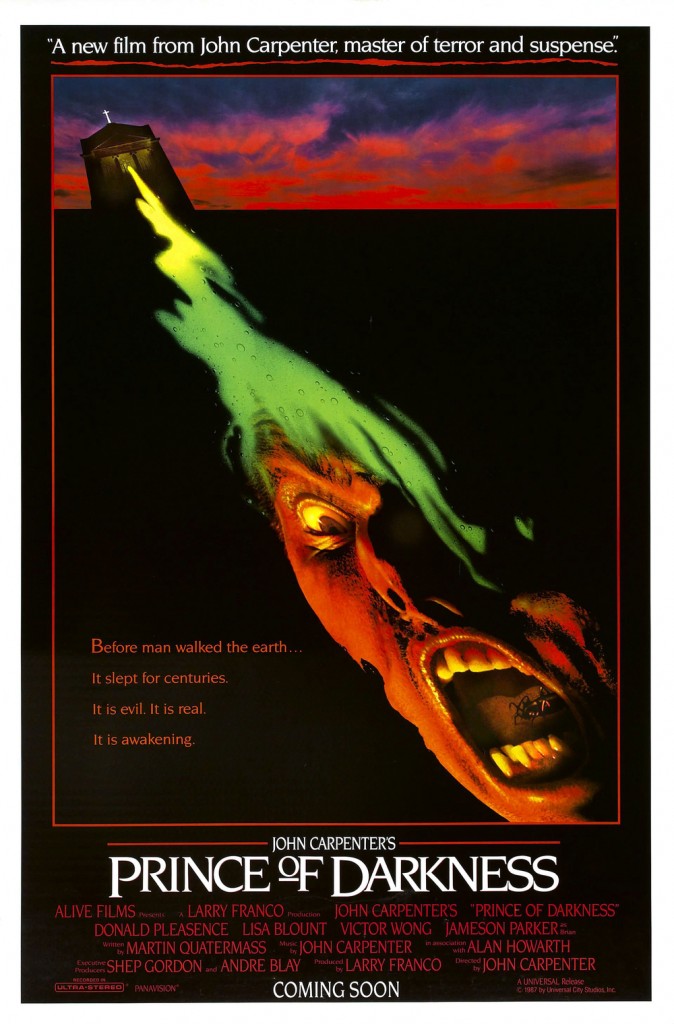 Prince of Darkness was always the John Carpenter film I liked the least (well, besides Vampires). By the time I was a teenager, I had already seen all the classics and felt ever so slightly let down by this master of horror’s satanic undertaking. Almost 15 years after my first viewing, I decided to give it a second chance.

Prince of Darkness tells the haunting story of a group of graduate students beckoned by their professor (Victor Wong) and a priest (Donald Pleasence) to an abandoned church, where they discover an ancient evil contained in the catacombs. Once released, the devilish presence sets out to destroy the group one by one, building to all of humanity.

For me, the plot, though flawed, was never the issue. The acting was another story. No disrespect to Pleasence or Wong, but Jameson Parker (Simon and Simon), never captured my attention or empathy as the lead character and guy we’re all supposed to root for. Now, I know he is supposed to be playing John Carpenter’s “every man” man, but not even that mustache can keep Parker from being anything but dry and one dimensional through this apocalyptic tale.  Lisa Blount (An Officer and a Gentleman) was no better as Catherine. Yes, Alice Cooper brought more to his performance than the two leads combined.

All that being said, I must admit I enjoyed the film, as a whole, much better the second time around.  In an age of fast scares and loads of gore, it was refreshing to go back and watch a filmmaker take his time delivering a genuine, creepy tale. The music, co-written by Carpenter and Alan Howarth, is wonderful and definitely one to add to the collection of Carpenter movie scores. The colors pop, in its most recent Blu-ray release, and amplify the lush backdrop of the slowly building terror.

Whether you originally enjoyed Prince of Darkness or not, any Carpenter fan should give the film a shot. Even with its flaws, the movie deserves the respect of anyone wanting a break from today’s over-the-top horror norm. Besides, what better way to round off the Halloween season than with a bit of John Carpenter? [review]