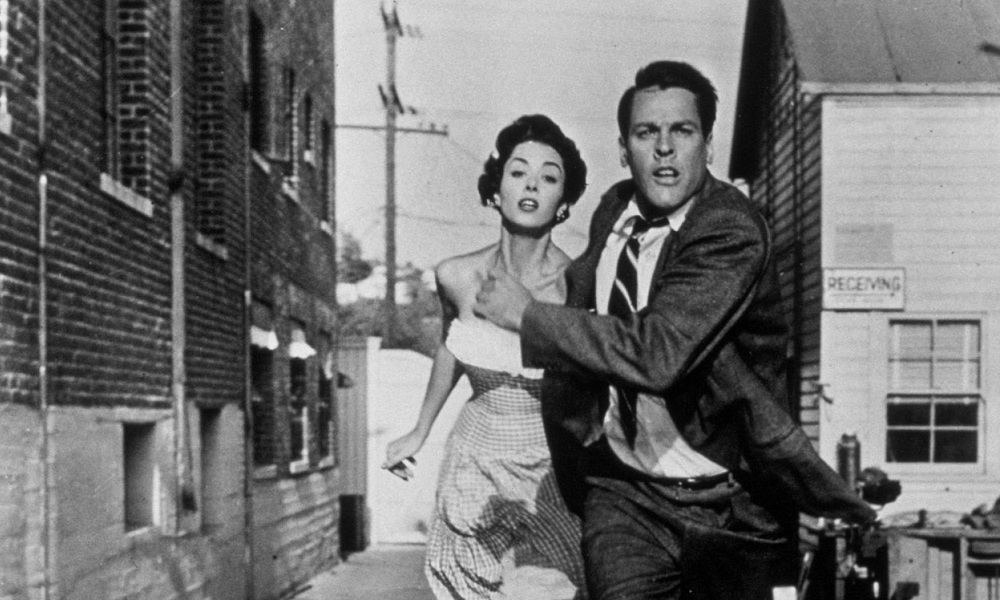 My mother-in-law is a serious horror bug, and during a recent visit, she expressed shock that I didn’t count Invasion of the Body Snatchers among my collection. “Don’t you love it?” she asked, and I replied that I did. Who wouldn’t? It’s one of the best sci-fi/horror movies ever made. Its influence on the genre is profound, not only defining the thinly-veiled Red Scare mentality of the 50s, but setting the tone of the zombie apocalypse genre and even adding a fear of falling asleep that Wes Craven exploited to profound effect with  the Nightmare on Elm Street three decades later. (The true origins likely go back to I am Legend, published a couple of years before the first invasion came out.) It’s a perfect movie in its own way, and as an aficionado of the genre, I started to wonder why neither the 1956 original nor the 1978 remake currently sit on my Blu-ray shelf. And then in an unexpected flash of insight, it hit me.

These movies scare the holy piss out of me.

I don’t mean in a traditional “boo-gotcha” way, or even in a more esoteric sense of “wow, I’d sure hate it if that happens to me.” I mean these films speak to certain truths about the human condition that I find profoundly disturbing. It’s notable that Don Siegel’s original – depicting the takeover of a small California town by pod-grown clones that reproduce everything about us except the parts that matter – did so in a way that remains utterly timeless, despite its obvious reliance on Cold War paranoia. Fears of losing one’s identity, of joining the sterile faceless mob, and of doing so no matter what you might feel about the matter, remain as timeless as ever. The Walking Dead became a phenomenon by exploiting the exact same fears, and they feel no less pertinent or terrifying in the Siegel film than they do today.

The paranoia comes into it too. Watching Kevin McCarthy’s mild-mannered doctor go from skeptic to believer to raving, fear-crazed lunatic is a thing to behold, and we’re with him every single step of the way. He asks the questions we need answered and as the extent of the alien occupation becomes clear, we profoundly feel his growing helplessness to do anything about it. Invasion of the Body Snatchers makes you profoundly understand what it’s like being outside looking in, and how close we all could be to becoming the tinfoil-hat-wearing basket cases we tend to dismiss out of hand. The movie puts us uncomfortably close to that way of thinking, and implies that we can go from rationality to insanity almost at the drop of a hat.

But the final terrible fear depicted in this film – the part that really keeps me up at night – is how freakishly attractive the body snatchers’ new world could be. They trumpet an end to conflict, an end to hate and strife, and a paradise that resembles heaven in a number of tangible ways. “Is the cost really so bad?” they whisper to us. “Is your soul really so high a price to pay?” It’s a horrifying question, but as human beings, we have a natural instinct to go with the herd, and the very act of denying the appeal comes with a cost all its own. The fear comes not with our ability to renounce such a devil’s bargain, but with how many people out there would be happy to sign up, and how easily we can slip into the madness of the mob when our collective safety feels at risk.

That resonates all over races and creeds, all political spectrums and life experiences. It speaks to things we grapple with as human beings and how much was can easily lose if we only close our eyes for a moment. Siegel’s exquisite direction is a master class on doing more with less, finding the countless little details that point to something very wrong without ever tipping his hand. Invasion of the Body Snatchers would hold up on technical merits alone, and has rightfully become the face of the genre in this era. But it stays with us because its nightmarish implications remain as fresh as ever, and is likely to do so as long as human beings behave the way human beings do. We all have an individual outlook. We all have souls. But we never want to stand entirely alone, and those who we identify with will always offer the comforts of belonging that we can’t refuse. Invasion of the Body Snatchers understands those fundamental emotional conflicts, then exploits them in the most terrifying ways imaginable. The equation will never change, a fact which will not only keep this incredible motion picture pertinent, but which will continue to spawn equally potent nightmares more than happy to follow its example.