Our celebration of horror continues with 31 Days of Horror. All of the films I am covering this month have a Halloween theme and many of them, like today’s entry, are also family friendly.

Today we are looking at the 1998 Disney Channel original film, Halloweentown. Marnie Cromwell (Brown) argues with her mother Gwen (Hoag) over why she and her siblings, Dylan and Sophie, cannot go trick-or-treating with their friends. Marnie loses the argument and sulks away. Their grandmother and Gwen’s mother, Aggie (Reynolds), arrives for her annual Halloween visit. Marnie hears her mother and grandmother arguing about Halloween and discovers that they are both witches. What’s more, Marnie discovers that her grandmother wants to her in the ways of magic but her mother forbids it. 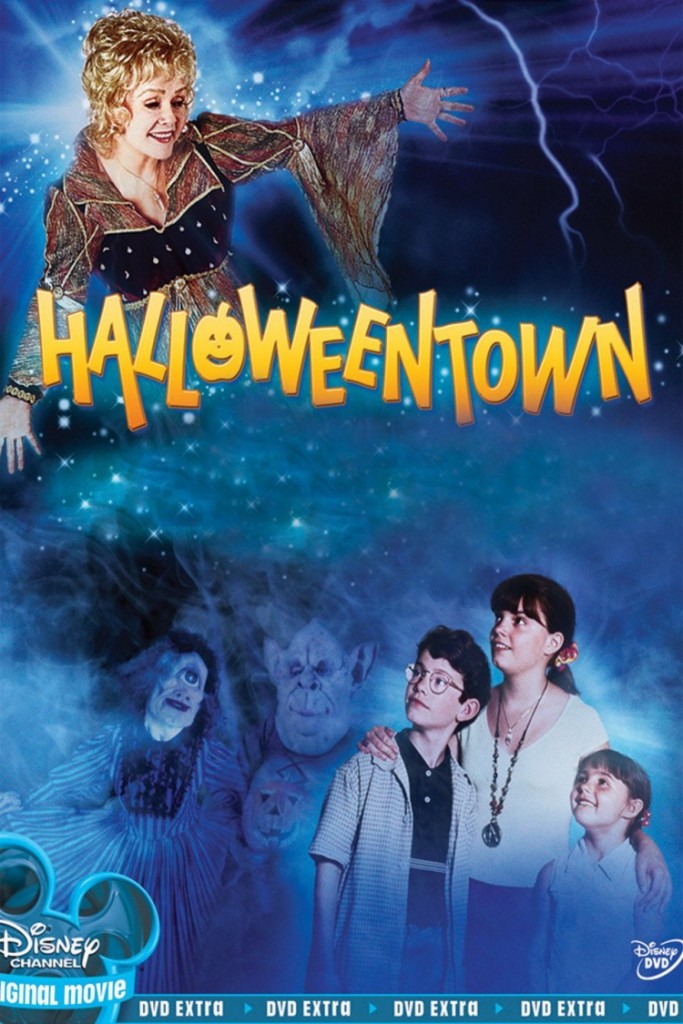 When Aggie leaves, Marnie sneaks out of the house to follow her along with Dylan and Sophie. They secretly board a magical bus and arrive in Halloweentown, a supernatural town where monsters and witches live and where it is always Halloweentown. They meet Kalabar, the Mayor, who is an old flame of their mothers. Aggie decides to let the kids stay so she can begin training Marnie. Gwen arrives, intent to take the kids back home but before she can, a hooded, demonic figure takes control of the town. He freezes Aggie, rendering her helpless. Now, only the combined power of the entire Cromwell family can defeat the villain and save Halloweentown.

Halloweentown truly is a film that the entire family can enjoy. Kids will love the variety of oddball characters and monsters that inhabit the town such as the skeleton cab driver, Benny who has an affinity for bad jokes. There are some wonderful special effects which are just right and not too terrifying for younger children. Older kids and adults with appreciate the interaction between the characters because it features situations that all families deal with, albeit with extreme supernatural overtones. For Hollywood veteran Debbie Reynolds, who had been such a major star in the 1950s and 1960s, it was her best role in many years as she plays the loving, grandmother witch with quirky flair.

At just 14 when she did the film, Kimberly Brown was already a veteran who had already been acting for 8 years including a recurring role in the soap opera “Guiding Light.” Judith Hoag and Robin Thomas as Kalabar rounded out a solid supporting cast.

Halloweentown would go on to spawn three sequels: Halloweentown II: Kalabar’s Revenge, Halloweentown High, and Return to Halloweentown and are still shown every Halloween season on the Disney Channel. Just this year Brown has agreed to host the Spirit of Halloween festival in St. Helens, Oregon that celebrates the film.