31 Days of Horror: An American Werewolf in London 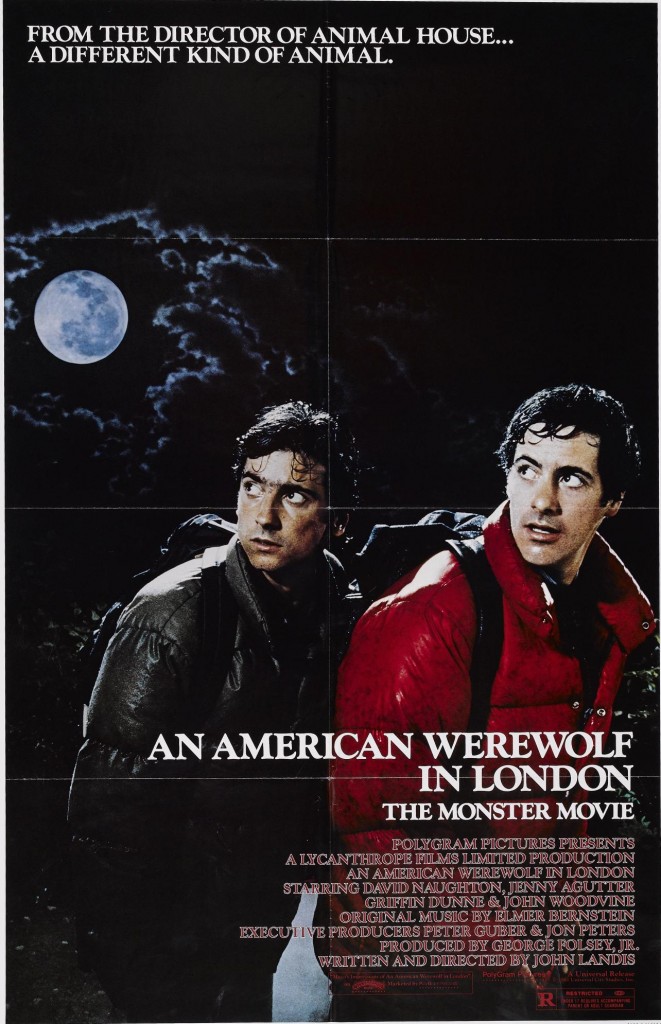 An American Werewolf in London has that unique distinction of being both a horror movie and a comedy long before the genres were ever spliced together. Director John Landis has even stated this numerous times in various interviews. That was the huge problem in getting the film made. Nobody could understand or appreciate what the film was trying to accomplish. This blending of genres is the reason that many fans and critics are torn on the film. It has amazing and horrific special effects. Yet it is from those moments that the comedy ensues. How would you talk to your dead friend if he came back? Better yet how would he talk to you? Would anything really change, besides one of you being dead and the other being a werewolf? Landis wrote a brilliant script that has endured. Rick Baker’s make-up effects are still breathtaking.

From the get go David (David Naughton) and Jack (Griffin Dunne) are lambs to slaughter. Landis blatantly points that out the first time we see them. There are warnings from the creepy villagers, right out of the old Universal classic horror films that Baker and Landis loved so much. Before you know it David is bitten by a werewolf and Jack is killed. It doesn’t sound like much of a comedy but by setting it in the modern world Landis allows for the use of contemporary music to fill the movie with laughter. Van Morrison’s “Moondance”, “Bad Moon Rising” by Creedence Clearwater Revival and numerous versions of “Blue Moon” populate the film. Landis also gives us two American Schmucks as our central characters, who for all intents and purposes can’t believe the supernatural world in which they have fallen into. Then again who could because werewolves are just something for the movies, right?

Naughton’s transformation (seen below) remains one for the ages and appears sweatier and more painful as each bone cracks. David’s transformation is just as brilliant as the first time you saw it. Even his one dream sequence revealing the yellow eyed and fanged David is still just as creepy. Jack’s gradual decomposition is still raw and gory, but nothing can disguise his final incarnation as the near skeleton puppet, but this is easily forgiven. Funny and scary are great combination for Halloween. This film has become an American classic and one that continues to endure!

31 Days of Horror: An American Werewolf in London Reviewed byRobert Trate on October 20.

An American Werewolf in London has that unique distinction of being both a horror movie and a comedy long before the genres were ever spliced together.

An American Werewolf in London has that unique distinction of being both a horror movie and a comedy long before the genres were ever spliced together.