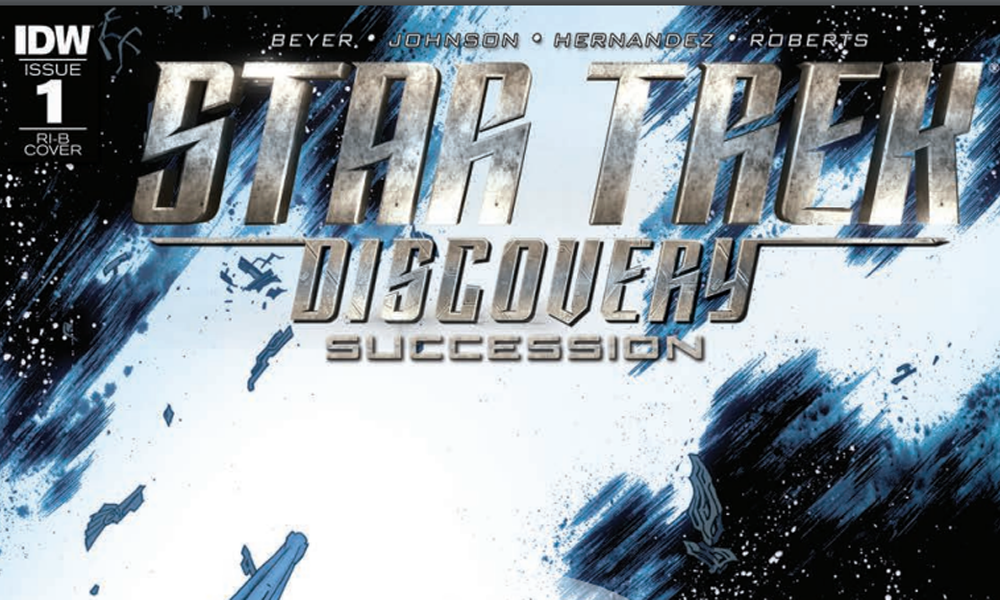 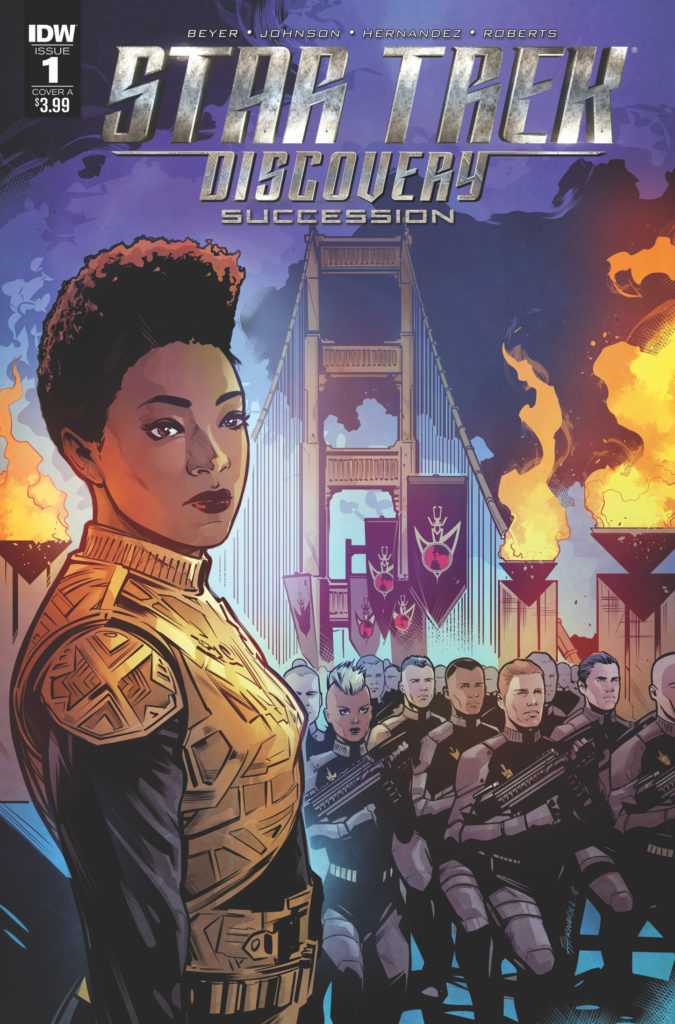 and set “after the events of Star Trek: Discovery Season One”, at a time when “the U.S.S. Discovery and its crew have returned to their original timeline”, this twenty-page periodical’s narrative is certainly aimed at comic book collectors who follow the most recently broadcast television series, as opposed to being a storyline which would actually draw in new fans to Gene Roddenberry’s science fiction franchise. Indeed, any perusing bibliophile encountering Kirsten Beyer and Mike Johnson’s collaborative script would arguably be immediately thrown by its utter dependency upon its audience owning a comprehensive knowledge of the Emperor Philippa Georgiou Augustus Iaponius Centarius, her adopted daughter Captain Michael Burnham and her treacherous offspring’s “loyal consort” Gabriel Lorca.

To make matters worse, Issue One of “Star Trek: Discovery: Succession” doesn’t even provide its readership with any noticeable backstory to its cast whatsoever, simply throwing them straight in at the deep end with the destruction of the Imperial Flagship Charon and the subsequent assumption of ‘divine rule’ in the capital city, San Francisco, by Lord Alexander; “As my cousin’s only living relative, I hereby assume responsibility as leader of the Terran Empire. The Emperor is dead. Long live the Emperor.” Such political machinations and royal court conundrums, like Lord Henshu’s sudden, cold-blooded murder at the hands of the ever-ambitious Captain Detmer, are only to be expected, but surely it wouldn’t have hurt editor Sarah Gaydos to include the occasional text box within the odd panel explaining just who these various people are?

Fortunately however, such quibbles as to just who these characters are and what motivates them don’t necessarily provide an impenetrable barrier to enjoying this publication, or prevent someone from becoming increasingly enthralled in the diverse intrigues of a “Mirror Universe” where absolutely no-one can be trusted, including “my most loyal aide, Commander Cornwell.” Competently pencilled by artist Angel Hernandez, the sheer number of callous betrayals depicted within this tome is both absolutely breath-taking and remarkably riveting, whether it be the “old and addled” Emperor apparently falling at the hand of her progeny’s sabotage, Alexander’s belief that he needs to “drown every non-human planet in a toxin keyed to the unique genetic makeup of each native species”, or Captain Airiam’s masterful power-play to exterminate the entire Shenzhou’s bridge crew by instantaneously depriving them of oxygen.

Be sure to checkout Simon’s blog at: https://thebrownbagaeccb.blogspot.co.uk/