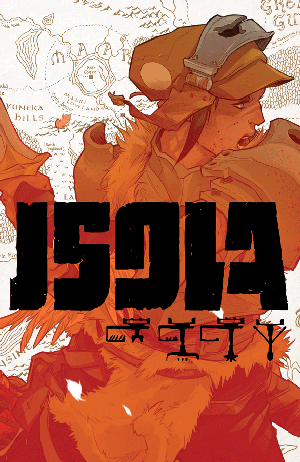 Supposedly “intended to see publication in the spring of 2017”, Karl Kerschl’s “dream comic” concerning Captain Rook and her quest to see Queen Olwyn rightfully returned to her throne, is a simply beautifully told tale which quickly captivates the mind of its reader and enthrallingly promises to take them on a magical journey filled full of outlandish beasts, savage-hearted hunters, and hazardous jungle-based dangers. Indeed, even those bibliophiles who are completely oblivious to the twenty-six page periodical’s backstory, and resultantly are unaware of the Royal Guard captain’s vital mission or that her accompanying cyan-striped tiger is actually Maar’s monarch, will struggle not to be drawn into so engaging a tale of love, dutiful obedience and jeopardy.

Admittedly, the premise behind Brenden Fletcher’s narrative for Issue One of “Isola” does sound somewhat similar to that of Sam Wanamaker’s 1977 fantasy film “Sinbad and the Eye of the Tiger”, in that it is based upon a ruler’s sibling enacting “a treacherous plot to transform” them into an animal and the sovereign’s friend thus undertaking “a perilous journey halfway across the globe to… [a] fabled island” where they hope to return them “to human form.” But whereas actor Patrick Wayne had the kingdom of Charak’s wealth and support to aid him in his quest, the soldier in this comic has no-one to rely upon, not even seemingly their regal ward; “What are you waiting for, Godsdamnit?! Get over there and tear that muck’s head off before he tells his clan we’re –” 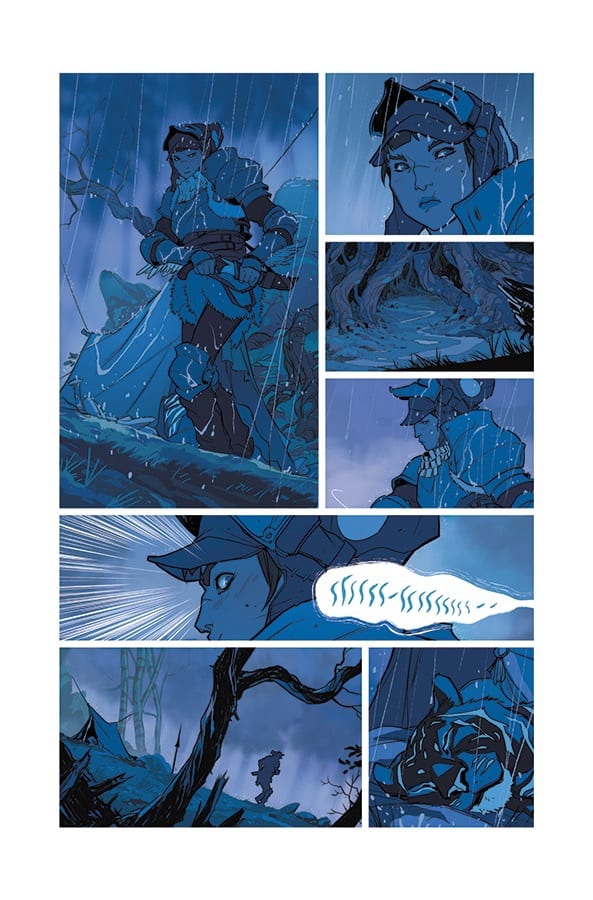 In fact, the Queen of Maar’s apparent lethargy towards her wickedly-wrought predicament is perhaps the book’s only weakness, with the great cat appearing nonsensically nonchalant about her dire situation and seemingly enjoying her opportunities to disregard the advice of her increasingly agitated guardian. Certainly one can understand Captain Rook’s frustrations when despite all her warnings and protestations the apex predator permits the eccentric stranger Pring to kiss her snout and then almost immediately afterwards fails to act when the lone, outnumbered protector battles three scavenging hunters.

Arguably the highlight of this publication however, is Kerschl’s gorgeous pencilling and incredibly animated storyboarding, which actually permits much of Fletcher’s tale to be told visually, as opposed to utilising word-heavy dialogue balloons. Enriched by the “lush colour work” of Msassyk, the sheer range of “exotic animals, sprawling forests, [and] mythic creatures” all “under one roof” really plays to the Canadian artist’s strengths and helps immerse even the most casual booklover into the leading cast’s tense, dilemma-filled travels.

Be sure to check out more of Simon’s reviews at his blog: https://thebrownbagaeccb.blogspot.co.uk/