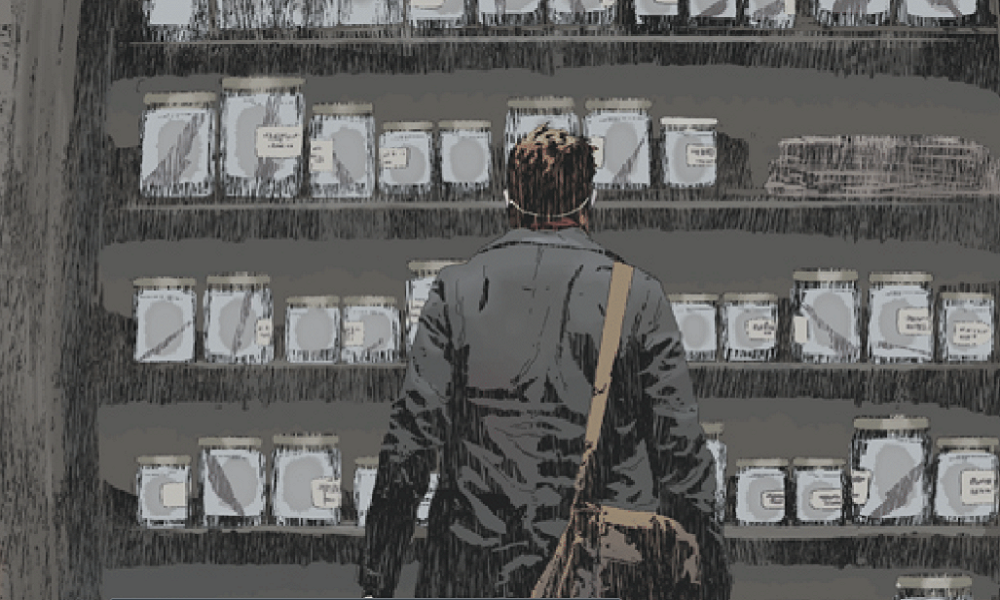 Gideon Falls #1: The Speed Of Pain
Reviewed by Rick Garcia

Image Comics has released a new mystery comic called “Gideon Falls” written
by Jeff Lemire who has written some quirky books in the past such as “Sweet Tooth” and “Underwater Welder”. The book opens up with a man walking around a city at night collecting various pieces of scrap metal. He seems to have a purpose. We follow this man back to his apartment where he has a closet full of these pieces catalogued. 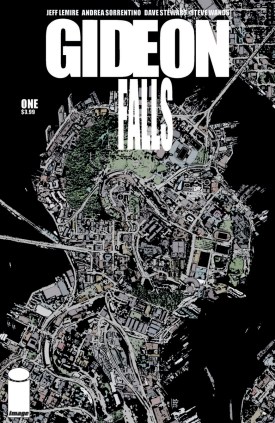 We then cut to a priest named Wilfred who is arriving in the town called “Gideon
Falls” after the death of the previous pastor. Father Wilfred meets up with a local woman who provides him with some information on his new town. Meanwhile, back in the city the man who is obsessed with collecting scrap begins to confess his ordeal to this therapist. Norton does not mention that he feels compelled to do this because of an evil force that he must keep at bay.

What’s going on? How are these two men and locations connected? “Gideon Falls” starts with an intriguing mystery, not spelling anything out and making you wonder where this all leads to. Jeff Lemire writes two distinct main characters (Father Wilfred and Norton) who are very different yet both relatable. It is a well-paced comic and as a writer he gives you just enough to keep you interested.

Andrea Sorrentino brings a moody art style to the comic which elevates the material. Colorist Dave Stewart keeps the colors muted which works in this atmospheric comic and the lettering by Steve Wands is also handled well. This first issue of “Gideon Falls” is a good start to a tantalizing mystery and well worth a read.