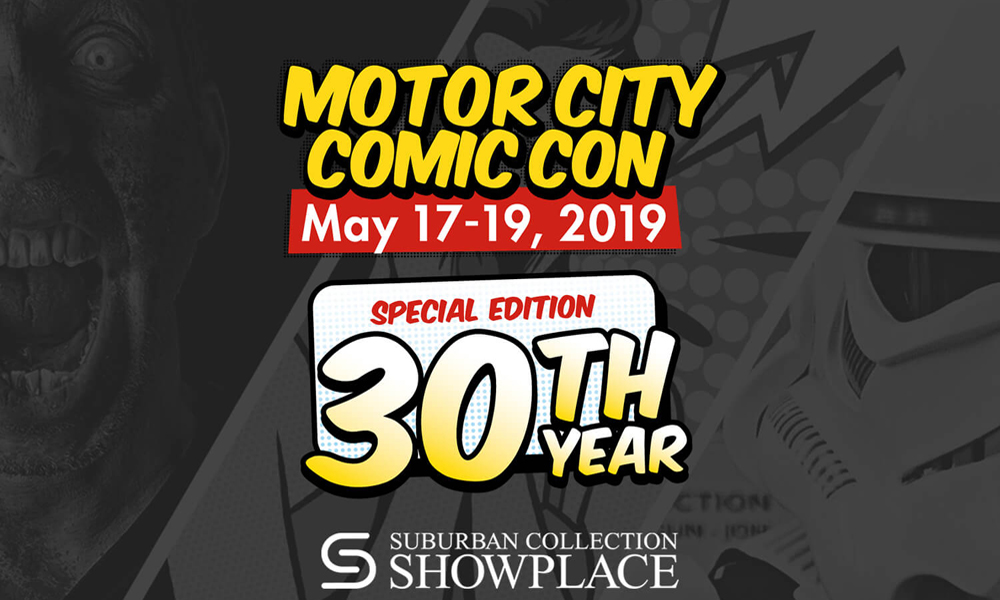 Motor City Comic Con was held this past weekend in Novi, MI. The con is the largest comic/pop culture show in Michigan and one of the largest in the country attracting in the neighborhood of 75,000 attendees. This year’s show was particularly momentous for a couple of reasons. First off, it was the show’s 30th anniversary. Secondly, the expansion of the show’s site at the Suburban Showplace collection has finally been completed, adding over 180,000 square feet of show space, bringing the total to nearly 450,000 square feet. Show promoter, Mike Goldman beamed as he told me about the additional space that was able to accommodate dozens of new exhibitors and artists.

The Motor City Comic Con always presents an eclectic list of media guests and this year was no different. Stars of 1970s TV like Barry Williams (The Brady Bunch), Henry Winkler, Lou Ferrigno, rubbed elbows with stars in current

Stars of Classic genre films Jack O’ Halloran and Sarah Douglas (Superman II), Henry Thomas (E.T.) mixed with stars of some of today’s biggest genre films including Pom Klementieff (Guardians of the Galaxy, Avengers Endgame) and Joonas Suotamo, the new Chewbacca in the Star Wars films. For Star Trek fans you had George Takei and Jonathan Frakes; for comedy fans there was John Cleese from the Legendary Month Python team; Tom Payne and Alanna Masterson (The Walking Dead) and Kristian Nairn from Game of Thrones. Also featured was WWE Hall of Famer, Shawn Michaels. Truly something for everybody!

One of the great highlights of the show is the many speaker panels and events which take place over the three days. The additional space allowed for even more available speaker rooms. At any time throughout the day there are three or four events going on simultaneously including gaming events, anime screenings, celebrity panels, comic panels, trivia contests, Cosplay contest, and special events for younger children. Sometimes the hardest part is trying to figure out which panel to attend. As a huge Sons of Anarchy fan I had to listen to Charlie Hunnam and Theo Rossi talk about their time in the hugely popular FX series. At the same time, as a child of the 70s it was a must to sit in on the panels with Barry Williams and Henry Winkler as they talked about two of the most iconic shows of the era, The Brady Bunch and Happy Days. And there was no way I was missing Sarah Douglas and jack O’Halloran discus Superman II, still one of the greatest superhero films ever made.

Going out onto the main convention floor, this year’s MCCC offered the largest and most diverse group of exhibitors in the show’s history. Sure…there are thousands upon thousands of comics from the Golden Age to the present. There are many dealers selling action figures and all types of toys. But it doesn’t end there. T-shirts, hats, posters, movie stills, swords and other renaissance style weaponry, jewelry, glassworks, metal crafters, wood crafters, wands straight out of Harry Potter, face painting, airbrush tattoos, art and illustration, gourmet foods, board games, heck there was even a dealer selling ocarinas! 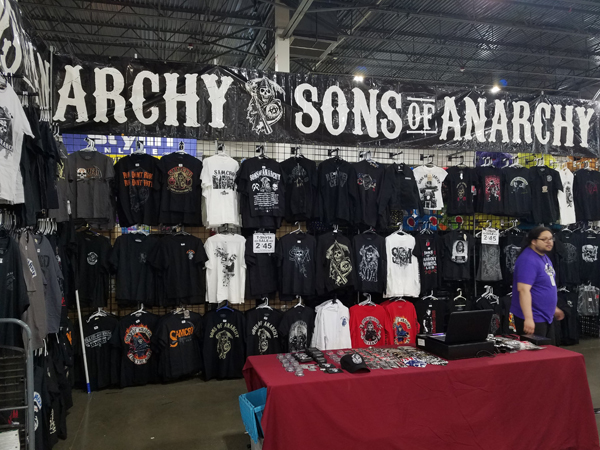 The increased floor space and (welcomed) additional parking definitely helped the show’s logistics and cut down of the headaches of attendees. The added speaker rooms allowed for more events than ever before. The premiere Comic Con in Michigan just got a hell of a lot better this year. If you haven’t been here, reserve your calendar for mid-May 2020!! 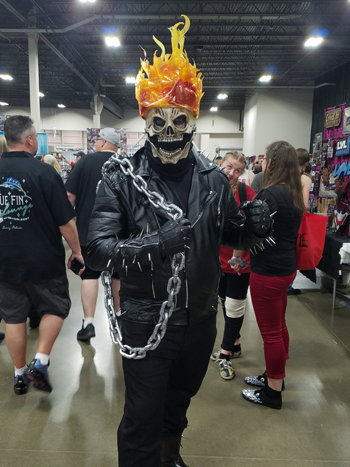 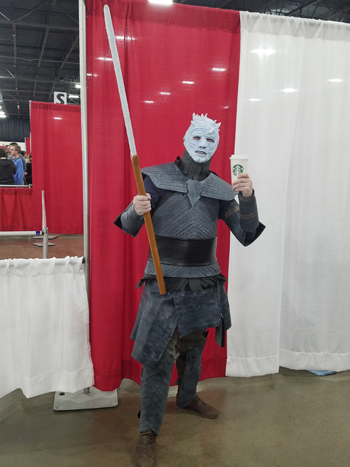 You can check out their website right here: https://www.motorcitycomiccon.com/