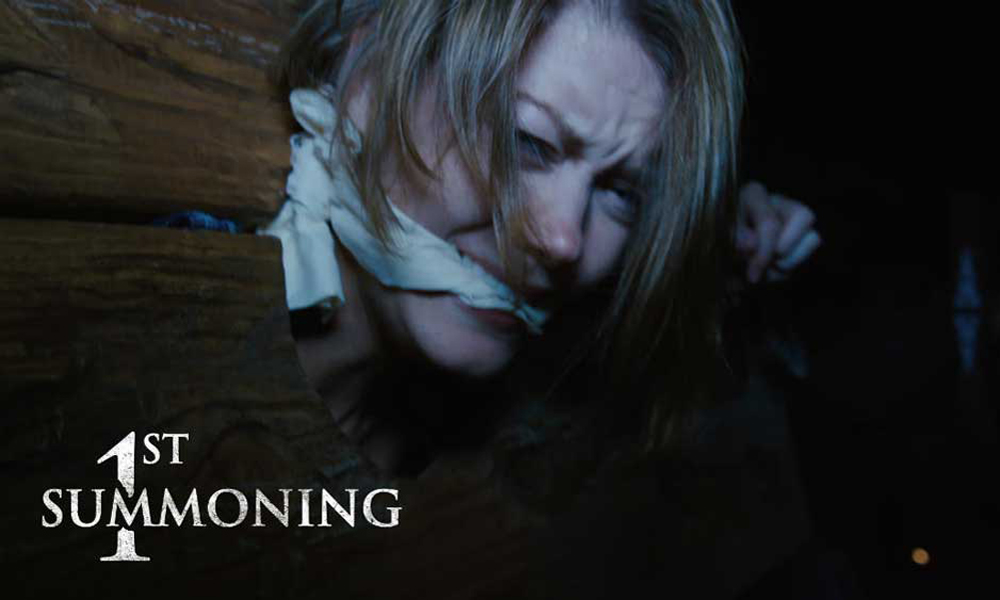 What is the appeal of ‘found footage’? It’s twofold: budget consciousness and a unique atmospheric experience.
The Blair Witch Project popularized the low-budget faux-documentary style as being financially viable and having widespread appeal. Studios and indie filmmakers alike immediately recognized the coveted combination of massive returns and relatively modest investment. When Paranormal Activity broke the bank all over again it was inevitable that anyone with a camcorder would set out to make their own riff on the general theme of amateur journalists meeting and being killed off by vaguely defined (and mostly offscreen) supernatural evil. 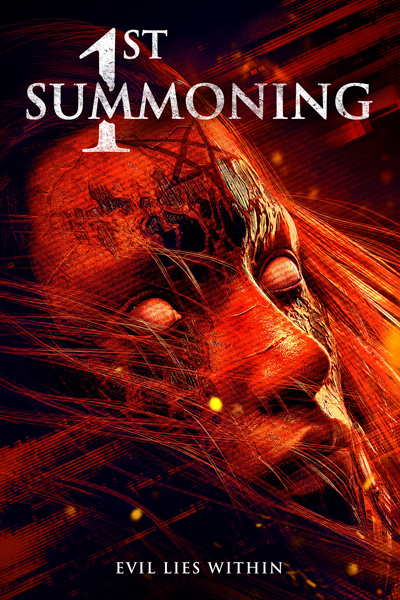 But to understand Found Footage as a genre you need to know more about it than just watching Blair Witch and copying it. For instance, and this is a cardinal issue with 1st Summoning especially, ‘found footage’ implies cameras recording things as they happen. This is difficult to reconcile with weird scenes in which cameras show the undercarriage of a moving car. Is one of the filmmaker hanging out of the doors to get coverage the wheel of the car? There’s an attempt at an explanation that there’s multiple cameras for the team to explain multiple angled shots, but this concept isn’t followed through with very well. Sometimes we see second unit shots from locations where the other cameraman is simply incapable of standing/sitting. There’s one scene in which we see the action from two different perspectives and we see two cameras but one camera is clearly not turned on…and it’s still recording. Just because it’s shot on camera doesn’t mean it’s found footage.

Well, maybe 1st Summoning is intended to be stylistically rather than realistically a found footage film? I’d almost agree except for the constant use of squeaking and crackling to create the impression that the camera source is literally adjusting the lens and video camera by hand. Sometimes the film will glitch and cut out also suggesting the audience is supposed to believe all of what they see was recorded by the character. It’s a given in-universe that if the footage is edited in a found footage film than the filmmakers in the film itself edited it at some point or someone else did so. However there are blatant cuts in longer scenes of 1st Summoning that seem impossible to do in camera. I realize films need to be edited, but in Blair Witch and other films it made scene we didn’t get to see EVERY minute of footage because someone edited it together after the fact, and when you’re shooting something other than a documentary you don’t tend to shoot for very long at any one time. 1st Summoning feels like a Blair Witch fan film without quite knowing either how documentaries are shot (how exactly do these guys keep constantly picking up perfect sound from people standing at long distances away or behind doors?) or how the film worked in a meta-context.

Exactly who is watching/editing the footage of 1st Summoning? Police? Friends and family? How was the footage ever found to begin with? Enough about the production: how does 1st Summoning serve as a horror film?
This is another issue with making it ‘found footage’ in the first place. There are LONG stretches of a relatively simple yarn about cults and demons and such in which the characters for the sake of verisimilitude bicker endlessly, do mundane activities and record long stretches of awkward silence and stillness. It’s semi-conducive to the atmosphere of dread perhaps but the premise is a little too familiar to fully invest in to the degree of patience the film requires. Like so many contemporary horror films the characters are not incredibly fleshed out or exactly likable so watching for their interactions and stories isn’t exactly compelling. The acting is decent although some bit parts are kind of overwrought. The sound effects are rather damningly canned which does take away from the sense of watching something as it occurs.

How about the inevitable baddies? Just jump scares in goofy masks. If you’ve seen one film like this you can already predict the beginning, middle and end. It’s all very routine if competently filmed for the most part (apart from a shaky hold on the found footage style) so if you like the genre or just need a horror fix 1st Summoning might do. It must have been a fun couple of days shooting and no one seems bummed about the experience (which is more than even Blair Witch could claim) but it doesn’t try to reinvent the wheel or even add a new tread to it. Beat by beat, by the numbers, nothing either spectacularly wrong or right.

Odd that the term ‘horror’ in many cases has become synonymous with conventional.