A man, Ray, takes his wife and extended family on vacation to an island in Greece. It’s the first time that the entire family has vacationed together and everyone has been looking forward to it. It’s not long, however, before they begin to notice strange things. Why are there no mirrors in their hotel rooms? Why are different members of the family having similar dreams each night? Even more intriguing, why are those same family members displaying bite marks on their bodies? 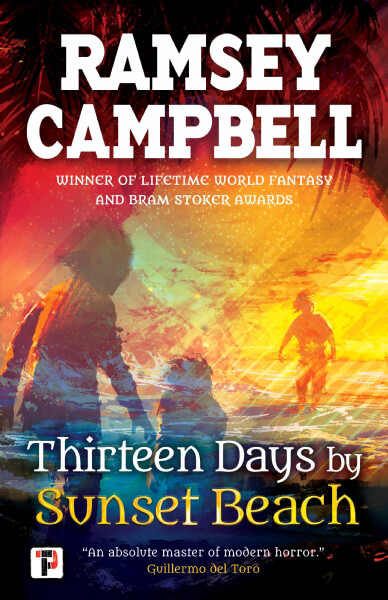 It was, in it’s way, well-written. I think for certain readers, they might even find it creepy and engaging. Even though I liked the beginning of the story, the rest slow pased. There is a small amount of action that actually happens, but it left you wanting more. There’s no energy here, no tension, no suspense, and absolutely no surprises. It was very easy to figure out early on. While there is definitely a local twist to the horror specific to Vasilema, but the type of evil was figured out way too early in the book. The descriptions were vivid, the details at points sucked you right in and you could almost reach out and touch things.

My biggest problem was I just didn’t care about the characters. First off two characters are introduced in the fist chapter. In chapter two, the rest of the family is introduced – so seven characters are introduced at once, and it was hard to sort out who is who for a bit. I wish they could have arrived at different times, I think this would have cut down on the slow pase and family drama. When the lead character is an old man, and the rest of the characters are flat it’s a bit hard to connect. I do like how the family was so wrapped up in family drama, that they didn’t see what was happening, but there was a little to much of the drama. I believe if there had of been less of the family drama this book could have been really dark and spooky.

Overall this was a very well written book, but the pacing causes it to be less creepy then I think the book could have been. I really did enjoy parts of this book, while I didn’t like others. I would recommend it to people who prefer a slower pace with a hint of horror.