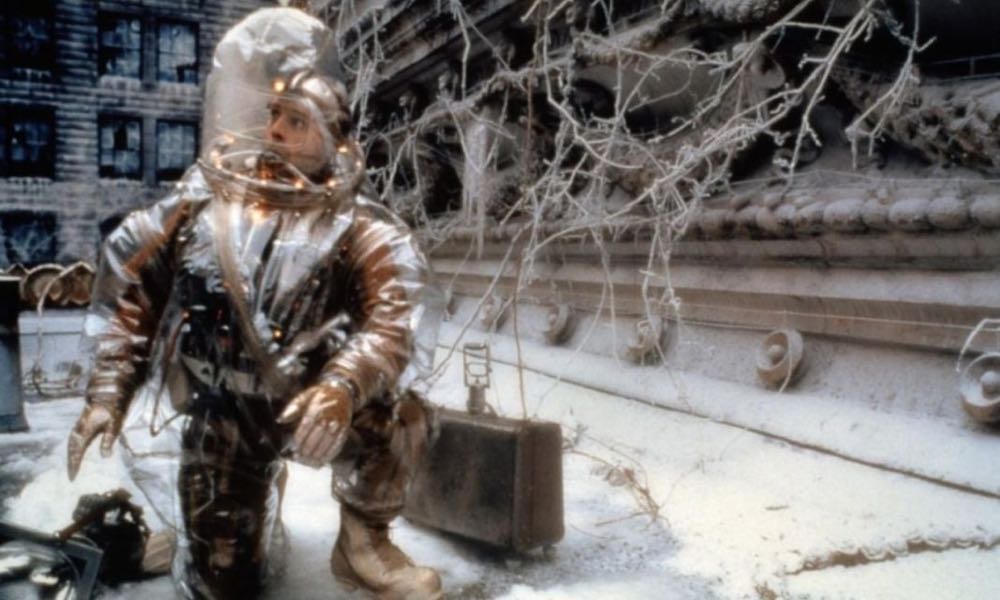 Time travel is a common theme in fiction; these temporal adventure stories can sometimes be tricky to get right. The concept of time travel by mechanical means got popularized in H. G. Wells’ 1895 novel, The Time Machine, one of my personal favorites. In general, time travel stories focus on the consequences of traveling into the past or the future. The central premise for these stories often involves changing history, either intentionally or by accident. The ways by which altering the past changes the future sometimes creates an alternate reality. In poor examples of this popular sub-genre, that’s where things sometimes spin out of control and get so complicated; it can get confusing and even annoying.

Revisiting 12 Monkeys, Terry Gilliam’s tragic time-travel movie the other night, was a reminder that this is one time-travel story that gets it right. The time travel aspect of the film is more or less something taken for granted here, and never explored beyond the fact it doesn’t always work as planned. The time travel device seems to work like a rubber band that snaps the time traveler back to the temporal place of origin when wanted.

Of course, when seeing one of Gilliam’s films, one thing to look for is his reliably, delightful and wacky unique brand of sometimes surreal, often bizarre, always enjoyable brand of art direction. Although it’s reserved almost entirely this time around exclusively for when visiting the films hellish depiction of a dystopian authoritarian subterranean future, the artist’s unique vision is still in evidence. 12 Monkeys still has Gilliam’s splashes of ironic imagery that are often disturbing and amusing at the same time in the way that only Gillim can do, accompanied by his trademark use of everyday materials in unexpected ways. It’s interesting to note the film’s depiction of the future is ironically filled with antique devices.

Although a great film, 12 Monkeys never escapes certain time-travel tropes that are common to these types of stories, however, that does not diminish this film as a great accomplishment. The film’s narrative is a classic time-travel tale of a hellish future trying to rescue itself by changing the past, an achievement that in most stories of this kind, is always out of reach, and often accompanied by an ironic and/or tragic ending.

The film’s cast elevates this material into not only a great science fiction film but an excellent film period. I got reminded just how daring some of the work done in this film is the other evening. In the role of James Cole, the man obsessed with solving the puzzle and escaping his hellish future home, Bruse Willis is excellent. This performance may be the best thing he has ever done as an actor, and  Brad Pitt’s memorable and disturbing portrayal of mental illness is riveting despite the limited screen time his character has in the film. Madeleine Stowe, in her role as psychiatrist Dr. Kathryn Reilly, becomes the symbol of tender compassion personified who connects with the man from the future she is initially convinced is entirely insane.

12 Monkeys is a scathing indictment of society’s traditional and institutionalized treatment of the mentally ill and how it affects those unlucky enough to get caught in its mechanizations. This film sends a loud and clear message that this is a problem in our world that is way past time to address and that things need to change in how we treat those that end up on the fringes of our civilization often through no fault of their own. It’s a reminder to be compassionate and kind to those in need of help. It’s times like these that see both the best and worse of what people can be; it’s up to all of us to choose whether to be part of the problem or part of the solution.