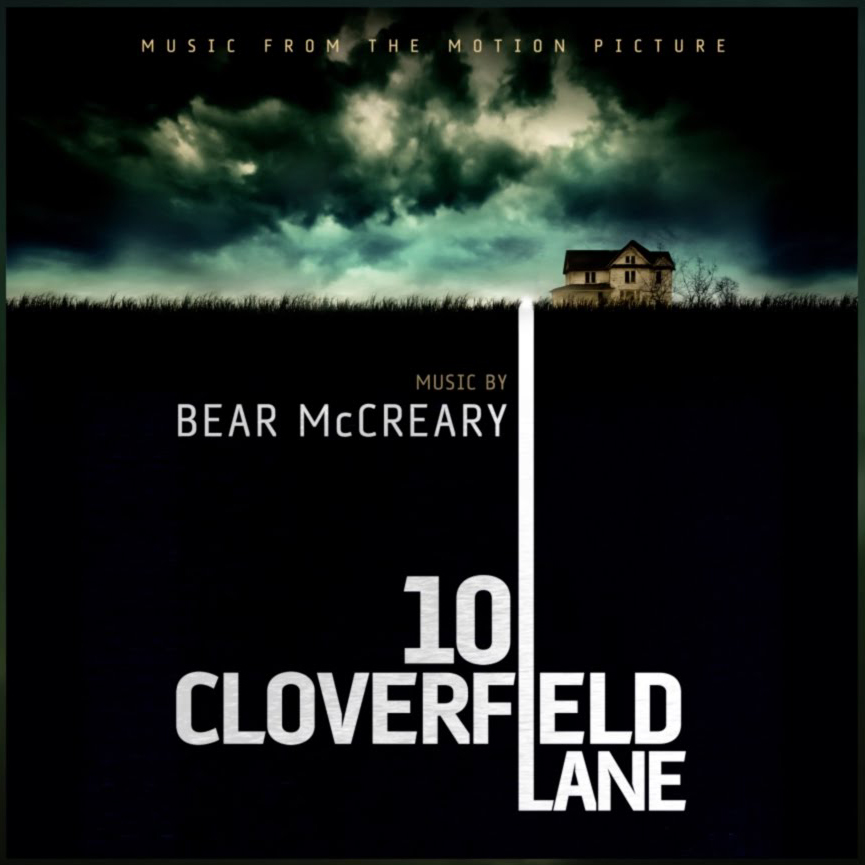 I first discovered Bear McCreary while watching Battlestar Galactica. His music was as much a part of the show as was the phenomenal acting. He invoked mystery, fear, suspense, heroism, and wonder. McCreary’s work has since grown on the small screen to encompass The Walking Dead, Agents of S.H.I.E.L.D., DaVinci Demons, and Outlander (to name but a few). TV composers, in my honest opinion, are work horses. They crank out themes and hours upon hours of music that ordinary people never think twice about. Yet, when they hear it, they know exactly what show that piece of music belongs to. See Alexander Courage’s work on Star Trek (TOS) and Mark Snow on The X-Files for further examples. Can composers of the small screen make the transition? Yes, as even John Williams had to start somewhere.

This is an incredibly difficult review to write. I am only going to add to the praise that Bear McCreary has already received for his work on 10 Cloverfield Lane. When I saw the film (see review), I had not yet heard the score by itself. I experienced the film and the music simultaneously, as one should. From the start, one could easily feel that this was something different. McCreary’s score is the unspoken dialogue of 10 Cloverfield Lane. As Michelle (Mary Elizabeth Winstead) plans out her next move in the shelter, we are treated with a mysterious set of strings that keeps us guessing about the benefits and downfalls of her situation. Is Howard (John Goodman) telling the truth or has he abducted her? McCreary supplies that monologue, thus allowing Winstead to internalize to the audience. It is a great combination of both the actress, saying as much as she does with her eyes, and the music, conveying all her doubts.

Comparisons will always be made to sell people on a new composer or on one that many moviegoers will not have heard of. There have been huge nods to McCreary’s score sounding like the great Bernard Herrmann. It is definitely there. However, I felt as if “Michelle” (track #1) encompassed more the stylings of Ennio Morricone. Yes, the strings remind many fans of Herrmann’s work, but I was instantly taken back to Morricone’s The Good the Bad and the Ugly. Only here McCreary uses strings sliding across the screen to set the tension, instead of a harmonica.

Bear McCreary has now entered into a completely different class of musician, one that the masses will start to take notice of. Fans of movie scores already look at who is doing the score to a motion picture when they either see the poster or that first (full length) trailer. We can now expect to see McCreary’s name time and time again.

Need another one of Bear McCreary’s cinematic joys? Check out our review of The Forest Soundtrack here.

Can composers of the small screen make the transition? Yes, as even John Williams had to start somewhere.

Rating: 4.5
Our review
Next Level

Can composers of the small screen make the transition? Yes, as even John Williams had to start somewhere.