10 Big Little Moments in the MCU 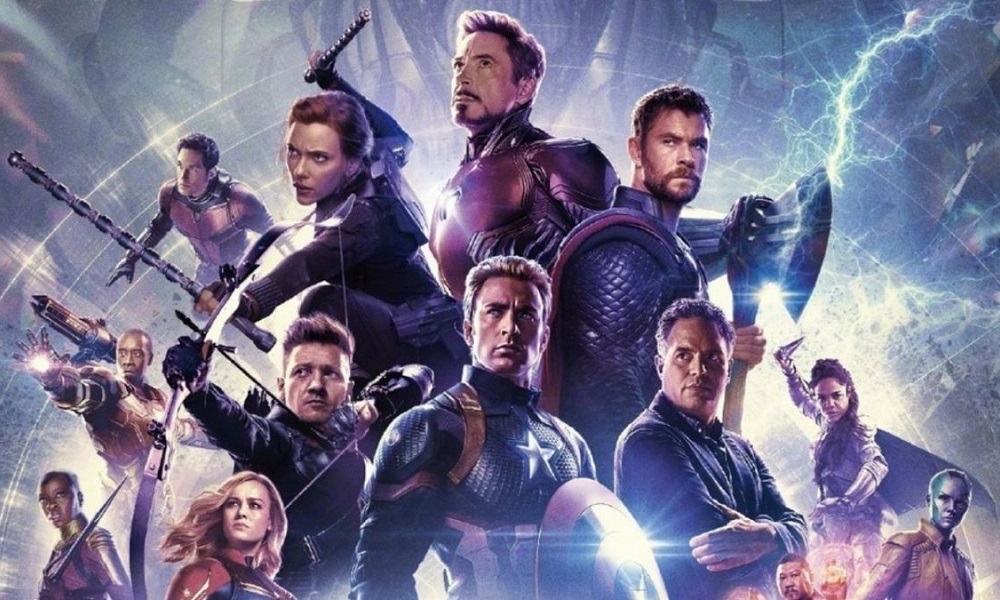 As Endgame busies itself cementing the legacy of the Marvel Cinematic Universe, it’s worth noting one of the key components to its success. “These characters are a public trust,” producer Kevin Feige once said, and the MCU thrived on that adage. It treated its heroes as far more than the sum of their gimmicks: fleshed-out, three-dimensional souls with down-to-earth problems that no high-tech armor or magic hammer could solve. Indeed, some of the best moments of the MCU come from those simple, humble moments of humanity amid the explosions and spaceships. Endgame thrives on such moments, and it’s still WAY too early to start unpacking them in a public forum without spoiler alerts.

Instead we’re going to look at 10 similar moments from earlier in the MCU. Some involve big characters, some small. Some use CGI effects, while some are pure acting. And the list is a LONG way from exhaustive. (Anyone reading could probably rattle off another dozen of them without breaking a sweat.) But all of them demonstrate how the franchise earned its soul, and why these figures have become such a beloved part of pop culture.

We’ve ranked them in chronological order by film release. We’re not making quality calls on this one; they’re all great.

(Mild spoilers follow, though nothing from Endgame. Fairly warned thee be, says I.)

The original Captain America benefits immeasurably from Hayley Atwell’s no-nonsense Peggy Carter, whose lost romance with Steve Rogers remains the saga’s most poignant love story. The best moment – funny, sweet and deeply human – comes with her initial assessment of Rogers after his transformation. The kindest, most principled human being she ever met just stepped out of the pod with a Charles Atlas body… and it’s all she can do to keep her hands off of him.

If you could encapsulate the MCU in a single moment, it would doubtless be Joss Whedon’s famous fly-around shot of the original six Avengers, united at last in the face of an overwhelming foe. But the kick-off to that moment really belongs to one particular Avenger: Mark Ruffalo’s Bruce Banner. The Hulk was perhaps the greatest question mark in that entire film, having stumbled through an ambitious-but-flawed effort from Ang Lee, then recast following a less-than-stellar reboot in the MCU. Ruffalo was the third actor to play the part in eight years, and no one quite knew if the Hulk was going to fly in an ensemble piece like The Avengers. The actor put all that to rest with seven little words, which both gave the character his due at long last and served as the ideal springboard for the iconic image that followed.

Scarlett Johansson’s Black Widow crept into the franchise on little cat’s feet: a great thing about a less-than-perfect movie that led to an integral position at the center of the saga. But she really came into her own in 2014’s Captain America: The Winter Soldier. With SHIELD compromised and the heroes on the run, she reckons with a lifetime of living among shades of gray. She’s operated under so many false personas that she’s no longer certain there’s any “her” left – a notion that makes her much more than a one-note dispatcher of bad guys. More importantly, her slow discovery of a moral compass demonstrated that the MCU had no intention of resting on its laurels after Avengers 1.

Howard, of course, is a walking poster child for Marvel’s earlier movie endeavors: an infamous bomb now considered one of the worst things Hollywood ever produced. Naturally, the MCU found the perfect way to reintroduce him – complete with a spot-on vocal performance from Seth Green – and captured more of Howard’s subversive weirdness in 30 seconds than the feature film did in two hours. (Having said that, Lea Thompson wants to direct the MCU version… and I kinda wanna see that a lot.)

If Winter Soldier was Black Widow’s coming-of-age as a character, then Age of Ultron was Hawkeye’s (Jeremy Renner). As with Winter Soldier, it meant screen time in a crowded field for a hero who had yet to appear in his own movie. Clint Barton gained a family, a proper past and even a weird protégé in the Scarlet Witch (Elizabeth Olsen). His stirring pep talk to her stands as a series highlight, not only because we see the character fully realized at last, but because of the sly way it both dignifies and sends up the film’s more ridiculous elements.

Captain America: Civil War produces a pair of moments for this list, both occurring at the very end. Besides Thanos himself, no one caused more damage to the Avengers than Baron Zemo (Daniel Bruhl), a non-powered human who all but destroys them simply by turning them against each other. Had he not, Thanos might have been stopped before the apocalyptic end of Infinity War… and Zemo didn’t need magic stones to do it. His icy retort to Martin Freeman’s cynical interrogator says it all. Villains tend to get their just desserts in the MCU (see #10). Sometimes, heroes do too.

The MCU’s first three part-3s – Iron Man 3, Captain America: Civil War and Thor: Ragnarok – all feature “magic feather” moments, in which the titular hero loses his respective toy. Thor loses his hammer, Tony Stark (Robert Downey, Jr.) his armor and Captain America (Chris Evans) his shield. For Stark and Thor, the loss marks the beginning of the movie, and they spend the rest of the running time learning how to be a hero without a crutch. Cap? He lets his shield drop without a second thought. It’s not the weapon, it’s the person. Rogers understands that; the other two need to learn.

The late Stan Lee became the unofficial representative for Marvel’s Silver Age trailblazers, and his movie cameos – which extended well beyond the MCU – became a wonderful tradition in the process. The best came at the end of Guardians of the Galaxy Vol. 2, as a trio of Watchers stroll away indifferently from his debriefing. The Watchers themselves are Marvel’s living embodiment of the third-person narrator, and the idea that Lee’s various cameos are all the same guy they’re using to keep tabs on everyone (including those from the X-Men universe and elsewhere) is a singularly perfect homage.

The MCU takes full advantage of its long arc to evolve the main characters, and some of that comes out in interesting ways. Chris Hemsworth’s Thor, for instance, has taken on the qualities of a straight man in the last few films. Thor’s lunkheaded arrogance makes him the ideal butt of the joke sometimes, and yet even at his most ridiculous… he’s still the God of Thunder.

Joe and Anthony Russo pull off a surprisingly sophisticated balancing act with this notion as Thor and Rocket (Sean Gunn/Bradley Cooper) head to Nidavellir to forge his new weapon. They never short-sell Thor’s overwhelming grief, nor his sense of responsibility for allowing Thanos to all but wipe his people out. But they also simultaneously take the piss out of his lingering ego and mine a few laughs in the bargain. It’s an extraordinary mixture of mood and tone, and some of the best pure acting Hemsworth has ever done.

Hugo Weaving’s Red Skull was one of the bright spots in a franchise that took time to find worthwhile villains. He seemingly met his end at the finale of the first Captain America… only to return as the guardian of the Soul Stone in Infinity War (with Ross Marquand aptly taking over for Weaving in the part). Forcing him to forever tend the thing he most desires with the knowledge that he will never obtain it is positively Greek: a fitting punishment for one of Marvel’s greatest villains as well as a cool “ah-ha!” moment for the fans.